Has Washington Activated its New Strategy on Iran? 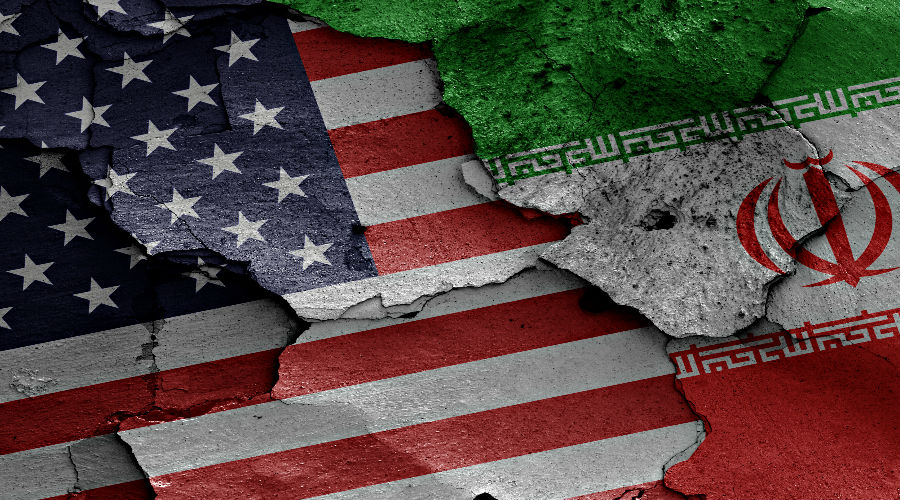 The US Administration of President Donald Trump is working hard to uncover several flaws in the 2015 nuclear deal with Iran that led to the lifting of sanctions against Tehran in mid-2016. The aim is to throw light on Tehran's continued violation of the deal, also known as the Joint Comprehensive Plan of Action (JCPOA), and prove that the assertions of the International Atomic Energy Agency (IAEA) that Iran is in compliance with the accord are facing no easy challenges.

Washington aims to send out a strong message to involved European states that their reliance on keeping the nuclear deal in place can impose direct threats to their interests because Iran goes too far in using it for money laundering, sponsoring terrorism and smuggling weapons to terror groups operating in crisis-hit countries by circumventing some relevant European laws.

In this light, the US Department of Treasury, on November 20,  imposed sanctions on six Iranian firms and individuals for circumventing European export control restrictions and procuring advanced equipment and materials to print counterfeit Yemeni banknotes potentially worth hundreds of millions of dollars to help the Qods Force of Iranian Revolutionary Guard Corps to support its destabilizing activities.

Through the new sanctions, Washington seeks to achieve two goals.

Firstly, Washington sent a message to Tehran that the United States will activate its new strategy on Iran that he announced on October 13, 2017 to address challenges that, in addition to the nuclear deal, include Iran’s interference in the internal affairs of regional states, sponsoring terrorism and involvement in money laundering operations in collaboration with allied militias and primarily Hezbollah. The Lebanese-based militia group was also hit with sanctions by US Congress five days later, on November 25, in a bid to strengthen efforts to dry up its ability to finance its terrorist operations.

In other words, through this message, Washington sought to put strong pressure on Tehran and assert that it is adamant on countering Iranian military arms in the region that played a role in exacerbating the crises in Syria, Lebanon, Yemen and Iraq. Washington already condemned Hezbollah’s involvement in the conflict in Syria and the rebel Houthi group’s threats to Yemen’s neighbors upon instructions from Iran.

Secondly, Washington seeks to consolidate its efforts to convince European states that their insistence on entering into large economic deals with Iran, based on their reliance on its compliance with the technical aspects of the nuclear deal, including lower uranium enrichment levels, will send a wrong message to Iran. That is, in Washington’s view, this European approach can embolden Iran to insist on pursuing its current policy virtually rendering the nuclear deal meaningless. The primary goal of the deal that the world powers seek to achieve is to use it to support stability in this region. But this goals has not been achieved because Iran is involved  in regional crises and is blocking efforts to reach settlements.

In other words, through the new sanctions, Washington seeks to reiterate that Iran’s engagement in international commitments cannot be counted on because of its continued circumvention of the nuclear deal. That is, Iran used front companies in Europe to obfuscate the actual end user of procured counterfeiting equipment, which is the IRGC, to help it fund its extraterritorial activities and support its ability to support terrorist organizations serving Iran’s agenda in the region and in Yemen, Lebanon, Syria and Iraq in particular.

This was evidenced in Secretary of Treasury Steven Mnuchin’s statement in which he said that this large-scale counterfeiting scheme exposes the deep levels of deception the IRGC-Qods Force is willing to employ against companies in Europe, governments in the Gulf, and the rest of the world to support its destabilizing activities. Mnuchin added that counterfeiting strikes at the heart of the international financial system, and the fact that elements of the government of Iran are involved in this behavior is completely unacceptable.

Washington appears to be aware that some European states such as France are now convinced with the justifications it used to develop its new strategy on Iran, especially because of Iran’s insistence not to be in literal compliance with the JCPOA while also digging for legal flaws in it. Moreover, Iran insists that the issue of its ballistic missile development program is not part of by the nuclear deal and continues to conduct more missile tests and even smuggle missiles to the Houthis who used them to target the Saudi capital of Riyadh on November 4.

As part of EU’s concerns over the situation in the Middle East, French President Emmanuel Macron mooted the possibility of fresh sanctions, saying that he was “very concerned” about Iran’s missile program following the firing of a missile from Yemen into Saudi Arabia.

Such statements are significant for two main reasons.

Firstly, they indicate a new approach within the European Union that is not solely focused on facilitating efforts to keep the nuclear deal in place - which has been an obvious cause for disagreement with the Trump Administration in particular- but also has the view that this policy, along with other factors, has prompted Iran to move towards further expanding in the region using its influence on various terrorist organizations such as Hezbollah and the Houthis.

Previously, EU’s foreign policy chief Federica Mogherini emphasized that Iran is in compliance with the nuclear deal and sought to put pressure on the Trump Administration to dissuade it from withdrawing from the deal and taking action to block efforts to keep it in place thus giving a chance to Iran’s hardline conservatives freeze the deal.

Secondly, such statements followed an escalation in threats posed to other states in the region, especially after Yemen’s Houthis fired a ballistic missile on Riyadh, a crisis broke out in Lebanon because of Hezbollah’s policies and Iranian officials insisted on poignantly criticizing measures taken by Arab states to defend their security and stability against such threats.

In this light, it can possibly be said that if the United States continues to take similar measures, Iran is likely to be presented with difficult choices and  significant  weight will be added to international views that it is not possible to trust that Iran will be abide by any international agreements and the nuclear deal in particular. That is because the nuclear deal appears to be entering a new phase where it will be tied to various potential trajectories to be determined by whatever decisions are made in mid-December by US Congress on whether to reimpose economic nuclear-related sanctions on Iran that were lifted previously. This will determine Iran’s final decision of whether to stay in or exit the nuclear deal and revert to reactivating it nuclear program.