Reasons for the Worsening Tension between Iran and France 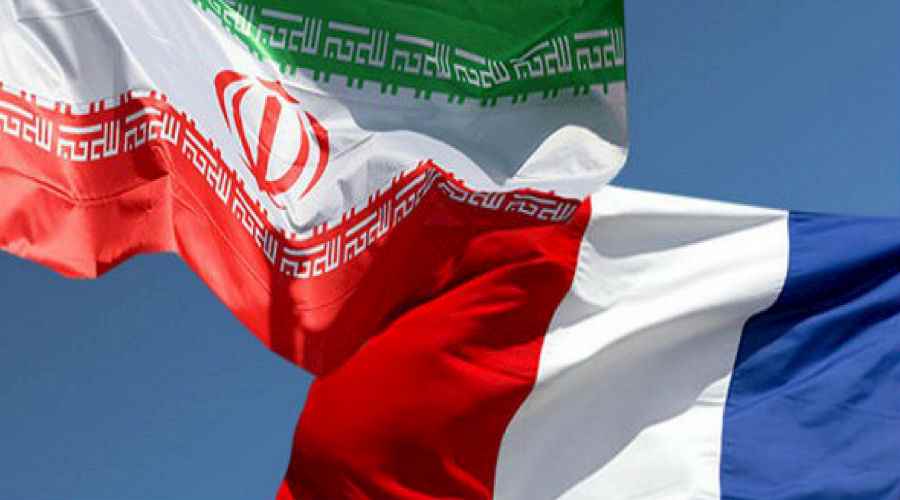 It seems that tension will gradually build up between France and Iran during the next period, especially after the outstanding differences between the two sides have gone beyond the nuclear agreement and begun to spill over into other non-nuclear issues, such as the ballistic missile program and the roles played by pro-Iran sectarian militias in some countries of the region, chiefly the Popular Mobilization militia in Iraq.

During his meeting with the President of the Kurdistan Regional Government (KRG) Nechirvan Barzani, in Paris on 2 December 2017, the French President Emmanuel Macron called for disbanding all armed factions including the Popular Mobilization militia, noting that he had previously spoken with the Iraqi Prime Minister Haider al-Abadi about this issue.

Undoubtedly, this call will not gain acceptance in Iran, which continues to consider the continuation of sectarian militias without disbanding them - even after the Abadi’s declaration a victory over ISIS - is a key tool to cement its regional influence within Iraq, Syria, Lebanon, Yemen and other states. This matter is likely to mar the relations between the two parties during the next period.

Iran’s displeasure at Macron’s call to disband the armed militias in Iraq is not only linked to its interventions in regional crises, but also to three main considerations: Firstly, this means that Paris now sees the Iranian role in Iraq as having adverse repercussions on the security and stability of the latter, suggesting that the French position is relatively close to that of the U.S administration in this context.

Accordingly, many estimates in Iran have shown particular interest in the remarkable coincidence between Macron’s new initiative and the warnings of CIA’s Director Mike Pompeo to Qasem Soleimani Commander of the Quds Force affiliated to the Islamic Revolutionary Guards Corps (IRGC), on 02 December 2017, against any possible threats to U.S. interests in Iraq in the coming period. “I sent a note. I sent it because he had indicated that forces under his control might in fact threaten U.S. interests in Iraq,” Pompeo said at a Defence Forum at the Ronald Reagan Presidential Foundation and Institute in California, adding that “The United States will hold him (Soleimani) and Iran accountable for any attacks against the U.S. interests in Iraq”.

Although Iran tried to downplay the impact of the U.S. warnings, which came in response to threats made by Revolutionary Guard Commander Muhammad Ali Jaafari to Washington on October 8, to remove its bases for more than 2000 kilometers if it classifies the IRGC as a terrorist organization, through suggesting that “Soleimani did not respond”, that does not mean that it does not care about the warnings, especially since any serious threat to U.S. interests in Iraq may exacerbate the current tension between Washington and Tehran to an unprecedented degree. As there will be other options that Iran does not seem so adventurous to face at the current stage, foremost among which is the military option.

These estimates, therefore, considered that this coincidence between the U.S. escalation and the French call may point to a new policy espoused by Western countries to exert pressure on Iran not only to abide by the nuclear agreement but also to stop its meddling in the region and its support for terrorist and armed organizations.

Secondly, this initiative came after the eruption of the Lebanese political crisis, which was caused by Hezbollah’s involvement in the Syrian conflict to serve the Iranian objectives in shoring up the Syrian regime and reinforce its influence within Syria, Lebanon and possibly other countries such as Yemen, as well as its role in threatening the security and stability of some other countries, such as Kuwait and Bahrain.

Hence, Iran does not separate macron’s call from the pressures exerted by many regional and international powers in the current period to push Hezbollah to abide by the general policy adopted by Lebanon, particularly with regard to the principle of “disassociation” from the conflict in Syria and the negative roles played by Iran in the region. Tehran believes that the main objective of such pressures is to weaken its role and reduce its ability to entrench its influence within crisis states.

Similarly, Iran may link these pressures with the developments on the ground in Yemen since the beginning of December following the confrontations that have intensified between the People’s Congress Party, which was led by former President Ali Abdallah Saleh before his assassination on December 4, and the Houthi rebels, especially given the international community’s call on the need for the Houthis to abide by Security Council Resolution No. 2216. Iran may also link the pressures with France’s inclination to focus on Houthis' threats to neighboring countries. This was clear when France condemned the launch of a ballistic missile on Riyadh on November 4. Furthermore, France asserted that missile attack demonstrates the dangers of ballistic missiles’ proliferation on a large scale in the region, referring to the ballistic missile program, which Iran refuses to stop developing despite the fact that it runs counter to the nuclear agreement.

Thirdly, it relates to the fact that Macron’s call was announced during the visit of Kurdistan’s president to Paris. This led Iran to link it to the efforts being made by some international powers to resolve the lingering crises between Kurdistan and the central government in Baghdad. These efforts occurred in the wake of the action taken by Baghdad to prevent translating the results of the referendum on independence, held on September 25,  into procedural steps on the ground, in a manner that may not necessarily match the calculus of Iran and other parties that pursue the same hardline policy towards the independence of Kurdistan, mainly Turkey and Iraq.

Therefore, it may be argued that the tension will become a hallmark of the relations between Tehran and Paris over the coming period, especially given the former’s insistence on adopting a confrontational policy in dealing with the pressures facing its efforts to bolster its influence in the region, which has become one of the most important reasons for the spread of chaos and instability in some countries.

In this context, Tehran may not only back the opposing positions taken by many Iraqi figures and actors loyal to Iran towards Macron’s call, like the Iraqi vice-President Nuri al-Maliki, who considered it an infringement of Iraq’s sovereignty and institutions and French interference in its internal affairs. Tehran may take advantage of this controversy to send messages to Paris and other parties that it will not deal positively with such initiatives, as it considers itself the main target.