What Holds Some Terrorist Organizations from Joining al-Qaeda? 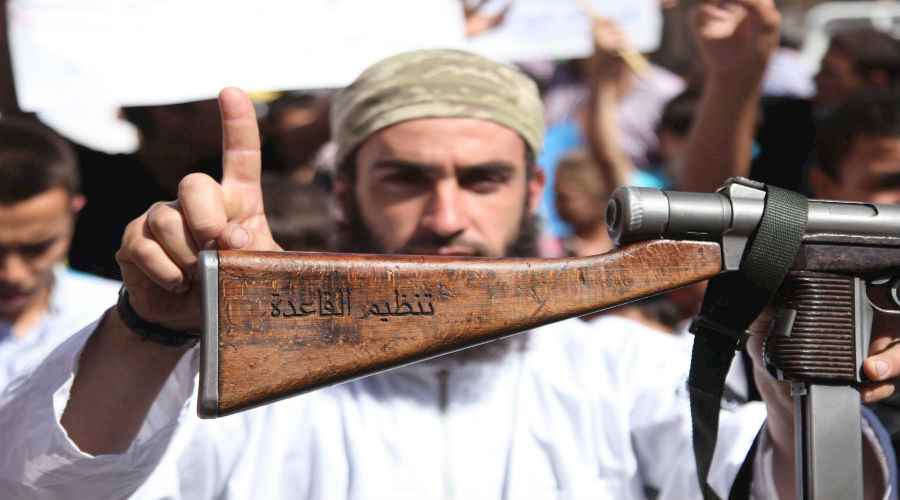 The Sahel and Sahara region has witnessed, in recent years, the emergence of a number of terrorist groups that adopt extremist ideologies, but without engaging with major cross-border terrorist organizations such as al-Qaeda despite developing strong ties with them. The situation prompted views that these new groups are undeclared branches of the mother organization due, on the grounds that their ideology is, to a large extent, identical to that embraced by al-Qaeda. Moreover, these new groups show support to al-Qaeda’s terror attacks, which raises questions about the reasons why there are such groups that operate under various names and are, at the same time, keen to set themselves aside from al-Qaeda.

Al Qaeda in the Islamic Maghreb has always been keen to support its expansion in the region, especially after the decline in ISIS influence, but this has not prevented the emergence of other ideologically different groups that later joined the organization. What stands out here is that al-Qaeda was not involved in confrontations with these groups and has not attempted to eliminate them or curb their influence, as it did with ISIS-affiliated groups, where rivalry features in relations between terror organizations.

The most prominent of those is Nusrat al-Islam wal Muslimeen, established after a merger between the Sahara Emirate, Al Mourabitoun, Ansar Dine and Macina Liberation Movement on March 2, 2017, under the command of Iyad Ag Ghaly, the former leader of Ansar Dine. The Macina Liberation Movement belongs to the Fulani ethnic group, while the Ansar Dine belongs to the Tuareg people. Despite their strong ties with al-Qaeda, these groups were keen to adopt wider approaches to assimilate extremist groups that differ ideologically.

Less powerful and geographically spread organizations emerged in this region. These include the Burkinabe Ansarul Islam, which is close to the Macina Liberation Movement and is considered an ethnic organization representing the Fulani people. This explains why no militants from other ethnic groups have joined these organizations as in the case with Ansar Dine and the Movement for Tawhid and Jihad, which both have foreign fighters within their ranks.

In Tunis too, some al-Qaeda affiliated organizations such as Katibat Uqbah Ibn Nafi and the Katibat al-Fateh al-Mobeen, have emerged. The carefully-selected names of these organizations indicate a keen interest in showing no affiliation with al-Qaeda although they largely embrace the organization’s ideology.

Perhaps these terror groups’ interest in being organizationally distinct from al-Qaeda despite ideological convergence can be explained as follows:

1- Reducing Organizational Restrictions. Despite their ideological convergence with it, these organizations are reluctant to join the ranks of al-Qaeda because they want to avoid possible organizational restrictions. That is, joining al-Qaeda would restrict their free movement and room for maneuver because they will have to commit themselves to the organization’s principle of total loyalty and obedience thus involve themselves unwillingly in terrorist attacks and battles or carry out missions that are against their own interests and current calculations.

2- Achieving Particular Goals. There are views that these groups which emerged in the Sahel and Sahara region belong to the ethnic or tribal terrorism because they were founded to achieve particular goals related to their ethnic and tribal affiliations under jihadist slogans (The Macina Liberation Movement and the Ansarul Islam). In this sense, joining, and vowing allegiance to al-Qaeda would block them from carrying out their own goals and cause a decline in ethnic and tribal support thus reducing their ability to recruit more extremists from ethnic groups and tribes.

3- Securing More Support. It is well known within terrorist circles that financial support for recruiting new groups is usually greater than support extended to the organization’s existing groups. That is because the primary goal of major terror organizations is to drive groups to declare their allegiance and commit themselves to its terrorist directives.

4- Expanding Recruitment Activity. Some terrorist groups use carefully-selected names such as Ansarul Islam and Ansar al-Sharia to enhance their ability to recruit as many terrorists as possible although some prospective recruits differ ideologically with al-Qaeda.

5- Counter External Pressures. Some terrorist groups in the Sahel and Sahara region believe that joining al-Qaeda can bring stronger regional and international pressures on them in the future. Leaders and elements of these groups do not rule out the possibility that al-Qaeda will be the next target of military operations by some regional and international powers, especially after ISIS recently suffered defeats in Syria and Iraq.

It can possibly be said that this trend is likely to be on the rise in the coming period, in particular in light of an increasing international interest in combating existing major organizations, and the continued rivalry and conflict dominating their ongoing interactions.