Why does North Korea Cling to its Nuclear Program? 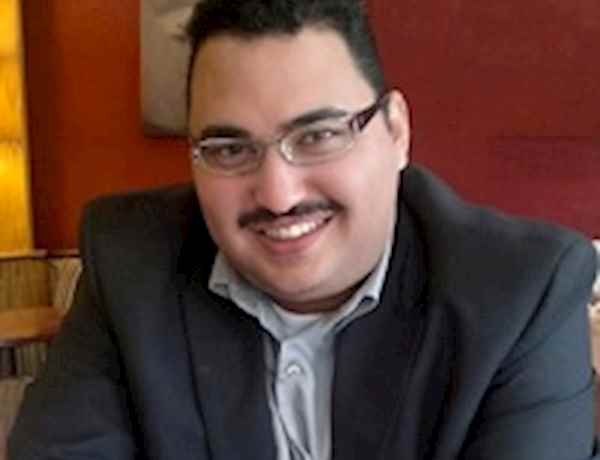 There are many explanations for North Korea’s “nuclear stalemate” ranging from analyzing the doctrines and ideologies of the Korean leader Kim Jong-Un, to reviewing the foundations and pillars of the regime in Pyongyang, and assessing the status of the international system and global trends that led to undermining the nonproliferation regime, according to some analysts, on top of them Richard Haas head of the US Council on Foreign Relations. Yet, the historical perspective was missing from the reasons that led North Korea to cling to its nuclear weapons. In this regard, it can be argued that North Korean nuclear policy dates back to the establishment of the North Korea State and the Korean war, which contributed to the exacerbation Pyongyang’s security dilemma.

The relation between possessing nuclear weapons and sustaining security is one of the key issues in the field of international relations, since the US used nukes in World War II. Yet, the ongoing debate among major theories and schools about acquisition of nuclear weapons for security remains undecided. In this respect, academia focus on some threats that ensue form the reliance on nuclear weapons to achieve security for States, the most important are as follows:

1- Risks of misperception: Misperception could drift the nuclear powers into a devastating military confrontation. Benoît Pelopidas, professor of security studies at Institute of Political Studies, Paris, in an article in the journal of World History in October 2017, proposes several hypotheses about how avoiding nuclear confrontation by the US and the Soviet Union over the Cuban missile crisis in 1962. Pelopidas argued that it was not a result of sound political judgment from their leaders, but rather a coincidence which prevented the occurrence of incidents that could trigger military confrontation.

During the cold war era, many incidents occurred, which increased the odds of using nuclear weapons, such as the threats by General Douglas MacArthur Commander of American military operations in Asia, to use nuclear weapons against North Korea and wage all-out war against China. The US threats were repeated during the Vietnam war. The incident of “Able Archer exercises” was one of the most important historical examples of nuclear threats, which occurred when the Soviet Union stepped up military and nuclear preparations in response to NATO military exercises in Western Europe in 1983, which the military leaders misinterpreted them as preparations for a nuclear war against Eastern Europe countries.

2- Imbalance of deterrence: Reliance on nuclear deterrence poses implicit threats, which involve potential nuclear imbalance. For example, the equation of (Mutually Assured Destruction-MAD) that prevailed over the relations between the US and the Soviet Union during the cold war did not achieve security for the poles of international interactions, but contributed to the “insecurity” dilemma and sustained threats. Such threats led them to engage in a prolonged race to develop their traditional military capabilities. In addition, deterrence depends on the opponent’s conviction that the state has the capacity, willingness and determination to use nuclear weapons to respond to hostilities, which may not be achieved in some cases.

3- Nuclear insufficiency: Possession of nuclear weapons does not guarantee victory in military confrontations, in what may be called (Nuclear Insufficiency). Major powers, which possess huge nuclear arsenals suffered military setbacks, such as the Vietnam war fought by the US in 1970s and the Soviet Union’s invasion of Afghanistan in 1979. In conventional military confrontations, the leverage of having nuclear weapons fades away, if the military doctrine of the state avoids using these weapons to achieve military victory fearing international condemnation and international law violation.

In this regard, Malcolm Craig, lecturer in foreign policy at the University of Liverpool, believes that the nuclear weapons are no longer usable by military and have become an instrument for achieving regional deterrence and international stature.

4- Potential loss of control: The tendency of large number of states to acquire nuclear weapons increases the chances of losing control over nuclear weapons and the possibility of utilizing them in settling regional conflicts, amid a decline in the value and influence of rational calculations to some states leaders. In this regard, Benoît Pelopidas stresses the need for reconsidering the excess confidence in the ability to control the use of nuclear weapons, security of nuclear arsenals, and tightening international control over the circulation of nuclear material.

Pelopidas refers to the nuclear smuggling network led by the Pakistani Abdul Qadeer Khan, which contributed to the transfer of nuclear technology and capabilities to North Korea, Libya, and Iran, as an evidence of the threats ensuing from the possession of nuclear weapons by unstable states, like Pakistan.

Aspects of the Crisis

North Korea’s quest to possess nuclear weapons was not a result of regional and international interactions during recent years, it rather dates back to the Korean war in the 1950s. The US threat to launch nuclear strikes against North Korea and supporting states alarmed the Korean leader Kim Il-Sung to the importance of the nuclear weapons to counter the pressures of superpowers like the US, and emancipate from the Soviet Union’s dependency. It can be argued that the most important aspects of the North Korea complex are as follows:

1- Legacy of Foreign exploitation: During its occupation of the Korean peninsula since 1910, Japan allocated a site in Yongbyon province in North Korea for its nuclear installations (the current Yongbyon Nuclear Scientific Research Center in North Korea). Development of the Japanese nuclear program reached its peak in 1944, one year before bombing Hiroshima and Nagasaki with nuclear weapons.

During that period, Japan enlisted specialists and scholars in Korea and gave them basic training on nuclear fields in the Japanese universities with the aim of employing them in its nuclear program. After the surrender of Japan and the end of World War II, the Soviet Union began prospecting for uranium in North Korea to manufacture its nuclear weapons, which reinforced the belief of the Korean communist leaders that their country would always be prone to technical and economic exploitation by superpowers, and thus it would need nuclear weapons to protect itself.

2- The pressures of security dilemma: The Korean war and the US role in the protection of South Korea, in addition to the US deployment of troops near Pyongyang, made the Korean leaders aware of the security dilemma. Over this period, Korea moved to conclude military and security agreements with the Soviet Union and China in 1961 to deter the US and protect itself. However, all these agreements did not include any guarantees to extend the nuclear umbrella of the two countries to North Korea, similar to the US nuclear protection for South Korea and Japan.

In addition, the decision of South Korean regime in 1969 to develop a nuclear program came to aggravate the security dilemma of Pyongyang, prompting the Korean leader then, Kim Il-Sung, to speed up the development of the nuclear program.

3- Confronting nuclear monopoly: The Cuban missile crisis in 1962 reinforced North Korea’s firm conviction that the Soviet Union began a policy of appeasement with the US. Moreover, the conventions on nuclear non-proliferation agreed by leaders of the two international poles represent the beginning of “nuclear monopoly” era to prevent small and medium States from acquiring nuclear capabilities. Hence, Pyongyang headed towards fast-tracking the development of its nuclear cooperation with China.

4- Self-reliance doctrine: In mid 1970s, North Korea adopted the doctrine of self- reliance (Juche Doctrine). This doctrine rests on developing national capacities technically, scientifically and economically, to be independent from the communist bloc, especially in the nuclear field. Accordingly, it established the nuclear facilities in Yongbyon district to reduce dependence on China and the Soviet Union in developing a nuclear program that turned into a symbol of national solidarity in countering external enemies of the state. This has also pushed Pyongyang to rely, at a later stage, on smuggling networks and nuclear black-market to secure its technical needs and access to equipment and materials required for its nuclear program.

5- Legitimacy of political succession: Since the 1970s¸ Kim Il-Sung sought to establish political succession as a system for the alternation of power in the state. In order to maintain the legitimacy of his governance, Sung adopted a national discourse based on acquiring nuclear weapons and countering the US and its allies in the neighboring Asian countries. When he announced his intention to transfer power after his death to his son Kim Jong Il in 1980, Sung came under severe criticism from the leaders of communist regimes except China. This convinced the Korean leaders that the survival of their regime would be linked closely to the continued progress in the national nuclear program and possession of nuclear weapons.

6- Resisting the waves of openness: Waves of economic opening that swept the Asian continent in the 1980s mounted the pressures on the North Korean regime. The Chinese Deng Xiaoping’s adoption of economic reform and opening up to the world led to growing liberal voices in Korea, which called for introducing similar measures. This move was perceived by the Korean leadership as a threat to its internal cohesion and the rally behind the regime. Thus, the focus on the development of nuclear weapons was the legitimate alternative to the development of the national economy, upon which the ruling regime relied to counter the pressures of the liberal tide, keeping the policy of isolation and turning inward in the face of global currents.

Herby, North Korea’s withdrawal from the Nuclear Nonproliferation Treaty (NPT) in 2003 and its first nuclear test in 2006 can be considered the final outcome of historical evolution, which contributed to deepening the Korean nuclear crisis for decades.

In conclusion, North Korean nuclear escalation holds major significance, most notably that all states- regardless of their location, size, population, resources and the international standing- have the ability to develop military nuclear capabilities and resist economic sanctions and international and regional pressure. The development of North Korean nuclear program undermines the diminishing effectiveness of the international nuclear non-proliferation regime. Moreover, it highlights the dominance of international standing, security motives, legitimacy and countering external penetration on the policies of the states seeking to acquire nuclear weapons, all of which are difficult to be deterred by major powers or controlled by international institutions.