Can Iran’s Conservatives Decrease Rouhani’s Options for the Nuclear Deal? 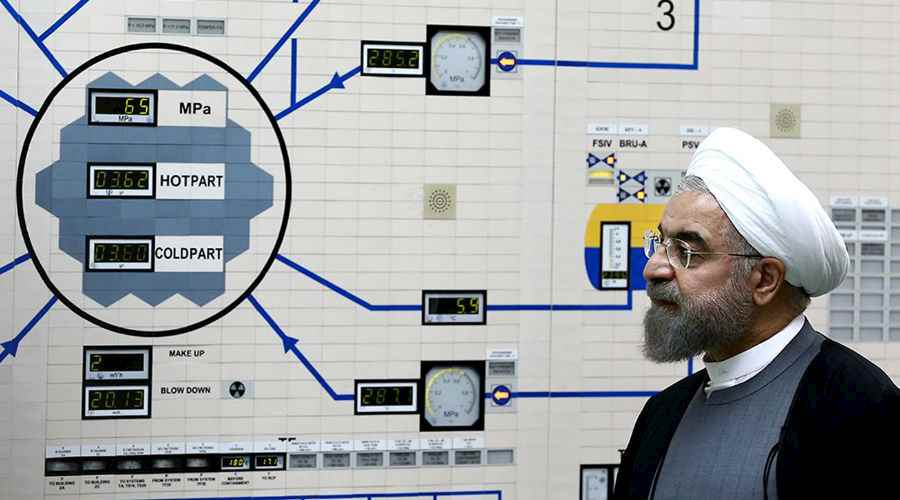 The government of Iran’s President Hassan Rouhani no longer excludes the possibility that the US Administration of President Donald Trump would take steps impacting the nuclear deal reached in mid-July 2015. The new view prompted Rouhani’s government to promote other options for dealing with this potential track. It would not only resort to reviving its nuclear program but return back to pre-deal status quo ante, including resuming activities over which sanctions were imposed on it before the deal was signed.

Most importantly, Rouhani’s government would choose to continue compliance with the terms of the nuclear agreement even if the United States withdraws from it. i.e. implement these terms along with all involved European states, Russia and China which negotiated with Iran to reach the agreement and continue to be interested in keeping it in place in the coming period.

Nonetheless, this option would hinge on a key variable which is these parties’ commitment to the terms of the agreement even without reaching convergence with the United States about controversial issues such as Iran’s ballistic missile program and inspection of its military installations.

Proponents of this option have the view that such a situation would enable Iran to make multiple gains. Firstly, it would contribute towards enhancing Iran’s international image. In particular, it would help Iran prove to the world powers that it is really able to honor strict commitments such as the nuclear deal, unlike the US Administration which will be held responsible for increasing the possibility of the nuclear deal's collapse.

Secondly, this option would maintain the possibility of Iran’s making more economic gains out of the deal, including, in particular, striking more deals with international companies and banks in Asia and Europe. This would give leverage to Rouhani’s government in addressing the country’s persistent economic hardship.

Thirdly, it would spare Iran from taking the risk to have the option of a military action against it on the table again over its nuclear program if it decides to revive it and resume production of highly enriched uranium needed to make an atomic weapon, which is a red line set by the United States and Israel.

That is why some Iranian officials played down United States’ possible scrapping of the deal, also known as the Joint Comprehensive Plan of Action (JCPOA), and even hinted at the possibility of Iran’s continued compliance in such case through an agreement with other involved powers interested in keeping it in place.

In this context, Chief of Iran’s Atomic Energy Organisation, Ali Akbar Salehi, said in August that the nuclear deal would not be affected by United States’ withdrawal because European states, Russia, China and other states support the deal.

Salehi even proposed a new group of world powers to replace the P5+1 group. The proposed P7+1 group would include Iran as well as  the three European states (UK, France and Germany), Russia and China, excluding the United States.

Significantly, Iran’s foreign minister, Mohammad Javad Zarif, in an interview with The Guardian  and The Financial Times noted that at such an option can be counted on. He said that walking away from the nuclear deal was just one option under consideration in Tehran

As well as expecting Trump to carry through his threat not to certify Iranian compliance in a Department of State’s report to Congress on October 15, Iran’s top diplomat said “Europe should lead” and defy US sanctions if the Trump Administration torpedoes the international nuclear agreement with Tehran. But he warned that if Europe, Japan, Russia and China decide to go along with the United States, then that would be the end of the deal.

But although he threatened that Iran would revive its nuclear program and emerge with more advanced nuclear technology than before the agreement was reached in 2015, Zarif’s statements suggest that he relies on the other involved world powers’ continued commitment to the deal. According to his view, the nuclear deal would collapse only if these powers support United States’ stance, which has not happened yet because they remained committed to keeping it in place and certify Iran’s compliance with its terms.

However, this option appears to be strongly opposed by Iran’s fundamentalist conservatives, the country's top leadership as well as influential institutions such as the Revolutionary Guards.

This view has it that the nuclear deal will be useless in the event of US withdrawal because of the great power’s global weight that allows it to influence any potential tracks of the deal regardless of what measures it would talk to deal with it.

That is why these initiatives, proposed by proponents of the option of continued commitment to the nuclear deal, even if the US drops it, draw sharp criticism. Editor-in-chief of Kayhan, the arch-conservative newspaper, reflected this extremist stance in September 12 interview Fars News Agency, which is close to the Revolutionary Guards. Attacking officials in favor of the deal, Hossein Shariatmadari said “Using a non-diplomatic language, this view means that in the nuclear debate you are hitting back America’s feet with your bellies. Of course these people will tell people that you delivered a knockout to America but in fact it is more like we are punching ourselves.”

Shariatmadari meant to say that this view implies that Iran will continue to make concessions over its nuclear program as part of the nuclear deal in addition to the sanctions that would be imposed by the United States when and if it withdraws from the deal.

The rejection is driven by two key considerations. Firstly, according to critics, this option will have no positive implications for Iran. Rather its potential repercussions are likely to be disastrous for the country. This scenario involves a renewal of international sanctions against Iran, while at the same time Iran would have to commit  to restrictions imposed by the terms of the deal, including lowering uranium enrichment levels and using first-generation centrifuges and other equipment.

Secondly, reliance on the possibility that continued commitment to the deal even in the event of US withdrawal would enable Iran to make more economic and technological gains is not guaranteed. These gains, according to this view, were at the lowest level even in the past period during which Washington was committed to the deal, due to the unwillingness of a large number of companies and banks to deal with Iran due to fears that they would run afoul of US sanctions.

Overall, it can be concluded that Rouhani’s government is likely to run into multiple obstacles as it attempts to promote this option domestically. These include the tough stance of the fundamentalist conservatives who seek to take advantage of escalation by the United States to increase a possible collapse of the nuclear deal that they disapproved right from the start.