Deferred Confrontation: How is Israel Dealing with Iranian Presence in Syria? 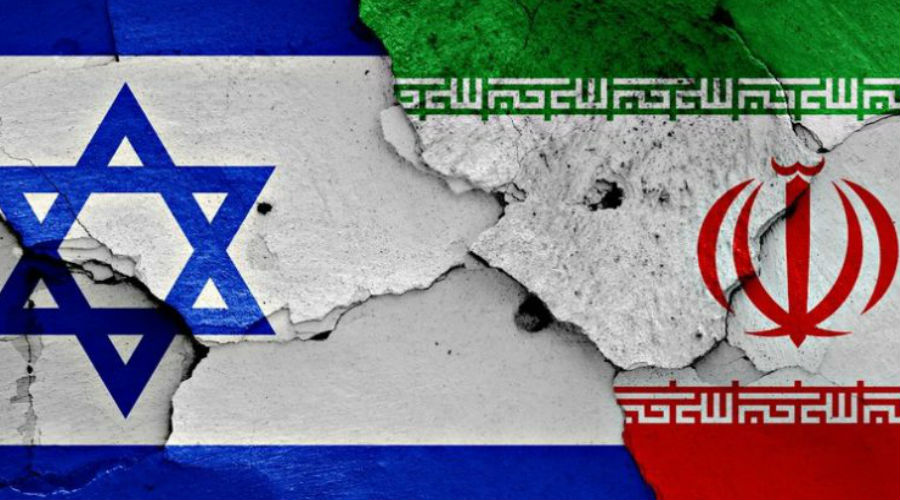 Israel has recently escalated criticism of Iran’s role in Syria, with Prime Minister Benjamin Netanyahu accusing Iran of building missile factories in both Syria and neighboring Lebanon. Moreover, through the Israeli army’s biggest military exercise in 19 years, which began on September 5, Tel Aviv aims to send direct message to Iran and its allies.

Undoubtedly, this cannot be dissociated from the political and military developments in Syria, following defeats suffered by ISIS and the ability of the Syrian regime’s army to expand its control with support from Russia and Iran and allies, as well as from the ongoing understandings among regional and international powers about these developments.

Through escalating against Iran within Syria’s territory, Israel seeks to prevent Iran from establishing a permanent military presence and bases in the future in the country, following Russia’s example, and posing what Israel considers as a direct threat to its security.

According to several views, it is the head of Israel's Mossad intelligence service Yossi Cohen who adopts this approach, which considers Iran's presence in Syria as the highest-level threat to Israel in the coming period. Cogen managed to garner support from the prime minister, the chief of military intelligence, the minister of defense as well as political and partisan leaders.

Based on this, Tel Aviv adopted three primary options for addressing the Iranian presence in Syria. The first option is to initiate direct contacts with Russia because it leads the coalition backing the survival of the regime of Bashar Assad in power. This issue, in particular, was a main topic Netanyahu’s talks in Moscow on August 23, 217.

However, Moscow, reportedly, has not shown significant interest in Israeli concerns over Iran’s increasing military build-up in Syria. Moscow’s attitude can be explained by several considerations including that Russia continues to be interested in continuing political and military coordination with Iran, and, perhaps, the inability of Israeli officials to convince Russia that Iran’s movements on the ground in Syria pose a threat to Israel.

According to to other views, Russia is capable of verifying Israeli information about the Iranian missile factories in Syria. These factories are located between two major military bases that Russia has built in Lattakia and Tartous. Moreover, Russia continues to believe that the roles of Iran and allied militias continue to be consistent with its own interests and calculations despite the fact that Moscow, on some occasions, expressed dissatisfaction with some of the moves of Iran and its militias.

In the second option, Israel would expand coordination and coordination with the United States. A delegation of Israeli security officials visited Washington to incorporate Israel’s demands into the understandings reached between the United States and Russia about the Syrian issue, and in particular the ceasefire in south Syria, the growing influence of Iran and Hezbollah, as well as Israel’s relevant concerns.

Washington took these concerns seriously. This was evidenced in statements delivered on September 6 by U.S. Ambassador to the United Nations Nikki Haley who said that Iran’s ongoing development of its ballistic missile program cannot be separated its non-compliance with the nuclear deal. Washington’s serious position on Israeli concerns was also evidenced in Secretary of State Rex Tillerson’s call for ending Iran’s presence in Syria as a prerequisite for continuing cooperation with Russia about Syria.

The third option for Israel is to further mobilize public opinion against the “Iranian danger” while also mobilizing its security capabilities based on advanced phased security tests. This was evidenced in the Israeli army’s recent military exercise conducted on its border with Syria and Lebanon. According to the Israeli media, it is the largest military exercise in nearly two decades. Military officials were quoted as saying that it simulates scenarios Israel will be facing in the next confrontation with Hezbollah in Syria and Lebanon.

Israel’s fast-paced movements raise several questions about its refraining, until very recently, to bomb the sites which it said were missile factories in Syria, contrary to its bombardment in 2007 of a building which it claimed was for a Syrian nuclear reactor under construction.

According to several views, Israel relied on this tactic to preserve evidence proving its own view of the Iranian threats. In particular, according to this view, bombing these sites will not add anything new to a scene already dominated by rampant destruction. Moreover, preserving this evidence would make these sites as a potential target in the future that can open the door for Tel Aviv to intervene in the war in Syria at a later stage.

What stands out in this context is that Iran has not taken a clear position on Israel's accusation. Although this is generally an Iranian policy pursued in similar situations, Iran has responded to United States’ backing for the Israeli perception, with the new defense minister Brigadier General  Amir Hatami emphasizing recently that his country’s priority is to boost its missile programme and export weapons to its allies. Hatami said that wherever a country becomes weak, others become encouraged to raid it. Wherever necessary, we will export weapons to increase the security of the region and countries, to prevent war and conflict.”

Without a doubt, the aim of the Iranian officials’ interest in making such statements is to send a message that Iran is not willing to back down on bolstering its role in the region and that it seeks to take advantage of the nuclear deal reached with the P5+1 group to serve this aim. In Iran’s view, this has helped it in reducing international pressures and contributed towards lifting international sanctions against it while also receiving a portion of the unfrozen funds. This will prompt Israel to expand its moves to highlight the Iranian presence in Syria in the coming period which is likely to witness major strategic milestones.