Why hasn’t “the Globalization of Surveillance” Prevented Terrorism in the West? 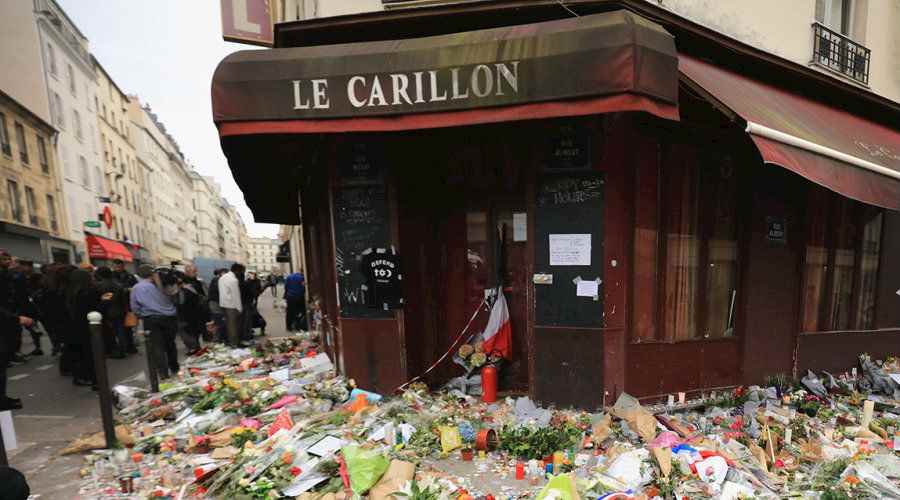 Western countries have worked on developing globalized internal surveillance mechanisms that protect them from terrorist operations since the September 11, 2001 attacks. These mechanisms utilized scientific and technological advancement and made use of the intelligence apparatuses’ capabilities and the cooperative relations in multilateral institutions. They also benefitted from a popular mood that allowed security apparatuses to play a bigger role in internal monitoring and tracking operations.

It’s through these characteristics that developed countries gradually established a semi-complete system of globalized surveillance. They depended on a number of important factors such as: intelligence apparatuses’ capability to collect information and infiltrate terrorist organizations, modern technologies that monitor communication, internet networks and public spaces, modern tools that secure ports, airports and borders via biometric identification systems and explosives and weapons detection technologies. They also depended on their DNA database and on joint security coordination in Europe via Europol. This is in addition to massive budgets allotted to maintain security and carry out researches to improve it.

Despite the development of globalized surveillance tools in western countries and though they are almost complete, there are many gaps due to substantial reasons which sometimes led to the opposite of what’s intended.

It’s a common and logical belief that huge amounts of information will improve surveillance programs that monitor communications, phones and the internet and make western intelligence institutions better strategically. However the opposite is true. Although possessing data is a preemptive characteristic here, the overload of information may be a weakness and not a source of power.

This was seen in one of the documents leaked by former Central Intelligence Agency employee Edward Snowden. This document revealed that the CIA unit Tailored Access Operations gathered the data of over 3 billion phone calls and emails via the American telecommunication system during one month in 2013. This unit also collected more than 97 billion emails and 124 billion phone calls from across the world in one month as well.

Therefore some western intelligence officials’ statements that intelligence apparatuses cannot sort these huge amounts of data and predict the possibilities of terrorist attacks are logical. This is a huge amount of information that’s estimated at billions a month. It’s thus almost impossible for an intelligence institution to possess enough technological and manpower capabilities to sort, categorize and analyze this data.

Despite the huge budgets which western governmental intelligence agencies allot to surveillance operations and to developing security programs, the ability of this system to predict terrorist operations seems practically limited compared with other more useful tools, such as the cooperation of local communities and the results of traditional investigation carried out by local law enforcement.

A study by the New America Foundation issued in January 2014 analyzed the cases of 225 individuals who have been accused of terrorist charges in the US since the September 11, 2001 attacks. The study showed that traditional investigation methods and information from local communities provided the initial momentum to investigate most cases while the contribution of the National Security Agency surveillance programs in these cases was little.

Traditional investigation methods contributed to leading to more than 60% of the terror charges which the study looked into. Monitoring phones for example “did not have tangible impact to prevent terrorist operations” and only had marginal effects in terms of preventing terror-related activities such as collecting funds for terrorist organizations.

A study published by the Institute for Homeland Security Solutions in 2010 analyzed the elements which led to the successful abortion of 86 terrorist operations between 1999 and 2009 in the US. The study reaches the same conclusion as more than 80 percent of the terror-related conspiracies during that period was thwarted via data which local law enforcement agencies gathered or via the public’s reporting of suspicious activities. Intelligence reports only contributed to exposing 19 percent of the cases.

Boston Police Commissioner Ed Davis said following the Boston Marathon bombings, which happened on April 15, 2013, that surveillance which relies more on technology would not have helped him. “There’s no computer that’s going to spit out a terrorist’s name. It’s the community being involved in the conversation and being appropriately open to communicating with law enforcement when something awry is identified,” he said.

The global surveillance programs adopted by countries in the west suffer from lack of resources and manpower despite the huge allocations provided. In other words, and as a hypothesis, maintaining globalized surveillance operations so there are zero possible acts of terror requires a massive increase of security allocations and relies on an army of people to trace every piece of information and every suspect.

Take France, which is one of the western countries that has recently suffered from terrorist attacks the most, as an example. Some estimates showed that there are around 11,000 extremists on its territories, including 1,200 foreign fighters. To monitor these suspects 24/7 everyday, security forces need to deploy between 15 and 20 men. This is the number of men needed to monitor each suspect. France will thus need around 220,000 officers to monitor suspects.

This is certainly not applicable considering the limited resources of intelligence apparatuses. This is the case regardless of the state’s resources which a part of them is allotted to serve other priorities such as defense and social welfare

The difficulty of specifying and categorizing risk priorities is a huge problem which western intelligence agencies face even if the latter has information about thousands of suspects or extremists. This is in addition to those who may become extremists. These are not a priority that must be dealt with amid the limited resources we’ve already noted and considering the government’s commitments towards the values of democracy and human rights.

This is the core of the problem. The data overflow which is a result of globalized surveillance may be confusing when intelligence agencies specify immediate risks. Even if we assume these agencies are capable of analyzing all the available data – which is impossible as we’ve said – the process of recognizing, classifying and specifying risk priorities is considered another major challenge as the dangerous element which may be more capable is not necessarily viewed as an immediate threat.

Matters further complicate amid the rise of the “lone wolf” phenomenon in which individuals inspired by extremist ideologies carry out terrorist attacks on their own apart from networks, cells or coherent organizations. Some of them may not have former ties with terrorist organizations and may not have any links to extremist ideas. Intelligence agencies must thus assume the task of monitoring and pursuing ghosts or they have to monitor possibilities according to the endless assumptions of statistical reasoning

For example, Salman Ramadan Abedi who is accused of the Manchester attack on May 22, 2017 was among 3,000 individuals whom the internal security forces and the MI5 were aware of, but they did not believe he represented an immediate threat. Security forces were also aware of attackers in Belgium, France and Germany but they did not definitively categorize them as an immediate source of threat. Therefore, it’s difficult to differentiate between immediate threats and that poses lesser threats.

The November 2015 Paris attacks that killed around 130 people revealed there is dereliction in the level of coordination among European intelligence agencies. Another problem thus obstructs intelligence cooperation, and it is the local and foreign intelligence agencies’ different standards when specifying whether individuals pose a terrorist threat or if they are a risk priority.

Considering the lack of these standards or considering they have not agreed on them, it’s difficult for surveillance apparatuses to arrest suspects or they will have to arrest thousands or prevent the movement of tens of thousands across borders as a precautionary measure. This will be politically rejected especially when it comes to those who have a certain nationality for human-rights’ related reasons. A certain apparatus may warn of a threat that it sees as a priority and another apparatus in another country may receive this threat and dismiss it as not dangerous enough or as less dangerous than other cells or networks which are a priority when it comes to monitoring or enforcing law.

This technological advancement provides western systems with globalized surveillance tools but there are still blind spots since this same technology may also help extremist organizations and its inspired followers develop their capabilities. They can therefore succeed in employing technology and knowledge in their favor to escape from globalized surveillance tools and exploit their gaps which will exist no matter how efficient they are.

In conclusion, despite their development, globalized monitoring tools in western countries did not succeed in preventing powerful terrorist attacks during the past two years. These attacks targeted countries like the US, France, Britain, Belgium ad Sweden. This is not only due to human error or security dereliction, but it’s also due to substantial reasons that are linked to the system of globalized surveillance.