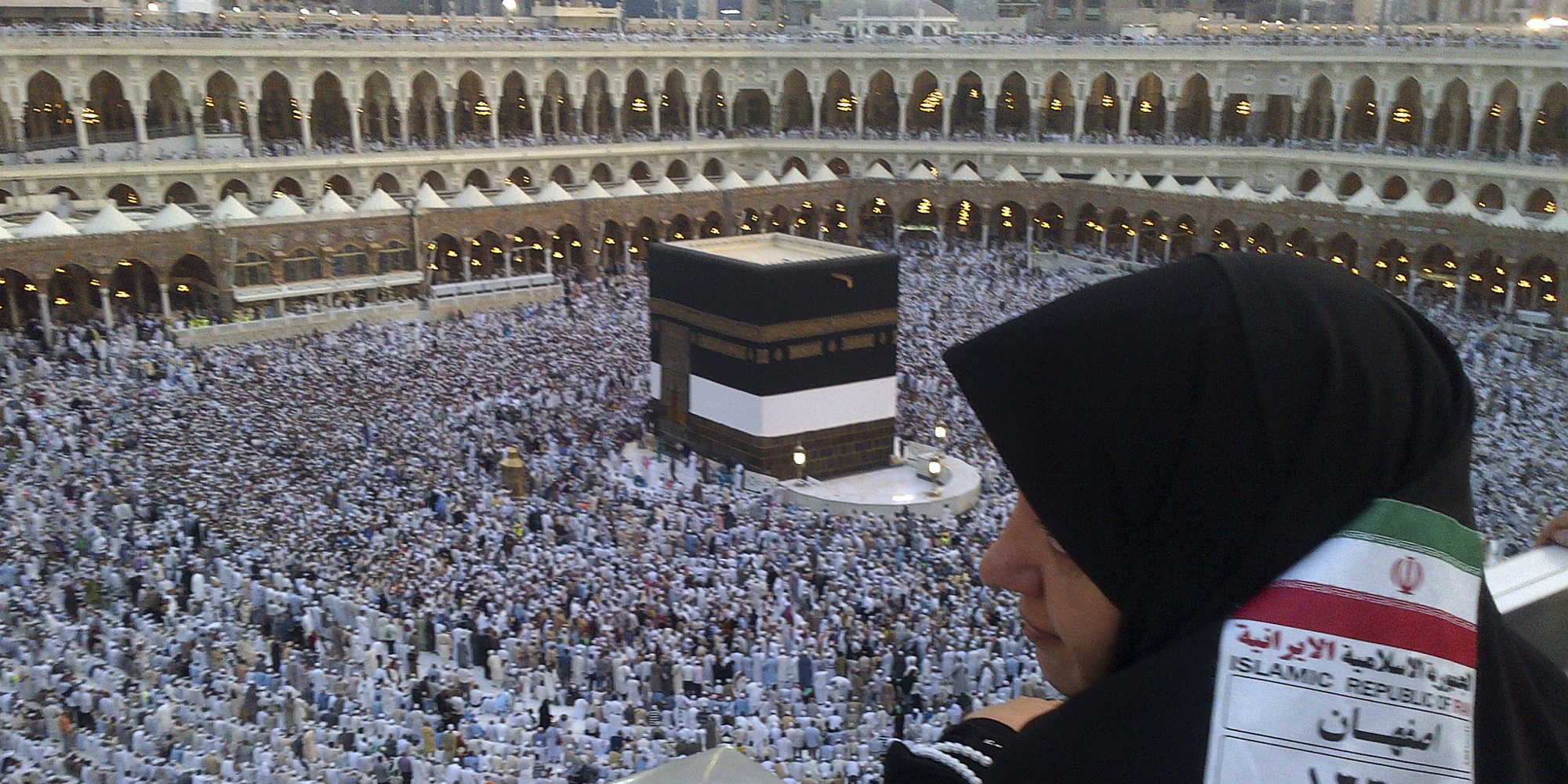 Qatar’s demands to provide additional guarantees to maintain the security and safety of pilgrims travelling from Doha were perceived as part of a propaganda to “internationalize hajj.” Although Islamic countries did not respond to Qatar, the latter’s call revealed the similarities between Iranian and Qatari policies in terms pf politicizing religious rituals and demanding that an international Committee supervises hajj. This aims to pressure Arab countries that demand Qatar to halt its support of terrorism.

Proposing international management of the two holy mosques is nothing new in relations among Islamic countries. Former Libyan President Moammar Qaddafi repeatedly called for internationalizing hajj. Iran has ever since the Khomeini revolution made this same proposal every time a dispute erupted between it and Saudi Arabia.

Iran’s demands to internationalize hajj go back to 1987 when Iranian pilgrims organized protests during hajj under the slogan “repudiation of polytheists” to confront polytheists and injustice facing the Islamic world. The protests were held upon Khomeini’s orders and they led to bloody clashes between Iranian pilgrims and Saudi security forces. As a result Tehran boycotted the hajj from 1988 and until 1990.

Iranian repeatedly called to internationalize hajj in 2015 when a stampede killed around 464 Iranians while they performed hajj rituals. Iran claimed Iranian pilgrims were being targeted in several ways, and it launched propaganda campaigns against Saudi Arabia. Massive protests were organized against Riyadh while Ali Khamenei, Iran’s supreme guide, made hostile statements against the kingdom.

Iran demanded establishing an independent Islamic Committee that’s made up of Islamic countries to supervise hajj. The Saudi kingdom and Arab countries confronted these calls during more than one occasion. In 2016, the Council of Senior Scholars at Al-Azhar condemned Iran’s calls to internationalize the hajj. The council said in a statement: “The Islamic nation and Al-Azhar rejected this proposal when it was brought up in the 1970’s. The Saudi kingdom is the only country responsible for organizing hajj affairs without any foreign interventions. These calls are tantamount to interfering in the kingdom’s internal affairs, and all Islamic countries and religious jurisprudential references, primarily Al-Azhar, reject this.”

Hajj thus became a new tool employed by Qatar’s policy to confront the Saudi kingdom and the Arab quartet to respond to the measures taken against it to push it to stop supporting terrorism. On July 20, Riyadh announced that Qataris who want to perform hajj will be allowed to enter Saudi Arabia, adding that they can travel to the kingdom by air via any airlines except by Qatar Airways.

Meanwhile, the Qatari National Human Rights Committee said these regulations represent restrictions on the freedom of hajj and politicize religious rituals. The Qatari Ministry of Awqaf demanded additional guarantees to maintain the safety of Qatari pilgrims and requested facilitating their hajj rituals.

Arab countries and Saudi officials condemned these Qatari statements and they spoke out against Qatar’s policies that aim to internationalize hajj. In an interview with Al-Arabiya and Al-Hadath television channels only July 30, 2017, Saudi Minister of Foreign Affairs Adel al-Jubeir said on the sidelines of the quartet meeting in Manama that Saudi Arabia reserves “the right to respond to any party that works to internationalize the holy sites.” He also described Qatar’s demand as “a declaration of war against the kingdom,” adding that “Saudi Arabia welcomes Qatari pilgrims, just like it welcomes other pilgrims.”

Qatari Foreign Minister Mohammed bin Abdulrahman Al Thani responded to Jubeir few hours later via an interview with Al-Jazeera television channel. He said: “There has been no statements by Qatari officials about internationalizing hajj. No measure was taken that leads up to looking into hajj as an international cause.”

In this regard, Saud al-Qahtani, an advisor in the Saudi royal court, said via Twitter: “The Qatari authority is spreading lies and resorting to intimidation instead of temptation to discourage the dear Qatari brothers from performing hajj and umrah.”

“Politicizing hajj” is linked to the policy of inventing crises which Qatar is adopting to confront the Arab quartet. Qatar thus repeatedly brings up controversial matters and continuously tries to internationalize its crisis while pretending it is being treated unjustly. Qatar is also intensifying its offensive propaganda against Arab countries. The most important features of Qatar’s policy to internationalize hajj are:

1. Resorting to international organizations: The Qatari National Human Rights Committee said on its website on July 29, 2017 that it spoke with the UN Special Rapporteur on freedom of religion or belief to voice its deep concern over what it described as “politicizing religious rituals and violating all international charters and conventions that stipulate the freedom of religion.” It also said that it was working to submit another complaint to the UNESCO. This falls within the context of its attempt to internationalize what it claimed was “preventing citizens and residents of Qatar from performing hajj rituals.”

2. Intensify human rights campaigns: The Qatari National Human Rights Committee plays a role in foreign policy as it has been focusing on the concept of human rights in the campaigns against Arab countries. It’s also working to internationalize “the Qatari crisis.” The Committee held intensified meetings with representatives of western and international human rights organizations and published articles and statements in the western media against Arab countries to pressure them to suspend their measures that aim to push Qatar to give up its support of terrorism.

3. Exploiting that Qatar is a “state of headquarters”: Some international organizations are headquartered in Qatar and are funded and supported by it, like UNESCO that has a regional office in Qatar and that represents the organization in Bahrain, Kuwait, Oman, Qatar, Saudi Arabia, the UAE and Yemen.

4. Communicating with diplomatic missions: Qatar intensified its activities and meetings with foreign diplomatic missions of countries like Switzerland, Argentina, Costa Rica, Ghana, Sweden and Liechtenstein. Qatar also exploited cooperative relations between it and foreign representative committees – such as the memorandum of understanding for cooperation and coordination signed in 2014 between the Qatari National Human Rights Committee and the Human Security Division at the Swiss Federal Department of Foreign Affairs.

5. Coordinating moves with Iran: The recent Qatari stance is in line with Iran’s supreme guide Ali Khamenei’s July 30 call to Iranian pilgrims to exploit hajj to express “the Islamic nation’s protest against US policies and support Al-Aqsa Mosque.” This threatens pilgrims’ security and safety and transforms religious rituals into unorganized protests. The Muslim Council of Elders warned of this in its July 31 statement from Abu Dhabi as it voiced its rejection of any attempt to politicize hajj. It also warned of “regional calls that seek to exploit Jerusalem’s events to protest during hajj,” adding that: “These calls serve tendentious sectarian aims that seek to corrupt the hajj season.”

Overall, Qatar’s efforts to internationalize hajj will not resonate with Arab and Islamic countries considering they are part of the policy to invent crises and launch propaganda campaigns against the Arab quartet and against Saudi Arabia. Pilgrims’ safety and security though are still threatened considering Iran’s calls to protest during religious rituals and considering threats of terrorist attacks that may target crowds as they perform hajj rituals.