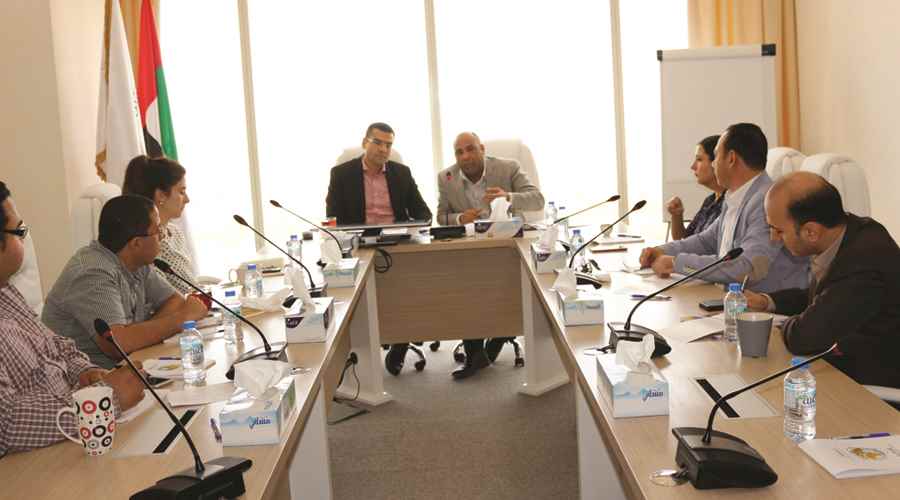 Future Center for Advanced Research and Studies (FARAS) organized a panel discussion entitled "Security Implications: What Will Happen after ISIS Defeat in Iraq" on Thursday 27 July 2017.

The panel attended by FARAS experts and researchers discussed the future of the terrorist organization after its military defeat in Mosul, the de-facto capital of ISIS. The participants focused on answering a number of questions including: What future scenarios and possible repercussions could result from such major development, and how will this impact ISIS’ organizational structure and redeployment strategies.

Future scenarios include possible internal re-structuring of the organization or its overall evolvement as a global terrorist organization. These two scenarios are as follows:

Given the high cost of maintaining the organization as a centralized entity with subsidiary organizational structures and as international efforts continue to undermine and weaken its capacity, the organization is likely to gradually disintegrate over time. However, the time needed for it to disintegrate may last up to two decades. This scenario is, relatively, a likely path, while taking into consideration the ability of al-Qaeda to attract and recruit elements from ISIS.

According to this scenario, the organization that used to be a cohesive entity is doomed to disintegrate. This might be similar to a “beaded necklace falling apart", which would break down into small groupings, cluster cells, random cells, and individual cells. Each of these divisions will have its different paths and complexities.

FARAS Work on the Post-ISIS Phase

From the beginning of July until the liberation of Mosul, FARAS issued 10 Assessments on Post-ISIS, in which the Center presented early expectations and predictions regarding the future of this terrorist organization.

In this regard, it is possible to summarize the Center's contributions to the academic debate on ISIS after its military defeat as follows:

1. The disintegration of the organization into more than one sub-organization and the new version will be more extreme.

2. The organization will focus its efforts in certain geographical areas such as Libya, Nigeria and Afghanistan, where these areas will be its new sanctuaries, especially Afghanistan.

3. Local ISIS fighters will seek to integrate into their respective environments, or to deploy in desert areas, and may constitute small terrorist cells within their communities.

4. Foreign fighters will move to areas of new conflict or return to their societies. A daunting defeat will lead to the emergence of a new pattern of foreign fighters known as mobile fighters moving from one conflict to another in a new geographical area.

5. The most dangerous aspects of the post-defeat phase are how to confront the militant ideology of the organization, which will produce a more radical version in the coming period.

6. After its military defeat in Iraq, ISIS will change its funding patterns and sources, shifting from large funding to financing from alternative sources offering limited finances.

Despite the military defeat of ISIS in Mosul and undermining its propaganda, and funding, the "post-Mosul phase," will be more dangerous. This is especially evident given the fragmentation of the organization and the subsequent sub-cells that might evolve. ISIS tactics and strategies for re-adjustment, as well as its hardline ideology, will make its new version and followers more radical and violent.