Motives behind Rising Tensions between Rouhani and the IRGC 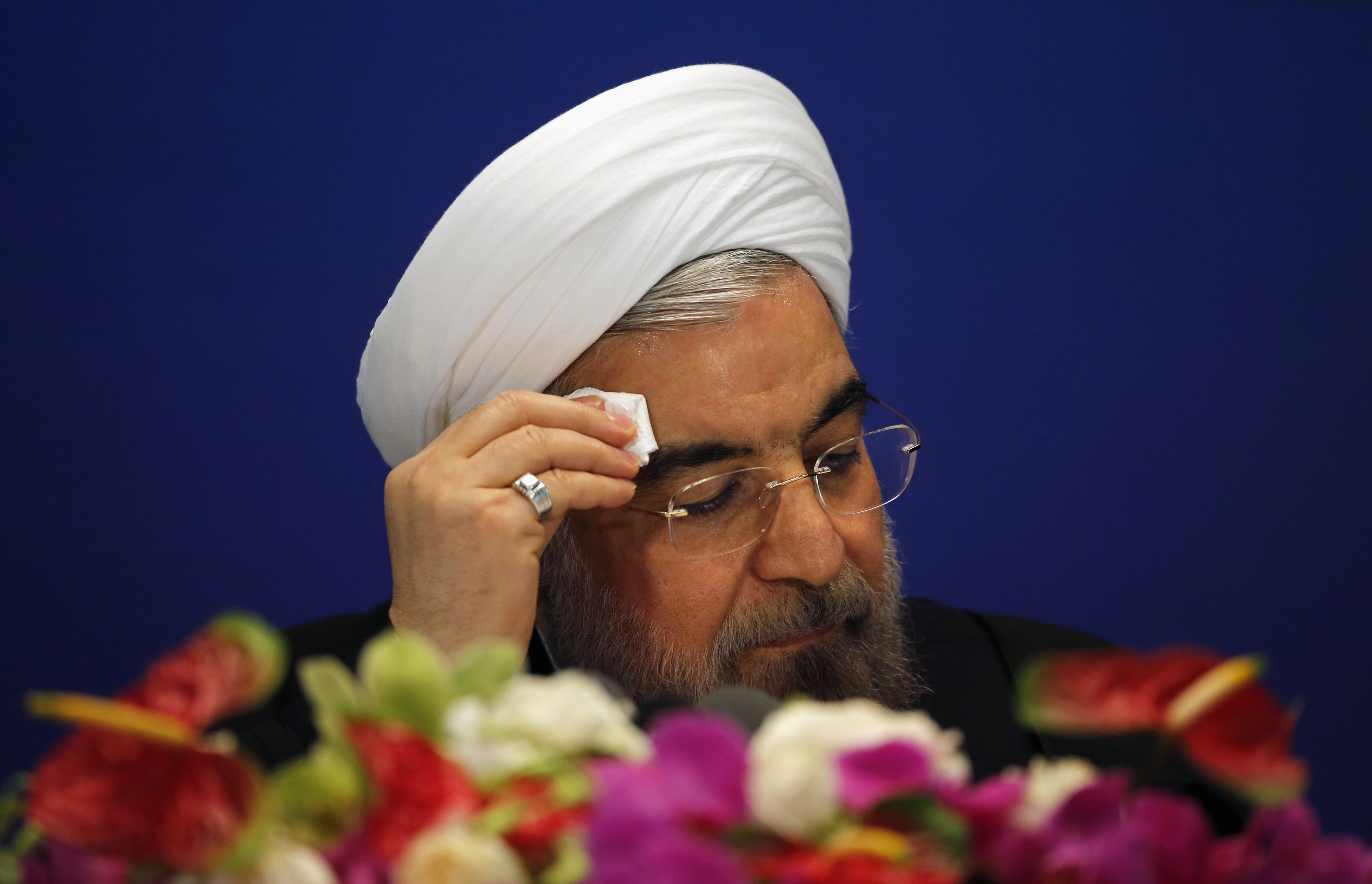 The recently heated exchange between President Hassan Rouhani and the Islamic Revolutionary Guard Corps (IRGC) commander Mohamed Ali Jafari, reveals  that government's efforts to pave the way for attracting more foreign investments during the second term of the President and the continuation of the nuclear agreement, will encounter significant obstacles. This is especially significant given that the broad clout of the IRGC, particularly at the economic level, and the recent growing accusations to the latter of supporting terrorism and violations of human rights, especially towards Iranian minorities.

Rouhani’s government is currently seeking to rally international support in favor of the continuation of the nuclear deal. Rouhani wants to reduce the fallout of the expected escalation by the United States, and strengthen his government's position in the face of internal pressures exerted the Supreme Leader Ali Khamenei and the IRGC. This represents an attempt to push Khamenei and the IRGC to support the president's policies. However the continuous provocative steps taken by the Pasdaran on the military, political and economic levels, will put these endeavors to tough tests in the coming period.

Presidential programs in Iran are continuously hampered by the broad leverage of the IRGC on various levels, which undermines the ability of the president and his government to find solutions to economic problems. In this context, the IRGC is like "a shadow government" that controls much of the State's economic resources, while it is not subject to the supervision or control of the government or other institutions in the regime, except that of the Supreme Leader.

Therefore, it might be argued that the role of the IRGC seems appropriate for the Iranian supreme leadership, which is no longer hiding its reservations on the political, economic and cultural programs of the present government. The supreme leadership views the influence of the IRGC as a safety valve that prevents government’s domination over the decision-making process of national policies. This constitutes an extension of the traditional role the IRGC has played since its founding. The primary goal of which is to protect the revolutionary regime from any threats posed by Iran's traditional army as the major revolutionary leaders expressed doubts about the loyalty of the army to the new regime, which was founded at some point after the overthrow of Shah Mohamed Reza Pahlavi.

“Government without a Gun”

It seems that this led President Rouhani to ratchet up criticism against the IRGC explicitly and against the Supreme Leader implicitly, as reflected in the president’s comments in June 22, 2017, saying that "part of the economy was in the control of a government without a gun, and we gave it to a government with a gun", to which the Revolutionary Guard Commander Mohamed Ali Jafari responded, saying that the Revolutionary Guard has rockets and gun: "A government without a gun is humiliated and ultimately forced to surrender."

This controversy was resolved by the Supreme Leader Khamenei during Eid al-Fitr prayer sermon, delivered four days later, when he put a sniper rifle beside him, in a symbolic gesture that shows his obvious support to the positions taken by the IRGC in the face of the President.

In response, Rouhani has begun to adopt two new mechanisms to deal with the influence of the IRGC which is supported by the Supreme Leader: the first is that the IRGC involvement in economic affairs could undermine the government's efforts to attract more foreign investments.

In the government's view, the increasing probabilities of imposing more sanctions on the IRGC for testing ballistic missiles or supporting terrorism through " al-Quds Force" led by Qassem Suleimani, and perhaps -at a later stage- classifying the IRGC as a terrorist organization will have severe consequences on investments. It will not only lead to the exodus of foreign investments from Iran, but also result in foreign companies' reluctance to enter the Iranian market, for fear of exposure to US sanctions for dealing with companies and economic institutions belonging to the Revolutionary Guards.

Consequently, Rouhani sought to exploit the international trend against the roles of IRGC to lend special relevance to this vision. There were numerous reports, in February 2017, that Donald Trump administration mulled over classifying the IRGC as a terrorist organization, an idea which was put aside temporarily. In addition, 265 members out of the European Parliament's 751 members issued a statement on June 27, 2017, demanding sanctions against the IRGC because of its role in regional conflicts, referring to Iran's intervention in regional crises, such as the Syrian crisis, in addition to human rights violations and supporting terrorism, stressing that the IRGC should be included in the “black list”.

The second mechanism is to try to rally "international support" to reduce the fallout of any possible move from the US administration to take further escalatory measures, and contain the pressures of the IRGC and the Supreme Leader. This is to enable the president to implement the planned economic programs during his second term that will begin in August 2017.

Accordingly, Rouhani’s government turned to rally international support for the continuation of the nuclear agreement, which was evident in the two visits of Foreign Minister Mohamed Javad Zarif to Germany and Italy, from 26 to 28 June 2017, during which he attended the meeting of the European Council on foreign relations, where his talks with the German and Italian officials centered around the nuclear agreement and the Gulf crisis. Also, Ali Akbar Salehi, head of Iran's Atomic Energy Organization, wrote an article in the Guardian newspaper, on June 23, calling on Western countries, particularly the United States to change its policy toward Iran, saying that "If the Iran deal is to survive, the west must change course".

However, these attempts by Rouhani’s government will most likely not achieve significant outcomes, especially as they are concurrent with continued criticisms by the US administration of the nuclear agreement, in a way that would support the position of the IRGC versus the president, and enhance its economic leverage in the coming period, which will put more obstacles to the implementation of the president’s economic programs during his second term.