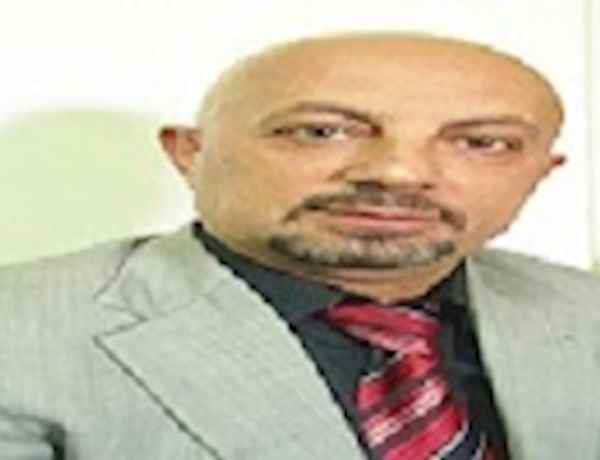 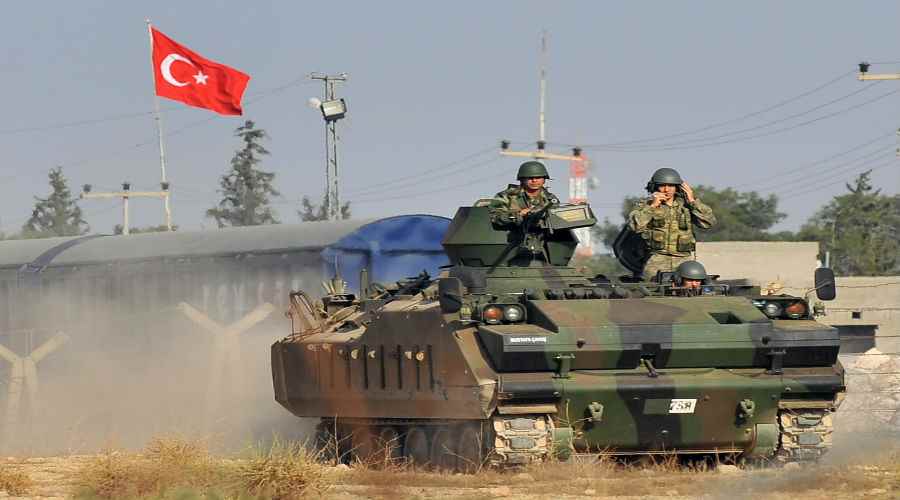 The latest Turkish airstrikes against major Kurdistan Workers' Party (PKK) sites in Sinjar in northern Iraq and the People's Protection Units (YPG) in Karachuk in Northeast Syria, convey a set of messages by the Turkish government in a critical time. This message entails that Turkey is willing to take all the necessary measures to prevent the establishment of a Kurdish State in the region. Turkey began to implement a preemptive strategy against the Kurdish rise. Turkey seems as well to be not hesitant to play several cards that will strain its relations with the United States.

The Turkish airstrikes against the PKK sites in Iraq, and YPG in Syria, carry several messages, as follows:

1- Turkish impatience for the US support for the Democratic Union Party (PYD) and its military wing (YPG) as well as Syrian Democratic Forces. Ankara will not take into consideration the emerging US–Kurdish coalition if it undermines its national security. Turkey is not willing to tolerate the threats emerging from the Kurdish rise along its southern border with Syria and Iraq, and the emergence of a Kurdish State features on the ground.

2- The Turkish bombardment of sites in Syria and Iraq together (39 targets) using 28 warplanes, over two hours, according to the Turkish Defense Ministry statement after the bombing, sent a message that Ankara after the constitutional amendments has become stronger, and that its foreign policy agenda resurfaced back to top the Turkish policies.

3- Turkey’s tip to the United States and the Kurdistan about the timing of the operation an hour before the bombing, conveys a dual message. The first message is to Washington revealing that Ankara will continue its fight against the PKK and its affiliated organizations at any cost. The second is to Erbil showing that it has to counter the PKK's rising influence in northern Iraq, and drive them out of Sinjar. That is Sinjar along with Karachuk and Qandil have come to form a vital triangle under the control of the party, where the Kurds look forward to gain international recognition under the pretext of the war against Daesh.

4- The Turkish military strikes came three weeks before the scheduled Summit between Turkish President Recep Tayyip Erdogan and the American President Donald Trump in the White House, to send a message to the US administration that Turkey is adopting a proactive strategy to force its political agenda in Northern Syria, and would not allow the Kurds to take the honor of freeing the city from ISIS. Thus, one can argue that Erdogan-Trump negotiations would be a test to the relations between the two countries, and that Erdogan has publicly demonstrated his willingness to partake the US in the battle of liberating Raqqa from ISIS instead of the Kurds.

5- By informing Russia ahead of its military strikes, and revealing Turkey's willingness to participate in a joint military operation with Russia in the North, Turkey aimed to secure an alternative if Erdogan-Trump talks failed to reach an agreement.

Negative Signals from the US

The unprecedented Turkish airstrikes against Kurdish positions in Syria and Iraq together, were shocking to the US administration. That is because the Kurds are not only the most important ally to the US in the war against ISIS, but because Turkish military strikes marked a shift in the Turkish military strategy that typically focuses on bombing the PKK in Qandil only. This is the first time that Turkish warplanes target Sinjar in Iraq and Karachuk in Syria. US responses and actions after the military operation suggest that Washington continues to support the Kurdish ally, even if that leads to escalating tensions with Ankara. In this context, one can note the following:

1- At dawn of the Turkish operation, a senior US military delegation, accompanied by a delegation of YPG, to inspect the sites targeted by Turkish jets amid US air flights over the place.

2- Unanimous attitudes and statements made by senior officials in the White House, the departments of State and Defense showed US concern over the Turkish move. The statements further stressed the US alliance with the Kurds, and their involvement in the battle to liberate Raqqa. This had clearly upset Turkey and prompted Erdogan to repeat his intention to press ahead with such operations.

3- The Kurdish response to the military operation was an indirect American message to Erdogan. This message entails the escalating daily clashes and shelling across the Syrian-Kurdish borders increasing the tension in Turkey, and the exchanged statements between the Turks and the Kurds, which most likely portend military confrontation.

What is remarkable here is that the Kurds, who live in unstable regional surroundings that lack protection, utilized the Turkish military operations to demand the establishment of a no-fly zone over northern Syria, to prevent the Turkish warplanes from targeting them. This is a reminiscent of what happened to the Kurds in Iraq when the United Nations approved such a zone after the war, to liberate Kuwait from Saddam Hussein's regime in 1991.

4- The most important step in this regard is the deployment of American military observers in the Syrian-Turkish border area to monitor the situation. In the aftermath of the Turkish bombing, the American troops deployed across the border of Simalka crossing, between Iraq and Kurdish areas in Syria, dozens of armored vehicles, tanks, heavy weapons and gear, as well as observers. These troops were stationed in the border town of Al-Darbasiyah, and began immediately to maintain surveillance and border protection patrols eastward towards the city of Al-Malikiyah, West to the town of Kobani – Ayn al-Arab, which means a zone Turkey cannot target.

Ahead of Trump-Erdogan summit in the White House, Turkey is considering a variety of military scenarios to counter the Kurds, allied with the United States in Syria and Iraq. Here are the most important ones:

1- Striking an agreement with the US administration regarding the participation of Turkish troops in the battle of liberating Raqqa in return for excluding the Kurds, a scenario Ankara prefers. However, the developments on the ground might not be realistic after the progress achieved by the Democratic Syrian Forces in isolating Raqqa and preparing to launch an attack to free it. In the meantime, Erdogan is betting on persuading president Trump of the capabilities of the Turkish army, which are lacked in the case of the Kurds.

2- Carrying out a joint military operation with the Kurdistan Regional Government in Iraq to attack the PKK strongholds in Sinjar and Qandil, particularly after the Turkish press revealed that the Kurdistan Regional Government Prime Minister Nechervan Barzani talks in Ankara discussed this operation. However, it is hard to imagine that the Kurdistan region will take part in this operation for many reasons, including the fact that the parliament is still in deadlock and any decision to participate necessitates its approval. Moreover, there are persistent divisions among Iraq's Kurds. Although the Kurdistan Democratic Party, led by Barzani, understood the Turkish demands to launch an operation to drive the PKK out of Sinjar and Qandil, other Kurdish parties reject that, especially the PYD, led by President Jalal Talabani and the Change Movement (Gorran), led by Nawshirwan Mustafa, as well as the two Islamist parties in the Kurdish Parliament. These parties combined declared their rejection of the Turkish policies, taking the side of the PKK, the YPG and the PYD.

3- Operation Tigris Shield scenario. This operation, Ankara has long promoted, aims to launch a military ground operation in the Sinjar area across areas controlled by the KDP forces to strike the PKK in Sinjar and drive it out.

During Erdogan visit to the United States, Turkey will test the seriousness of the US administration in responding to the Turkish demands and conditions. Perhaps this path takes the form of military escalation along the northern border of Syria and Iraq, through ongoing military bombardment of Kurdish sites, which open up confrontations with Kurds across the border as it currently holds in Afrin and Ras al-Ayan.

Erdogan–Trump Summit will give us a clear a picture of whether the American-Turkish alliance will be back to normal and the US administration abandons the Kurds, or whether will it continue to back the Kurds and play its balancing game between the Kurdish and Turkish allies?