How Does ISIS Perceive Post-Raqqa Consequences? 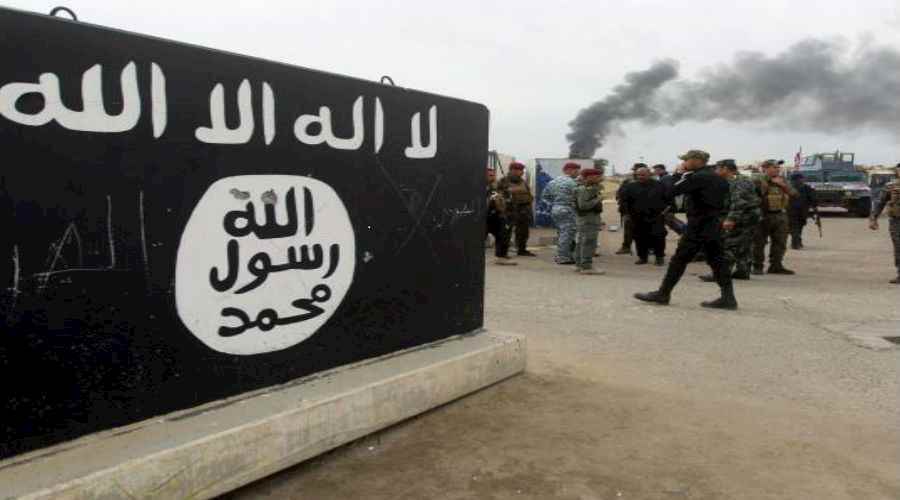 ISIS’ recent movements on the ground in both Syria and Iraq indicate a significant transitory development in the organization’s path as it lost most of its territory in both countries and its organizational structure after it gave up its main stronghold in its capital Raqqa. This development has several indications, the most significant of which are symbolic ones, as well as consequences. These consequences including geopolitical ones, within the context of ISIS’ expected re-positioning and re-deployment in the coming period will determine its track.

Nevertheless, the collapse of the organization and its structure does not mean its end.  Current realities indicate that the organization is likely to enter into a different phase that is similar to the phase that followed the collapse of the Islamic State of Iraq led by Abu Musab al-Zarqawi.  ISIS is expected to carry out “non-central deployment” in areas where it had presence in the past, while focusing on communities and environments that would tend to sympathize or even align with it in the post-Raqqa era.

ISIS reduced its presence in Raqqa due to military operations carried out by the so-called Syrian Democratic Forces backed by the Global Coalition to Counter ISIS. This will force the organization to pursue an exit path via Deir al-Zour, which is seen as a main depot, and from there, the exit path would branch out into different routes of which the following two would stand out:

The first route would be the southern Syrian border with Jordan. This route is compulsory due to several factors. Firstly, the presence of an ISIS support base near the Jordanian border where an ISIS affiliate, the 400-fighter strong force known as the Khaled bin al-Waleed Brigade is operating, according to estimates by the Institute for the Study of War, some unofficial reports estimate the number of fighters of this brigade at as high as 1500.  Moreover, ISIS enjoys essential experience in opening this route previously, where it attacked the military airport at al-Tanf, a Syrian town southwest of Al-Bukamal at the border with Iraq, in April 2017.

The second route, which is also compulsory for ISIS to exit Raqqa, would pass through Deir al-Zour and stretches along the 600 km Syrian-Iraqi border towards the Iraqi Anbar Governorate. Anbar is a well known territory for ISIS, a previous center of the organization’s operations and a launching ground for attacks across Iraq. The likelihood ISIS would take this route is even greater due to understandings reached by ISIS and the leadership of Al-Nusra Front last month.

ISIS pursued two different mechanisms for its military confrontations inside Iraq and Syria.

1- Large-scale draining of enemy forces. ISIS apparently used this mechanism as it escalated its attacks outside Raqqa in Syria and Mosul in Iraq. That is, whenever the Iraqi government forces and the global coalition troops advance, the organization carries out attacks. These attacks are conducted by teams specialized in bombings and inghimasi fighters- shock troops or raiders who plunge into enemy front lines to inflict the maximum amount of casualties with no plan of returning alive- on many security troops centres in Al-Anbar, Fallujah and Tikrit, which were among ISIS precious strongholds. Furthermore, ISIS would escalate attacks on sites considered holy by the Shia, similar to previous attacks in Samerra city. It will also set up camps away from the densely populated areas of cities such as Fallujah, especially because the organization lost much of its popular incubator in its previous deployment.

2- High-profile retaliatory attacks in Kurdish and Sunni areas that ISIS withdrew from. Because of its obvious interest in continuing to present itself as a “savage” organization, ISIS will find itself unable to give up its policy of violent confrontation while also using camouflage and deception, as it did in Tal Afar, where a group of its fighters posing as liberating security forces killed at least 15 Iraqis. It used the same tactic in an attack in Samerra.

Although statements by Iraqi officials in charge of military operations show an increasing number of foiled attacks on security centers, local and international observatories, such as the Institute for the Study of War, show an escalation of attacks in recent weeks. The attacks took several forms and were aimed to inflict the maximum number of casualties. This includes the use of chemicals in one of the attacks in western Mosul between April 4 and 20. Attacking funerals in many areas, such as the Asiriya  in al-Askandariya district of Babil province,  also emerged as another tactic.

On the other hand, types of confronting the organization continue to build on previous plans developed for the stage of taking control of Mosul and Raqqa. In both cases, confrontation appears to be slow-paced compared to ISIS’ speed movement, but nonetheless it does not mean that such operations are futile and failing, because they continue to be effective for the following two reasons:

1- Eliminating ISIS remnants after the first phase in which ISIS was in control of territory. However, what matters here is the need to secure territory that was purged of militants. That is because purging does not go as planned, according to several views, or at least continue to have gaps and loopholes that would allow the organization to re-establish itself once again inside liberated areas.

2- Destroying ISIS’ arms infrastructure through bombing arms depots in several areas, where the organization is likely to have concealed arms in certain places, as was the case in al-Karabilah near the city of al-Qaim on March 22.

Military operations against ISIS are facing a major problem in Iraq in particular, where there is lack of an active teamwork-based policy. Hence, it is highly likely that a crisis of confidence will erupt once again between the forces acting on the scene there. Without a doubt, Turkey’s intervention in Sinjar Mountains cannot be isolated from this context because it seeks to send across a message to the Kurdistan Workers' Party that the mission is over. This is what the government later, after the strikes, affirmed. However, there was a lack of coordination with the Iraqi government that rejected this movement once again. That is, this movement reveals a lack of confidence at the operational level, which necessarily means a lack of coordination of information that poses yet another problem.

In conclusion, ISIS recognizes the fact that it is going through a second phase in which it will transform into a “traditional organization” just like al-Qaeda did. Consequently, it will not prioritize holding to territory, something that Abu Muhammad al-Adnani, the official spokesperson and senior leader of ISIS warned against in his last letter, before he was killed. Hence, controlling territory has changed from being a “strategy” to being a “tactic” in the transitory phase that the organization is going through.