Why did Iran Impose Sanctions on US Businesses? 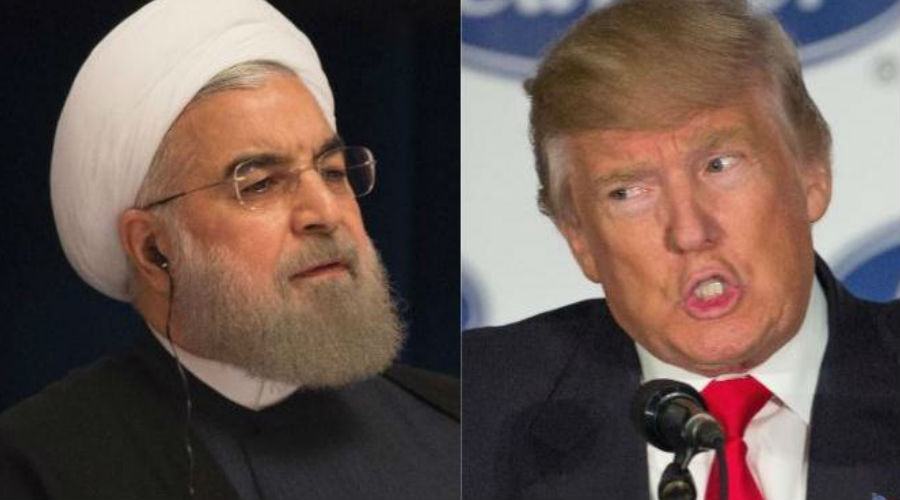 On March 26, 2017, Iran imposed sanctions on 15 US companies. "The sanctioned companies have, directly and/or indirectly, been involved in the brutal atrocities committed by the Zionist regime in the occupied Palestinian territories, or they have supported the regime's terrorist activities and Israel's development of Zionist settlements on the Palestinian soil," according to the Islamic Republic News Agency (IRNA). Iran further threatened to label the US military and the Central Intelligence Agency (CIA) as terrorist organizations following a bill proposed to the Iranian Parliament.

The move is largely symbolic as it is not expected to have significant effect on the ground because, first, US companies and banks do not have considerable financial and economic dealings with Iranian counterparts even after the international sanctions against Iran were lifted on January 17, 2017. The Second reason is those US companies will risk being punished by US authorities for any involvement with Iranian organizations accused of supporting terrorism, the ballistic missile program or the Iranian Revolutionary Guard Corps (IRGC). Moreover, because Iran is blocked from accessing the US financial system, tight constraints block any upgrading of trade dealing between the two countries.

Even when Boeing Co. on December 11, 2016 sealed a deal to sell 80 jetliners to Iran, the US company was not able to enforce the agreement until receiving a license from the US Treasury Department. The deal faced strong opposition at Congress, and there are even many voices expecting that the Trump administration will opt for blocking the deal as part of its ongoing tensions with Iran.

Nevertheless, the latest Iranian move implied several significant indications concerning Iran's options to deal with the escalation expected from the Trump administration in the coming period. It has also shed light on the possible implications of any such measures on the efforts being exerted by President Hassan Rouhani’s government to reap the benefits from the nuclear deal sealed with the P5+1 group of world powers on July 14, 2015. Another important factor is that Iran deliberately associates escalation with the US administration with thorny regional issues. Tehran highlighted the US support for Israel, and even accused the US of supporting terrorism and oppressing people. These accusations have major political significance as Iran attempts to draw Washington's attention to Tehran’s crucial role and influence in crisis zones such as Iraq, Syria, Yemen and other states.

The Iranian foreign ministry described its possible sanctions against some US companies as reciprocal treatment and a response to the latest sanctions that the U.S. Treasury Department imposed against Iran on February 3, 2017. The sanctions included 25 individuals and entities for their role in supporting Iran's ballistic missile program.

What should be noted in this context is that Iran's justifications for its sanctions were largely loose, high-sounding and general and are not linked directly to Iran itself nor to its current escalation against the US administration. They are not even new justifications. They represent the same accusations that Iran has been hurling against the US since the Revolution broke out in 1979.

However, indicating these reasons in particular as justifications of Iran's sanctions are of evident significance. Iran, as implied, is threatening to use its influence in crisis zones as leverage or a bargaining chip against the US recent escalation that included tightening sanctions against Iran and piling on more accusations of supporting terrorism and destabilizing the Middle East.

Accusing Washington of "repression of people" stands out in this context as it coincided with Tehran's call to bring what it called the US-led coalition's massacres to justice after a US aircraft conducted an airstrike west of Mosul, Iraq, on March 25, 2017 killing and injuring dozens of civilians.

In addition to the above, the move reflects the fact that Iran has limited options in addressing escalation from the Trump administration. That is, Iran is not likely to risk ratcheting up tensions with Washington to an unprecedented level that can potentially pose a threat to the implementation of the nuclear agreement, prompt Washington to threaten military action against Tehran, or drag Iran to direct and indirect confrontations (with the United States) in crisis zones such as Iraq, Syria and Yemen.

Moreover, the party that can be affected the most by such sanctions is Iran itself because its latest move contravenes efforts that President Hassan Rouhani’s government made after taking advantage of the the nuclear agreement’s economic benefits. These efforts caused a severe rift with state influential institutions as well as other Iranian leaders, including Supreme Leader Ali Khamenei. President Rouhani himself, during the United Nations General Assembly on September 22, 2016, welcomed American companies to the Iranian market because the nuclear agreement removed all obstacles from their way.

Based on the above, Iran's accusations, that the United States was creating obstacles to prevent Iran benefiting from the nuclear agreement, will face a significant problem in the short term. That is because Iran itself became responsible for creating such obstacles after it announced its reciprocal move against the United States.

Worth mentioning is that the Iranian government is evidently backing down on its positions on the nuclear agreement as well as its escalation against the United States. This is part to identify with the regimes' higher policies that are dictated by Supreme Leader Ali Khamenei himself. Several voices inside Iran were keen on stressing that the call for imposing sanctions on US companies was made by the Supreme National Security Council headed by President Rouhani, implying that it was endorsed by all major state institutions including the presidency.

However, more importantly, the Iranian government deliberately sent messages to Iranians implying that it is no longer responsible for any obstacles blocking the bid to draw economic benefits from the nuclear agreement. Tehran justifies that by the allegation that its main task was focused on sealing the deal with the P5+1 and that reaping the benefits should be the responsibility of other state institutions. This clearly reflects the government's desire to lift the pressures exerted on it over its failure to upgrade financial and economic relations with some world powers, at a time when sanctions blocked this bid.

Within this context, Abbas Araqchi, a senior nuclear negotiator who is the deputy foreign minister for legal and international affairs, said, on March 9, 2017, that the nuclear agreement was signed and the international sanctions against Iran were lifted and that the remaining part is the responsibility of other economic and relevant authorities.

Without a doubt, the changed position of the Iranian government is correlated to the approaching presidential elections, due on May 19, 2017. However, this does not negate the fact that the Iranian foreign policy shift indicates evident confusion of Iran's reactions to the escalatory measures pursued by the Trump administration, which seems to continue to be pursued in the near future.