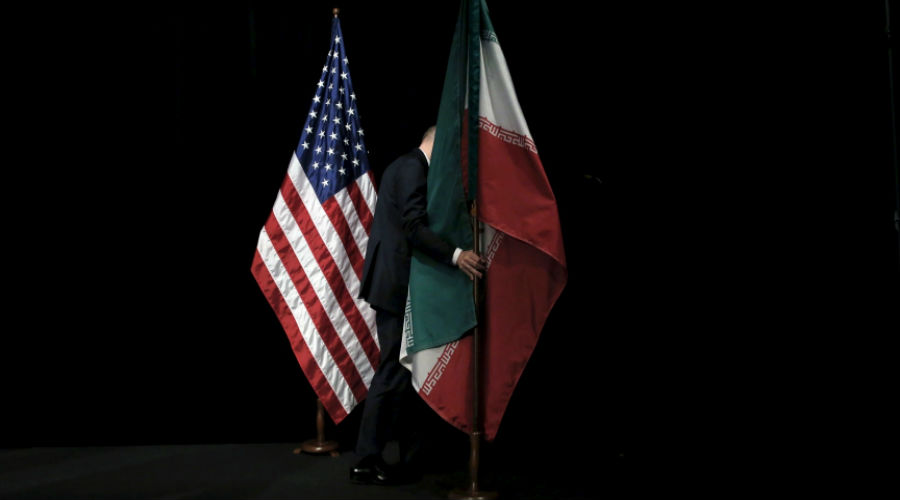 There is growing discord among Iranian politicians regarding the available options for dealing with the escalation policy pursued by the US. This is evidenced in Iran’s announcement on March 9, 2017 that it had successfully tested a naval ballistic missile called Hormuz 2, while the Iranian navy continues to pursue deliberate provocative measures against US Navy ships throughout March. These provocations include an Iranian frigate coming within 150 meters of the USNS Invincible, forcing the US surveillance ship to change its course to avoid collision.

The extent of these discords will probably widen in the coming stage, especially in light of the fact that the Trump administration has recently been working towards shining a light on the Iranian influence in Syria. Nikki Haley, the US ambassador to the United Nations, expressed this on March 9, 2017 when she stressed the need “to get Iran and their proxies” out of Syria, and even likened them to terrorists.

The discord was clearly revealed by the latest statements of Commander of the Iranian Revolutionary Guards Corps Aerospace Force, Brigadier General Amir Ali Hajizadeh, in which he announced a successful test launch of a new naval ballistic missile and said “We prepared a ballistic missile for the purpose of launching a satellite for civilian purposes, but there were people who sent it back to the storage facility after a threat was received from the Americans."

These statements coincided with continued criticism from some Iranian officials, including Supreme Leader Ali Khamenei, towards President Hassan Rouhani's government. Khamenei also criticized the slow economic growth and relying solely on foreign investments. There are two different perspectives within Iranian political circles on how to deal with the Trump administration’s policies.

This perspective features calls for avoiding any positions of escalation to counter the policy pursued by the US administration, in order to avoid giving it the chance to put more pressure on Iran and keep the door open for the possibility of reconciliation. This is based on the belief that such an approach would represent the most positive option for Iran's interests at present.

This perspective implies that any escalation with the US administration currently can cause negative repercussions for Iran. That is because escalation can possibly undermine the government's plans to continue to benefit from the gains of the nuclear deal, namely through attracting more foreign direct investment, allowing Western banks and companies to do business with Iran and end their forced absence due to the international sanctions. If tensions were to escalate the US administration may decide to take measures that restrict American businesses from engaging in banking transactions with Iran in the coming period. Such measures would include imposing sanctions on Iran over its recent missile tests or noncompliance with some of the terms of the nuclear agreement.

Moreover, escalation with the US could force the administration to take measures to counter Iran's influence on the ground. This includes the possible designation of Iran-allied militias in Syria as terrorist organizations, which, accordingly, would join the current list of organizations that will be targeted by the US-led global counter-terrorism coalition, such as ISIS and Jabhat Fatah al-Sham. However, this does not appear to be a feasible option, due to the possibility that this move could be rejected by international powers such as Russia. Despite the fact that Russia has shown resentment to some of the practices of these militias in Syria, they understand that they are vital to the survival of their Syrian ally, the Assad regime.

What stands out within this context is that some advocates of this trend have already started to propagandize the need for avoiding an "unwanted" war with the United States by taking measures to defuse tensions and discontinuing provocative measures in the Gulf, and even arrive at a compromise to pending disputes.

Noteworthy, within this context, is that during February 2017 the Iranian Diplomacy website- a platform close to some reformist diplomats, namely former deputy foreign minister Seyed Mohammad Sadegh Kharazi, founder and chair of the NEDA party- published an important study titled The Strategic Logic of an Unwanted War in the Gulf between Iran and the United States. The study noted that such war would break out as a result of miscalculations by one of the involved parties, and that the risk of a war breaking out increases when tensions and conflict dominate the interactions between the parties, which, in this case, are Tehran and Washington.

The most notable recommendations made at the conclusion of the study include the need to open communication channels with Washington at the political and military levels so as to avoid the possibility that any minor military friction would lead to a direct large-scale confrontation in the Gulf waters, especially in light of the Iranian Revolutionary Guard Corps' recent continued provocation of US Navy ships. The study also recommends that further efforts should be made to reach settlements to a range of regional disputes so as to help de-escalate tension straining relations between the two countries, in particular because the US administration is willing to expand the range of its grievances against Iran to include Iran's support for terrorism and its role in destabilizing the Middle East.

The second perspective features a stricter policy based on escalation to counteract pressure from the Trump administration. This approach appears to receive more backing from the country's top authority, Ali Khamenei.

This approach features a belief that pursuing a flexible policy to address escalation by the US would force the Trump administration to take further escalatory measures against Iran. Accordingly, the best option would be to send strong messages to Washington that Iran has multiple options to counter US pressures, even if Washington works on adding more sanctions on Iran or designating some of its institutions and establishments as terrorist organizations.

In light of the above, it may be safe to say that the extent of this polarization will increase in the coming period, especially since the Iranian presidential elections are approaching. The institutions that are close to the conservative hardline movement may seek to take more escalatory measures to embarrass President Rouhani and put him under pressure. This is probable as Rouhani still has a good chance of winning a second term, especially since he was able to reaffirm his loyalty to the supreme leader despite facing continued criticism from Khamenei over the nuclear deal with the world powers.