Will Western Companies Retreat from Investing in Iran? 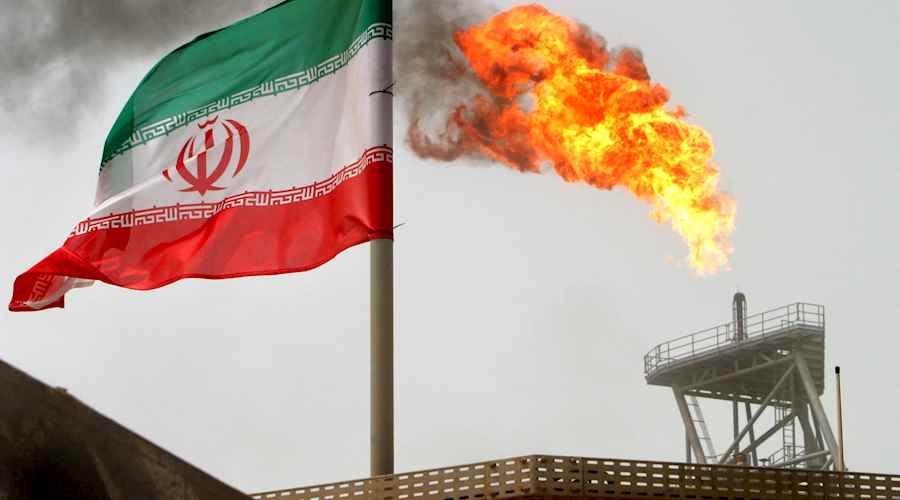 It appears that the sanctions imposed recently by the United States on Iran, after the latter test-fired a ballistic missile in January 2017, will serve to obstruct the economic gains made by the Iranian economy in 2016. Since the nuclear agreement was signed between Iran and the p5+1 countries in July 2015, and sanctions were subsequently lifted in January 2016, Iran was able to extend its oil exports to the international market, signing a number of investment deals with foreign companies, and reviving its economy which has been shrinking for years.

Although the recently imposed sanctions will apply to a number of Iranian people and companies with ties to the Iranian Revolutionary Guards, they do not violate the nuclear deal according to some Western reports. The sanctions are expected to scare off foreign companies who wish to enter the Iranian market by escalating tensions between Iran and the US.

It is likely that the new sanctions will restrict the implementation of investment deals signed between Iran and a number of Western companies in recent. The sanctions add to a climate characterized by uncertainty, although a number of other international parties emphasized that the prior sanctions did not violate the nuclear agreement, and therefore may give non-American companies greater flexibility in interacting with the Iranian market.

Additionally, Iran was successful in lifting its economic sanctions by signing a number of preliminary trade and investment deals with Western companies. These appear to be essential to Iran’s efforts to revive its oil sector, support infrastructure, and develop its non-oil sector. In January 2017, Iran was able to receive the first civilian aircraft from France’s Airbus as part of a USD 20 billion deal with the company to purchase a total of 100 aircrafts.

With respect to their oil sector, Iran signed several initial agreements with Western oil companies to develop oil and natural gas fields on their lands.

The deal signed by Iran with France’s Total represents the first of several oil deals signed with international forces in recent months. The National Iranian Oil Company signed a preliminary agreement with Total to develop Phase 11 of the South Pars gas field, worth USD 4.8 billion. It is anticipated that the project will produce 2 billion cubic feet of natural gas per day. According to the agreement, Total will hold a 50.1% stake, while China National Petroleum Company, also participating in the agreement, and the National Iranian Oil Company’s Petropars, will own 30% and 19.9% respectively.

In most of the deals concluded by Iran with foreign companies since July 2015, Iranian private sector participation was relatively limited. On the other hand, companies with ties to the state the Revolutionary Guard control the largest share of won contracts. According to some Western accounts, state entities have signed approximately 90 agreements out of a total possible of 110, valuing no less than USD 80 billion since 2015.

For several months, the tension between Iran and the US has been on the rise. This is particularly due to American President Donald Trump (the Republican nominee at the time), announcing his desire to cancel the nuclear agreement with Iran. At the time, the statement raised economic fears within Iran.

Furthermore, in December 2016, the US Congress approved a number of sanctions not linked to Iran’s nuclear program. The tension between the two parties escalated even further once Donald Trump became president in January 2017. After Iran test-fired a ballistic missile with a range of 600km at the close of the same month, the U.S. Treasury Department announced that sanctions would be applied on 13 people and 12 entities who participated in purchasing technology and items to support Iran’s ballistic missile program, or who provided support to the Quds Force of the Revolutionary Guard. This has created a new package of sanctions and a new era characterized by uncertainty in US-Iranian relations.

In the days following the test-firing, the US sent an official notice to Iran, warning them of the consequences of continuing their ballistic missile development program. The new U.S. administration has not ruled out tightening punitive measures against Iran. White House Spokesman Sean Spicer stated, “The United States will take more punitive measures against Iran in the future as it deems fit…the recent sanctions send a clear message that the nuclear deal does not serve American interests.”

At the same time, the European vision is consistent with America’s position. In reference to the EU’s stance on the Iranian missile test, Nabila Masseraly, spokesperson for the High Representative for Foreign and Security Policy for the EU said, “The European Union expresses its concern about Iran’s missile program and calls on Iran to refrain from acts that deepen mistrust, such as ballistic missile tests.”

In the face of new US sanctions, Iran responded quickly with intentions to impose sanctions on American companies. All of this serves as a reference to the expanding scope of disputes between Iran and the new American administration and the restoration of tense relations between the two countries.

Iranian officials have played down the significance of American threats. In this regard, Brigadier General Amir Ali Haji Zada, Aerospace Force Commander of the Iranian Revolutionary Guards, stated that, “America’s threats to Iran are nonsense. Committing any mistake on their end will result in our missiles raining down on their heads.” Iranian Foreign Minister Mohammad Javad Zarif stated, “Iran is not intimidated by threats because we derive our security from our people…we will never wage war.”

Despite foreign companies being able to enter Iran easier as a result of the deal, the full integration of the country into the global economic system is not a quick process. On the one hand, certain major oil companies are hesitant to work with Iran. British Petroleum is one of the companies, which participated in the accord offered by the Iranian Oil Ministry in January 2017. The agreement invited participation in Iranian oil and gas projects as tensions continued to escalate between Iran and the US

In addition to the above, Iran faced also faced a number of difficulties in engaging with global and regional banks. Certain American banks were prohibited from working with Iran according to sanctions still in place. European banks faced difficulties signing deals with Iran and completing them via the US financial system.

It should also be noted that the deal signed between Iranian Airways and America’s Boeing, which includes the purchase of 80 aircraft worth USD 16.6 billion, has faced stiff opposition from the US Congress, although it had approval from the US administration. In November 2016, the U.S. House of Representatives passed a bill aimed at preventing the sale of commercial aircraft to Iran by banning the US Treasury from issuing the licenses needed by American banks to finance the sale of the aircraft.

Alongside the above difficulties, restrictions were imposed on doing business with Iran in 2016, and it appears that the new American administration’s role is aimed at increasing sanctions on Iran. The same stance has been adopted by Europe, a fact that will create tension in relations between Iran and the international community. This means that more barriers will impede the work of foreign companies in the Iranian market, lending credibility to the possibility that American companies will sharply avoid the Iranian market at present out of fear that the new administration will impose heavier sanctions.

Other international forces have emphasized that the recent American sanctions do not represent a breach of the nuclear agreement, which allow foreign companies to invest in the Iranian market. This means that the Iranian market still has the chance to grab up various investment deals that the US and European authorities will approve.

In conclusion, it can be said that America’s threats toward Iran may have negative implications for the Iranian economy. However, these latest sanctions may not scare all American and European companies off from doing business in the Iranian market in the near future.