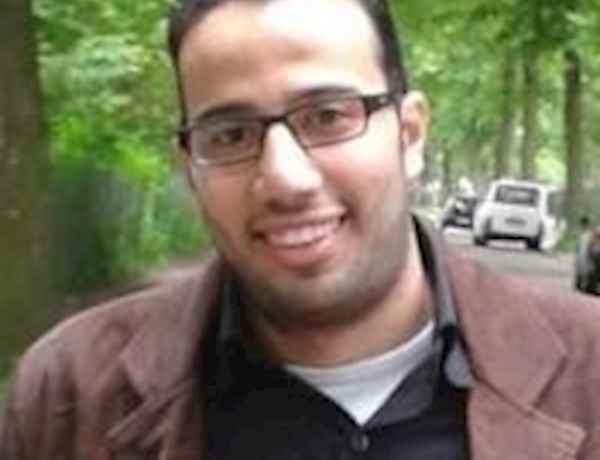 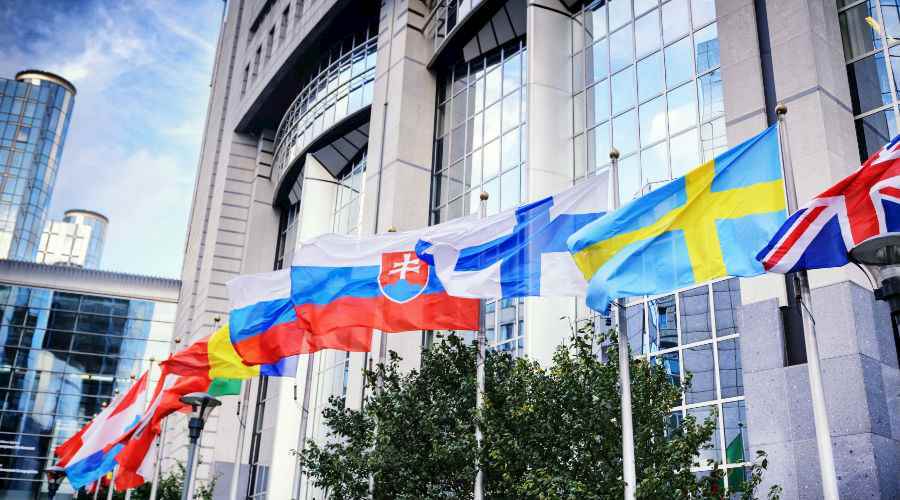 The rise of Europe’s right, both moderate and extreme, raises questions about the policies of right-wing parties toward the Middle East in light of the refugee crisis and the alliances such parties are likely to build with states in the region.

Recent terror attacks in Europe have encouraged the rise of right-wing movements with their hard-line positions on migrants and refugees, especially those fleeing conflicts in the Middle East. European right-wingers agree that immigration is a threat to European civilization, as migrants aim to “Islamize” the continent, threatening European ideas of secularism and separation of religion and state. Migrants, they argue, also take advantage of the welfare state (1).

The rise of the right

In recent years, the far right has successfully presented itself to European voters as an alternative to other conservative movements, exploiting regional and international crises and arguing through the media that these crises have threatened the security and stability of Europe.

The far right has been bolstered by successes in several states, notably Britain following the victory of the Brexit camp in a historic referendum on leaving the European Union. This was later crowned with the victory of Republican candidate Donald Trump in the US. presidential elections.

Elections and polls across the EU, including ones in Sweden, the United Kingdom, France, Austria, Holland, Switzerland and Denmark, have shown that the right is advancing strongly. The rise of right-wing ideas will inevitably affect Europe’s regional and international relations.

Its head, Marine Le Pen, will run in the French presidential elections on April 23, giving her a significant chance of winning and replacing Francois Hollande, who has decided not to run again due to his low popularity ratings. Le Pen will however face former Prime Minister, Francois Fillon, who is ahead of her in the polls.

In Germany too, the far right did well in three states during September 2016 regional elections. The right-wing Alternative for Germany (AfD), which was founded in 2013, won 12.5 per cent of the vote in Rhineland-Palatinate, 15 per cent in Baden-Wurttemberg and 24 per cent in Saxony-Anhalt (3).

This opens the way for the AfD to hold significant clout over German legislation. Looking forward, it is quite possible the party will win enough votes to form a government and change the direction of policy, whether regarding immigration and refugees or European integration.

In Britain, the United Kingdom Independence Party (UKIP) has also won important victories, making advances in local elections as of May 2016, and winning a seat in the House of Commons for the first time.

Sweden’s Democratic Party achieved similar results during the September 2014 general elections, winning 13 per cent of the vote. In Denmark, the People’s Party won European Parliament elections in May 2014 (4).

In Austria, the most controversial example, presidential elections saw the extreme right-winger Norbert Hofer of the Freedom Party win a first round presidential election in April 2016, with 36.4 per cent of the vote. Although he lost the second round in May to Alexander Van der Bellen of the Green Party, it was a narrow defeat with a margin of just a few thousand votes (5).

Hofer’s defeat made many Europeans breathe a sigh of relief, especially after polls had predicted he would win. While it was a setback for the right’s rise to power, the process has not been definitively halted. The coming years will likely see the rise of ever more hardline right wing parties if conservative policies continue and if Europe’s security continues to be under threat.

The rise of the right and the Middle East

European states are involved in the Middle East to varying degrees, depending on their own priorities and the nature of the interests tying them to the region. The growing power of the right in Europe means that these policies are likely to take a new direction, with more hardline, nationalistic policies and proposals for dealing with the refugee crisis.

Among the key Middle Eastern issues where right-wing parties are likely to change current policies are the following:

1. Migration and refugees: Dealing with immigration from the Middle East to Europe is a top priority for European right-wing movements, especially regarding refugees coming from states experiencing military conflicts. Right-wing parties share similar policies in that they reject migrants from around the world, but especially from the Middle East and North Africa.

Recent terror attacks in Europe have given right-wing nationalists the space to adopt more aggressive rhetoric towards Muslim immigrants from the Middle East, portraying them as not only threatening Europe’s security but also the continent’s Christian identity, and as placing new economic burdens on countries across the continent.

This is clear in the language used by Germany’s AfD, France’s National Front, “Freedom” parties in Austria and Holland, the People’s Party in Switzerland and others. They argue that “Muslim refugees are a danger to European societies which must be tackled,” with some going as far as saying Europe should be “free of Islam” (6).

Furthermore, many such parties reject the deal on refugees signed in March 2016 between Turkey and the EU, saying it would not deal with the root of the problem but simply push it further from Europe’s borders.

They argue that as well as opening the door to further cooperation with Turkey, it gives Ankara the prospect of future EU membership, further threatening the European identity (7).

Refugees from the Middle East can be expected to face ever harsher policies from hardline right-wing movements, whose leaders have promoted a number of policy suggestions in this regard (8):

A. Entirely closing Europe’s borders to new refugees. AfD’s head, Frauke Petry, has proposed ordering border forces to open fire on any migrant or refugee who tries to enter illegally.

B. Limiting government aid to refugees. Some called for restraining aid including health care and other services, as well as cutting the number of refugees who are granted asylum.

C. Closing down Islamic schools. Another suggestion was to close Islamic schools and associations that provide services to refugees and Muslim migrants in Europe, as well as banning the building of new mosques and even outlawing Islamic religious practices.

These proposals have been accompanied by growing public support for returning refugees to their own countries and dropping European states’ humanitarian activities entirely in order to preserve the security and national character of Europe. While right-wing parties have pushed such policies, they have not outlined a clear strategy for deporting refugees or said whether they would be sent to their own countries, placing a burden on states in the region, or to intermediate countries, given their continued opposition to the EU-Turkey deal.

2. The Syrian crisis: Right-wing parties’ position on the Syrian crisis is directly linked to the growing numbers of people seeking refuge in Europe. They overwhelmingly support the Assad regime, seeing its survival and the halting of material and military support to the Syrian opposition as paving the way for a political solution that could allow Syrian refugees to return home.

At the same time, the European right tends to support greater cooperation with Russia, calling for a detente with President Putin in order to find ways to resolve the Syrian crisis (9). As the right grows ever more powerful, that could raise the possibility of removing EU sanctions against Putin’s regime in exchange for Moscow pressuring Damascus to calm the situation in Syria, allowing refugees to return, and thus relieving the burden on Europe. Most right-wing parties reject any military intervention in Syria (10).

3. The Palestinian-Israeli conflict. Nationalist parties in central and western Europe are divided on how to deal with this issue. While some in central Europe accuse Israel and the “global Jewish elite” of “enslaving” the Palestinians and dominating the American government, some in western Europe support Israel, they view Islam as a common threat to both Israel and Europe, meaning both are fighting the same war and that Europe should therefore support Israel (11).

As Islamophobia grows in Europe and the strongly pro-Israel Trump administration takes office with a promise to move the American embassy from Tel Aviv to Jerusalem, it is possible that European support for Israel will grow. This would damage efforts to resolve the conflict, tilting the balance in Israel’s favor and inevitably creating more tension in the region.

4. Relations with Iran. European relations with Iran are a dilemma for European right-wing parties. While Iran is essential to any resolution of the Syrian crisis that would halt the flow of Syrian refugees towards Europe, many European states fear that future events in the Middle East could trigger a broader war, especially given President Trump’s stated intention to shoot down the Iran nuclear deal (12). Such a war would threaten Europe’s security too.

Therefore, the right in Europe may seek to preserve balanced relations with Iran in order to guarantee Iranian support on energy issues, while pushing to keep the nuclear deal in order to forestall further tensions in the region that could impact European security, which is directly linked to security in the Middle East.

In conclusion, the rise of the right in Europe will re-draw the map of political alliances in the Middle East. But the nature of those new alliances and their effects on both Europe and the Middle East remain unclear. They will be determined by new developments both on the continent and in the region.

2) Nicolas Bouzou, "What’s behind the rise of the far right in France?", (Foundation for Economic Education, September 12, 2016), available at: https://goo.gl/6qhqIK

3)   Chris Harris, "The Figures Behind the Rise of Far-right Party Alternative for Germany", (Euronews, September 7. 2016), available at: https://goo.gl/aHiAJC

12) Homas Burrows, “Trump's Iran stance could threaten a WORLD WAR and the destruction of Israel, warns Tehran as it cautions the Donald against 'provoking' them in the Middle East”, (DailyMail, December 12. 2016), available at: https://goo.gl/3tJlpK