The Implications of Extending American Sanctions on Iran 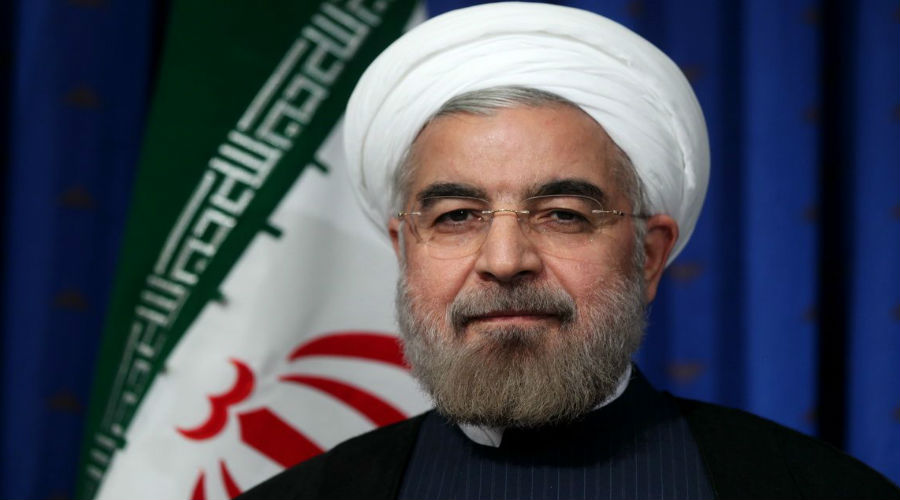 Listen
Tensions between Iran and the US have recently increased, especially after the US Congress’ decision to extend sanctions for another ten years. In response, Iran began sending implicit threats of enacting escalatory measures, such as passing a new law which would require the government to redevelop its nuclear plan to levels that predate the nuclear agreement signed between Iran and the 5+1 Group on July 14th, 2015, or potentially suspending the nuclear agreement entirely according to remarks made by Iranian Foreign Minister Mohammad Javad Zarif.

Despite this gradual escalation between Washington and Tehran, this phenomenon may simply be a matter of hinting at reciprocal pressure in order to avoid actual damage associated with procedural steps in this regard. Both parties will exert effort to avoid bearing international responsibility surrounding the failure of the nuclear agreement, which will no doubt impose grave repercussions on the guilty party. From this perspective, it can be said that these escalatory steps form attempts to place reciprocal pressures before the administration of US President-Elect Donald Trump takes office on Jan. 20th, 2017.

The Message of Timing:
Both The House of Representatives and Senate, through an absolute majority, approved extending the sanctions imposed on Iran for another ten years, a step that has two main implications. The first is that there is a general idea within the US that changes must be made to US policy toward Iran, as the policy adopted by the Barack Obama administration has failed to achieve its goals. This policy, in some cases, resulted in contrary implications, such as a failure to prevent Iran from investing in the nuclear agreement to support its influence and presence in the region by continuing to provide aid to armed militias both financially and militarily, and failure to take deterrent measures to convince Iran that it is futile to maneuver the nuclear deal or search for legal loopholes. This was clear when Iran conducted various experiments on launching ballistic missiles, arguing that they were not designed to carry nuclear weapons, although its military forces have recently adopted a provocative policy on interacting with American military units in the Gulf: Ten American sailors were detained after entering Iran’s territorial waters. In January 2016 a  video was published with the soldiers kneeling with their hands above their heads.

It was striking that such a penal measure enjoyed widespread support among members of the House of Representatives and Senate, despite efforts made by the US Secretary of State John Kerry to convince Democrats not to vote in favor of extending sanctions so as not to weaken the nuclear deal.
The second major implication of this step is that Congress is moving to support the position of the new administration headed by Donald Trump before he officially assumes office in January next year in order to enable the government to raise the ceiling on sanctions imposed on Iran, or exert even further pressure thereby forcing Iran not to circumvent the nuclear deal and to cease provoking US forces in the Gulf.

This approach supports extending the sanctions because it is perceived as the best option for dealing with Iran; taking the opposite step, for example, would involve refraining from renewing the law. Proponents of this approach believed that failing to renew the law, which the Obama administration supports, could send the “wrong message” to Iran, who without a doubt, wants to exploit the removal of sanctions in order to increase support for terrorist organizations, provoke American military units, and continue to intervene in various regional crises in a manner which will escalate in intensity and persistence without reaching a settlement.

Counter Measures:
These causes can be interpreted in light of Tehran rushing to respond to the new measures taken by Washington. On Nov. 23rd, 2016, the Supreme Guide Khamenei emphasized that new sanctions are in violation of the nuclear agreement, warning that Iran would enact revenge if they were extended. The Iranian Shura Council began discussing a draft law that would oblige the government to accelerate its nuclear activities once more, meaning a return to the program’s previous levels, both in terms of continuing enrichment up through 20% and using a larger number of more sophisticated devices for the central centrifuge. Another draft law would ban the import of American consumer products in response to the recent steps taken by Washington.

Iranian Foreign Minister Javad Zarif also noted on Dec. 4th,r 2016, that Iran would be forced to suspend implementation of the terms of the nuclear deal if the US extended sanctions. The supervisory committee for the nuclear deal under the leadership of Hassan Rohany, speaking in response to the recent American extension measures, held a meeting on Dec. 7th, 2016, to discuss the measures that Iran will take if the agreement is violated.

Without a doubt, these threats are not distinctive from recent statements made by various Iranian military officials, such as Brigadier General Baqer Zadeh, who is responsible for searching for missing members of the armed forces. He noted on Dec. 1st that Iran had extended its control over the Strait of Hormuz and the Persian Gulf, and on Nov. 26th, 2016, Major General Mohamed Bagheri hinted at the possibility of establishing naval bases in Yemen and Syria.

Overall, these statements demonstrate how Iran seeks to impose reciprocal pressures on the new US administration in order to convince them not to alter American policy toward their nation in a manner which could lead interactions between the two parties toward options that do not appear favorable to Tehran, especially with regard to the nuclear deal. This includes failing to continue operating in accordance with the nuclear agreement, an option which could have a series negative implications on the security and interests of Iran, as it will result in new international sanctions being imposed once again. This would increase the likelihood that Iran could be exposed to a US military strike to prevent the nation from developing its nuclear program to unprecedented levels.

Potential Disparities:
On the whole, this does not negate the fact that Iran is still counting on a distinction between the statements made by Trump in the recent past and what he is actually capable of doing once taking office. He stated that the nuclear deal was “catastrophic” and “the worst deal in history,” but would not possess, according to Tehran, many options if he attempts to tank nuclear agreement; practically, he cannot abolish the agreement after the international consensus it received from prominent forces relevant to the settlement. These include various European countries such as France, the UK, and Germany, in addition to Russia and China, all of whom shared in the negotiations with Iran and exerted intensive efforts to make them a success. These countries later moved to invest in the deal by enhancing their economic and military cooperation with Iran after having received support from the Security Council, which issued Resolution 2231 one week after the settlement was reached.

Tehran and Washington have begun to prepare early for a potential escalation over the coming four years with direct impacts that will surpass, to a large degree, the limits of bilateral interactions between the two parties. Various regional issues which both sides have a keen interest in are locked in a state of entanglement.