The Consequences of the US-Russian Agreement 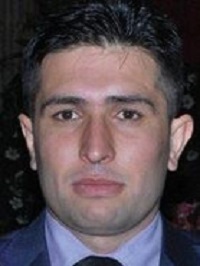 A copy of a recent leaked draft agreement between American Secretary of State, John Kerry, and his Russian counterpart, Sergei Lavrov, on Syria included no indication of how a political process or solution would look like for the war-torn country, a question that is crucial for Syria’s future.

The draft, which was drawn up during Kerry’s visit to Moscow in mid-July, was reviewed by Russia’s President, Vladimir Putin. American and Russian experts had discussed it at length in Geneva, Switzerland.

It was said to include several clauses that both parties must comply to implement, including a total ceasefire in all parts of Syria, coordinate airstrikes  against ISIS and the former Al-Nusra Front (which has rebranded itself as Fateh al-Sham Front), and the establishment of a joint operations room in Amman, Jordan to oversee military operations in Syria.

Additionally, talks between Syrian parties would be relaunched under the supervision of UN envoy, Staffan de Mistura. According to leaks, Kerry confirmed that the debate concerning Bashar al-Assad’s future would be left for future talks.

It appears that the new American-Russian accord, once finalized and ratified, will be no different from many previous agreements between Washington and Moscow -- all of which have failed.

The most recent agreement seems set to follow the same path. Three factors -- timing, capacity and the positions of regional and local actors -- will affect the outcome of this agreement, negatively. None of them will lead to the conclusion that satisfies the demands of both factions in Syria, nor will they lead to a genuine political process.

Timing appears to have been the main factor compelling Washington and Moscow towards an agreement on Syria. It will also be the key factor when it comes to implementing the agreement.

The current American administration, which has a few months left in office, is seeking insistently to achieve some kind of solid progress in the Syrian conflict. It has become one of the most concerning issues in international security, and one in which the Obama administration has been accused of being passive and ineffectual in dealing with the grave consequences.

Washington can therefore be expected to be very active on Syrian crisis in the coming months, in the same way the Clinton administration was on Palestine, towards the end of period in office, resulting in the Taba negotiations.

Yet, time is conversely also a  factor that could prevent any achievements. The Clinton administration worked hard to bring the Israelis and Palestinians to an agreement in Taba, but only by putting pressure on the Palestinian side, which in the end prompted the Palestinian leadership to reject the entire deal.

A repeated process could happen if the Obama administration attempts to achieve something meaningful in Syria, in the narrow time span, by exerting pressure on regional and local opposition factions, and without daring to exert parallel pressure on Moscow and the Syrian regime. The Obama administration’s limited timing could, therefore, be effectively exploited by the Syrian regime and Russia, as they understand the fragility of Obama’s position and his lack of room to manoeuvre.

On top of that, the fortunes of the main candidates in the American Presidential elections over the next three months could be an additional factor. If Hillary Clinton’s ratings rise, that could push the Americans to be more lenient, leaving the issue to the next, Democratic, administration.

On the other hand, it is evident that in the case if Donald Trump become president he would take radical positions on all the issues concerning the Middle East. That could enforce Russia and the Syrian regime to think seriously about creating a roadmap for a solution in cooperation with the current administration. The opposite could as well be true if Trump showed that his positions on Syria were as hesitant as those taken by the Obama administration.

Moscow and Washington may have “good intentions” to resolve the Syrian crisis, yet they realise how limited their capacity is to impose a solution on their regional and local allies in Syria.

In their meetings, the Russians raised concerns about letting the Syrian regime fall entirely into the Iranian orbit. It uses this fear as a tool to persuade other international actors to accept Russia as a key player in Syria.

With that logic, Russian policy attempts to reach a difficult balance in its dealings with Syria. It realizes that too much pressure could push the Syrian regime to openly reject Russian hegemony on Syria and move closer to relying exclusively and solely on Iranian support. That dynamic was displayed around the time of the signing of the Geneva 3 agreement.

Moscow is also aware that such an outcome could cost it dearly in terms of international influence, which it has gained with the increasing Russian influence in Syria.

While the Russians realise that, they are also aware that they lack the capacity to impose their vision on the al-Assad regime, especially as there are concerns about the political future of al- Assad himself -- a key factor in the way the Syrian regime determines its alliances. Iran has given far more definite assurances on that count than Russia has.

It is probable that Moscow will try to create three dynamics for working carefully within its capacities. Firstly, it will try to reassure the Iranians that their acceptance of a political solution will not mean they will lose their influence in the region. Russia will reinforce Iran’s military security with Russian weapons. Secondly, it will attempt to persuade the Syrian regime that Russia is able to secure its authority more than its current power on the ground, guaranteeing that the regime’s rule will persist in some form. Finally, the Russians will push the United States and other world powers to understand its difficult position, and persuade them not to exert more pressure against it.

The United States faces an equally difficult challenge to impose decisions on its proxies and allies. Simply put, the Syrian crisis is the most important geopolitical issue for most regional actors. It is a matter of national security for Saudi Arabia and Turkey. Neither state can afford missteps.

Meanwhile, for Syrians who are loyal to al-Assad regime, the situation is a matter of life and death. Therefore, no side will accept imposed solutions that do not match their own calculations of their vital interests.

The positions of regional and local actors

The American-Russian agreement appears to be based on a compromise between both sides in the Syrian conflict, as were previous agreements between them. However, those agreements failed to match Washington and Moscow’s goals with regards to regional and domestic Syrian concerns, on both the regime and opposition sides.

Iran, for one, refuses any reasonable agreement over the Syrian crisis. It has been demonstrated with a similar behaviour in other conflicts the region, namely thwarting the Yemeni negotiations that could have provided a template for a similar solution in Syria. That kind of behaviour is backed by a desire to have more influence in the region, especially since Turkey and Saudi Arabia are both preoccupied -- Turkey with domestic politics in the wake of a failed military coup and Saudi Arabia restoring the legitimate government of Yemen to power after the Houthi coup.

The Saudi and Turkish positions are as well based on the fact that they realise a “compromise” in Syria would take away many vital cards y from Tehran and  al-Assad regime. Domestically, the battle for Aleppo may well determine whether the two sides will accept a solution to the crisis. When the regime and its militias were advancing and besieging the city, the regime felt it could win a decisive military victory, prompting it to reject any political solution bluntly.

But days later, after a counterattack rebel  against the siege of Aleppo, the Syrian regime admitted that it faced a real problem. It had failed to secure a decisive military victory, meaning a political solution may present itself as the lesser of two evils. The coming weeks will be crucial, as the battle of Aleppo will be a key factor in determining which way the Syrian regime will turn.

The Syrian opposition, meanwhile, is divided over whether it can accept a political solution agreed upon by Russia and the United States. Yet it remains united on one thing: it will reject any agreement that does not clearly and explicitly guarantee the departure of al-Assad.