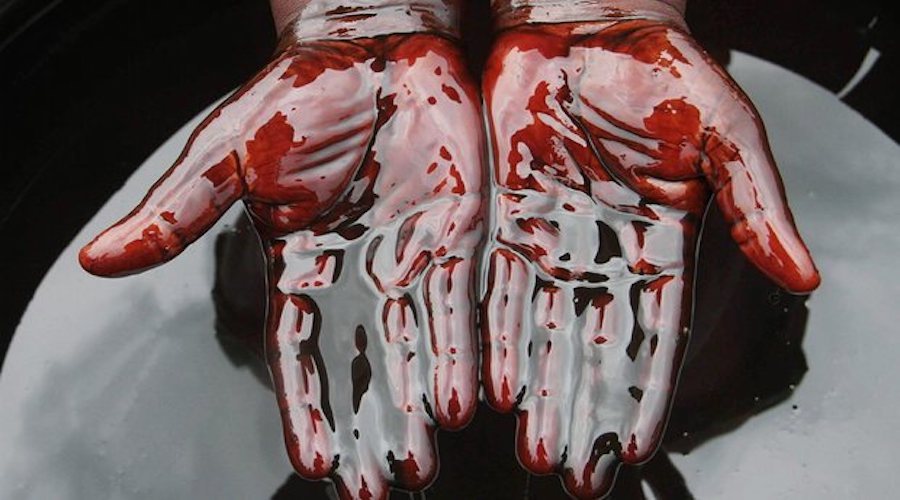 The frequency of terror attacks which target economic installations in the Middle East has increased in recent times in conjunction with escalating security tensions which have moved beyond countries plagued by crises to other, more stable nations in the region. Countries like Turkey and Lebanon have witnessed major sectors of their economies impacted, including tourism, finance, and oil, due to a series of repeated attacks conducted by armed organizations and terrorists.

It appears that these groups hope to achieve two main goals through this type of attack. The first involves inflicting damage and significant economic losses on the opponent, while the second relates to applying pressure in order to achieve a certain result or stop initiatives and positions that conflict with their interests and influence. All terror attacks which have impacted economic sectors have led to an accumulation of losses experienced by the countries of the region since the year 2011.

In recent times, economic facilities and installations across the countries of the region have been targeted through a series of terror attacks. The most important sectors that have been impacted include:

1. The financial sector: The attempted attack on the Yemen Central Bank after it was moved to Aden in September 2016 represents one of the most prominent terror attacks on an economic facility in recent months. A car bomb also exploded near the bank’s headquarters at the end of October 2016.

A car bomb was also detonated in close proximity to the Lebanese Blom Bank in Beirut in June 2016. The attack coincided with Lebanese banks moving to implement an international Hezbollah funding ban in April 2016 which strove to dry up all of Hezbollah’s funding sources around the world, including Lebanon of course, where the party undertakes most of its activities.

2. The oil sector: This sector is heavily influenced by security tension in oil-producing companies such as Libya, Iraq, and Yemen. In the framework of the military conflict that has been underway in Libya and Yemen for years, oil facilities were damaged as a result of repeated attacks undertaken by various parties to the conflict as well as terror organizations.

In the first months of 2016, the Libyan ports of Sidra and Ras Lanuf - before Libyan National Army forces took over - were subjected to repeated attacks undertaken by Da’esh according to several witnesses. Oil stores and gas pipelines connecting the country’s refineries were bombed. The main oil pipeline which links the refinery and crude station in Aden also suffered significant damage in January 2016.

3. The transport and aviation sector: The transport and aviation sectors are major targets for terrorist and armed organizations in the countries of the region, which was evident when Ataturk International Airport was bombed in June 2016 by the PKK according to some reports. This incident represented a quantum leap in attacks against economic installations in the country.

Representing a new threat to the naval transport sector, a Teekay LNG tanker was threatened off the coast of Yemen. Some witnesses stated that the tanker was attacked by several rocket-propelled grenades launched by pirates near the island of Miyun located 14 km from the southern coast of Yemen. The incident coincided with rising tensions in Bab El Mandeb after Houthis targeted by the American destroyer USS Mason during the second week of October 2016.

In reality, the nature of the attacks targeting economic installations varies greatly based on the type of tactics used and sectors targeted, in addition to the degree to which the attacks are repeated. The extent of the damage varies in most cases, and these factors can be summarized as follows:

1. Repetition rate: Post-2011 developments in the conflicts of the region indicate that the oil and tourism sectors are most impacted by terror attacks. The main reason for this is that the oil sector is a major activity in countries plagued by conflicts: oil is the only major resource in Libya and Yemen, which incentivizes terror organizations to control oil resources or inflict as much damage as possible on them to create the largest possible losses for their opponents.

2. Varying tactics: Without a doubt, the impacts of terror attacks are determined by several factors, such as the nature of the sector targeted, the techniques used, or the goals of the operation. Based on these factors, it can be said that the oil and tourism sectors are the most impacted by these attacks. High-risk tactics such as shooting, explosions, and so on are often utilized to cause significant damage to oil facilities, including pipelines. High-risk tactics such as rocket-propelled grenades without a doubt form a greater threat to the navigation.

Given the fact that the tourism sector is sensitive to any incidents, utilization of any tactic to implement terror attacks, regardless of whether it is low-risk, causes a strong downturn in the tourism sector. This was exactly the case for Turkey.

Overlapping causes lead to the targeting of economic installations and facilities as follows:

1. Political pressure: In the framework of the current Yemeni conflict, it is clear that the goal of the failed attack on the Central Bank which had been temporarily moved to Aden was to threaten the new infrastructure of the country, in addition to expanding the scope of the conflict to deflect the efforts of the legitimate government and diversity the conflict’s reach.

In other words, it can be said that the attempted attack on the bank is a clear indication that the legitimate government’s work to achieve financial independence would not be immune from the war. Therefore, the confrontation would extend farther than refusals to pay taxes and financial resources in those areas to the Central Bank in Aden.

In Lebanon, following the Blom Bank bombing, some reports revealed that Hezbollah was involved in the operation in order to pressure the banking sector not to implement the American law which banned Hezbollah funding, especially after some Lebanese banks closed the accounts of both Hezbollah members and the group’s charities and companies.

2. Harming the opponent: Without a doubt, one of the basic strategic goals of terror organizations is represented in inflicting damage on the opponent on several levels, not limited to the specific objectives of terror organizations. The consequences extend to all fields and other sectors. This goal is evident through the dynamics of the conflict underway between the Turkish government and the PKK which has repeatedly targeted several economic sectors, bearing a negative impact on the Turkish economy.

In this framework, one major reason behind the terror attacks which took place in touristic cities in Turkey during the early months of 2016, among others, was the sharp decline in tourism. The number of tourists visiting Turkey fell to 20.25 million during the first nine months of 2016 compared to 30 million during the same period in 2015. Additionally, the repeated attacks which have harmed oil pipelines have impacted oil supplies in the country, which could obstruct the work of a variety several economic institutions.

It is clear that damaging economic installations and facilities is a growing phenomenon in the Middle East. The negative impacts of this trend are not limited to the short term, enduring over a significant period of time due to the multiplicity of sectors impacted. Further, the impact of these attacks is not only reflected in economic matters, but also bears an impact on politics, security, and society as a whole.

It appears that Middle Eastern countries’ ability to confront these attacks is generally weak due to the fragile political and security situation that plagues countries embroiled in conflict on the one hand, and the fact that those crises have extended to neighboring countries such as Turkey on the other.

Despite this, the international response to some developments has been a decisive factor in reducing the severity of these threats. Examples of this trend include American forces launching missile strikes on three Houthi radar stations on the coast of Yemen in response to their targeting the USS Mason. This act was clearly aimed at deterring any threats to maritime corridor Bab El Mandeb as well as the naval transport sector as a whole.

Overall, it can be concluded that threats to economic installations in the region are escalating and becoming more complicated than they once were. Greater regional and international cooperation will be required to contain the associated threats as much as possible.