The rampant use of victim-blaming rhetoric during Arab crises 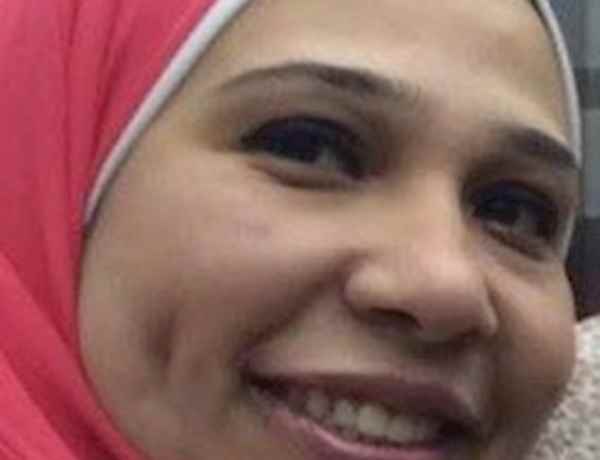 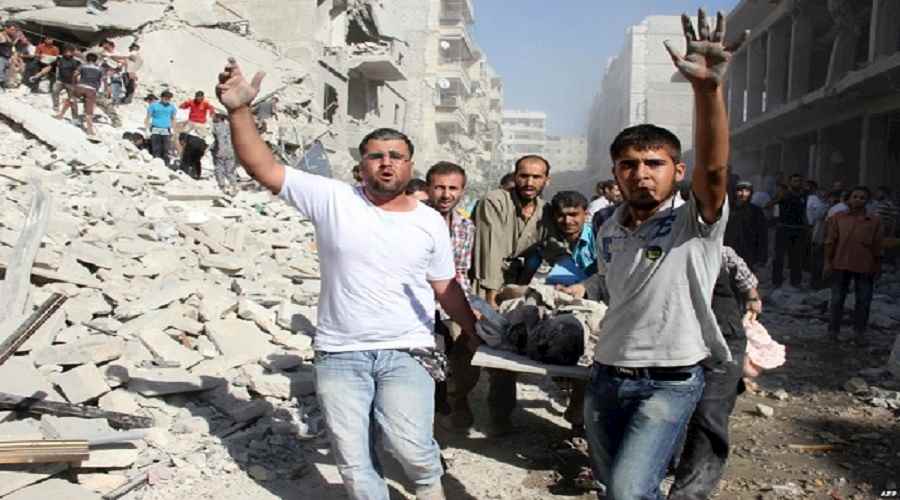 Media is a crucial element in crisis management due to its significant role in disseminating information and countering rumors, which exacerbate confusion and chaos in public affairs. The more professional, transparent and responsible this function, the more effective crisis management becomes. In addition, media plays an explanatory role presenting a clear vision of the causes, implications, and factors of crises. However, this role is sometimes limited to blaming the victims of these calamities to exonerate governments from any responsibility and depict government actors as people who exert great efforts that are only spoiled by the negligence of the very citizens who fall victims to their acts.

International media has witnessed several cases in which political, economic and military issues were framed to justify and support approaches and foreign policies of states. However, pursuing the same strategy repetitively to approach domestic crises entails catastrophic implications upon the core of the commitments of the social contract, which confers legitimacy to governments when they fulfill their public responsibilities and duties towards their citizens. Furthermore, this strategy, entailing an explanatory or apologetic and consecutive approach, carries severe future implications.

The theory of news framing proposes an argument that events as such have no intrinsic meaning or significance unless their meaning becomes embedded in a frame or story that organizes them and ensures their coherence through selecting particular elements to emphasize while ignoring others. In other words, it is a deliberate selection of certain aspects of an event to suppress and highlighting of others in the news text using a targeted method to describe the problem, identify its causes, assess its implications, and propose solutions to it.

Mechanisms pursued in framing, or the creation of frames, include writing main headlines and sub-headlines, the use of images, captions, logos, statistics, quotes, and conclusions. All the above are used in a certain way to present issues within a certain frame that influences receivers, causing or driving them to perceive it in an intentional and willful manner.

Framing can be achieved through selected contexts and words to describe an event through overestimation or underestimation, deletion, distorting as well as including certain details while ignoring others. This reflects a distinct perspective that allows the dissemination of whatever information the communicator wants to convey to the receiver, and not necessarily the accurate information that describes events as they happened. This, naturally, influences how the audience perceives and judges the event.

Frames of Justification in Arab Crises

Media framing is used in a range of situations, including conflicts, humanitarian interests, and responsibilities, and justification, where frames adopt central arguments designed to present excuses to justify the occurrence of a disaster despite efforts to prevent it while blaming other parties including victims of the very disaster in question. These frames are what the rhetoric of some Arab governments seek to employ to ease the criticism which is directed towards them during times of crisis.

In international media framing, the process serves the approaches and foreign policies pursued by the involved states, and have been used extensively in the war on terror and foreign military attacks. However, the adoption of this instrumental or pragmatic framing, which blames the victims of government policies, appears to be hard to account for when used to explain domestic crises and blame the citizen victims whose protection falls within the state’s jurisdiction.

In Syria, the regime of Bashar al-Assad attempted to justify military operations against Syrian civilians by using the context of fighting terrorism or fighting those who house terrorists. This is particularly true in Aleppo, where the images of children and senior citizens who are falling victims to the operations emerge and circulate through international media. All the while the Assad regime has insisted on claiming its regular army is bombarding terrorist-held territories and justifying the bombardment of hospitals, residential areas and infrastructure in eastern Aleppo by claiming that they are "individual errors that are in any war", as Assad himself stated in an interview with Denmark's TV2 station in early October.

“Blaming the victim" rhetoric is not confined to issues of security and military conflicts, but also extends to the public services sector as was the case in Tunisia. The Tunisian government blamed long water supply cuts on a 30 per cent increase in water consumption during the summer. The public water utility urged citizens to rationalize water consumption, while the National Water Observatory, a non-government organization, cited studies released by the World Bank several years ago that had warned of a water crisis in Tunisia caused by climate change. Nonetheless, the government did not develop the required strategies to counter the water crisis. Other studies cited uneconomic irrigation schemes in the Tunisian agricultural sector and urged the government to develop policies to address rationalizing water consumption. Instead, the administration accused citizens of squandering water to blame the crisis on increasing consumption during the summer, i.e. holding citizens responsible for the crisis, which is due in large part to the government’s inefficiency.

In Sudan, the eastern state of Kassala suffers from chronic critical shortages of drinking water that the government addressed with an explanatory rhetoric of blaming citizens who pay money to get clean drinking water in a state located on the banks of the Gash River. The governor of the state utilized newspapers to boast about his achievements of completed water projects and lecture citizens on rationalizing consumption, while animal-drawn carts tour the streets to sell water to the very citizens that the government asks to pay water bills in advance.

In Egypt, several media outlets waged a violent attack on more than 160 victims of the Racheed boat, which capsized off the Egyptian coast in September. The victims were blamed for their fate as a result of rhetoric describing them as “illegal migrants and fugitives” who violated the law searching for riches and threw themselves into the sea out of greed, all the while disregarding the real reasons and motives that led them to such an act.

Using explanatory frames to clarify the causes of crises in some Arab countries, and pursuing victim-blaming approaches represent an easy way for governments to deny their failures. This comes with catastrophic consequences that in return triggers a series of social crisis and social phenomena. Adopting this rhetoric creates a feeling of collective hate, frustration, and negligence, as well as weakens the sense of belonging and trust in law enforcement and the integrity of the tools of accountability. Accordingly, the pillars of any state and the foundations of the relationship between the ruler and the ruled become distorted.

Despite the fact that the repercussions of such approaches are evident, the reality in some Arab states indicates the presence of factors that enhance the production and acceptability of such explanatory media frameworks, adopted by some governments. The most important of these factors are the following:

1. There is a duplication between the rhetoric of the government and that of the media, as reflected by the degree of similarity between explanations adopted by the press on the one hand, and the concerned authorities on the other. This identification is revealed in the process of echoing the same arguments or quotes, i.e. reiterating, paraphrasing, re-processing, and re-introducing them as an expert's vision and not the government’s justification.

On the contrary, the similarity can be seen siding with the opposing view, where quotes or arguments are refuted by introducing counter-arguments. In either case, the approaches are widely linked with the nature of the dominant media regime, its diversity in terms of ownership, affiliation, orientation, and goals, as well as the governing legislative frameworks and the level of freedom that this regime provides.

In the case of Arab countries, media regimes are different regarding diversity and freedoms. However, the majority of them go mainstream with the current dominant media discourse, which is controlled directly or indirectly by the government, meaning a general tendency to reproduce the explanatory arguments that states launch to exonerate themselves.

2. Societal polarization has dominated the region in the wake of the Arab Spring, especially in the affected countries, where divisions and discord prevailed and became mainstream making the public opinion accept, more easily, explanatory arguments. The pro-government camp is more lenient to accept the justification rhetoric - adopted by some governments, and reproduced by media organizations that are directly or indirectly owned by or allied with these governments, which put the burden of failures on the other, either from the opposition camp or even the victims and people who lost their lives during the crises.

3. Escalating fears of collapse. General unrest which prevailed in some Arab countries in recent years, in addition to the breakdown of the states in Syria, Yemen and Libya have created public panic in other nations in the region which are relatively more stable. This leads to citizens of said countries to experience widespread fear as they are afraid to face the same fate if people oppose, criticize or demand change. These fears force the public into accepting an already dire situation because they worry that they will end up in a worse situation, and even defending a government’s pretexts, all because of the uncertainties of a gloomy fate.

4. Lack of information. Refuting government’s arguments and justifications used by officials and defending the rights of the victims requires sufficient information about the scale, dimensions, and precedents of the crisis or catastrophe, as well as hinges on the existence or lack of ready-made counter-plans and data needed for responding or criticizing.

Despite these factors that promote explanatory rhetoric used to justify some governments’ inappropriate crisis-management methods, experience reveals that these methods are primitive, fruitless, and often anger public opinion. Particularly because of the spread of new media that helped create societal debate away from factors such as property and belonging that shape the policies and rhetoric of traditional and institutional media outlets, leading the promotion of reproduced arguments and victim-blaming rhetoric.