Why does Turkey insist on taking part in the battle for Mosul? 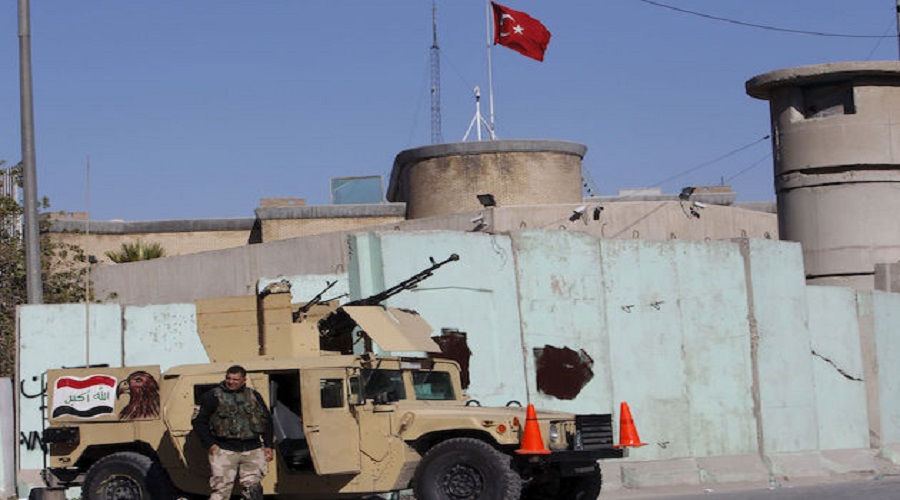 As preparations heightened for the battle to liberate Mosul from the Islamic State terrorist group (ISIS), which has controlled the city for more than two years, a war of words was taking place between Turkish President, Recep Tayyip Erdogan, and the Iraqi Prime Minister, Haider Al-Abadi. Baghdad had protested over the presence of Turkish forces in the Bashiqa military base in northern Iraq. Despite Iraqi opposition to the presence of Turkish troops on Iraqi soil, Ankara insists on keeping its troops there out of the conviction that Iraq is incapable of defeating ISIS in Mosul. Accordingly, the presence of Turkish forces at Bashiqa protects Turkey against ISIS attacks on its territory.

Tensions in the relationship between Iraq and Turkey prior to the battle for Mosul, which began on October 17, raised questions about why the tension came about, Ankara’s real reasons for keeping its forces in Iraq in defiance of Baghdad, as well as the regional repercussions after Al-Abadi warned Turkey that it risked provoking a regional war by doing so.

Historical aspect of the tension

Mosul holds a historical significance in Turkish politics. The Treaty of Ankara in 1926 between Iraq, the UK, and Turkey, gave Iraq sovereignty over Mosul ─which at the time referred to the whole of northern Iraq. Despite this, Turkey interpreted one article of the agreement, relating to the protection of the Turkmen minority in the area, as giving it the right to intervene militarily in Mosul. Another article affirms the necessity of preserving Iraq’s territorial integrity.

Throughout recent decades, Turkey’s nostalgia for Mosul has remained strong. The nation’s founding father, Mustafa Kemal Ataturk, even promised politicians who opposed the Ankara Treaty that Turkey would retake Mosul at the right time. Ataturk repeated that promise later on, in different ways, as did presidents Turgut Özal, Süleyman Demirel, Abdullah Gül. Recep Tayyip Erdogan has followed in this footstep, repeating that his forces will remain in Bashiqa and will participate in the operation to liberate Mosul despite Baghdad’s firm opposition and its warning that doing so could lead to a regional war.

Beyond the historical dimension, Turkey has calculated reasons for taking part in the Mosul operation, including the following:

From the Iraqi perspective, the Treaty of Ankara reinforced Iraqi sovereignty over Mosul, as Ankara recognized the current border between the two countries. Consequently, any discussion about a Turkish role in Mosul without Baghdad’s consent is an attack on Iraqi sovereignty, while any Turkish military presence constitutes an occupation of Iraqi soil.

Aside from the considerations of international law and state sovereignty, the Iraqi government’s opposition to the presence of Turkish troops on its territory is based on two main reasons. First, the United States, which supports Abadi’s government, is considered as the entity authorized to engage countries and recruit in the battle for Mosul. The US administration has repeatedly stated that Turkish forces in Bashiqa are not part of the coalition to liberate the city. The second factor relates to the Iranian-Iraqi alliance, which greatly supports Baghdad’s position. Iraq’s stance towards Turkey also reflects Iran’s policies in Iraq and the region.

Effect of the spat on the battle for Mosul

The escalating dispute between Baghdad and Ankara, which turned into a personal, diplomatic and political war in the media between Erdogan and Abadi, raised concerns that it would affect the battle for Mosul and the military operations that had been set out for liberating the city. Turkey’s military power cannot be ignored, nor can the fact that it has major interests in Iraq, especially in the north.

Turkey has excellent relations with the Kurdish regional government and its President, Masoud Barzani, as well as with the Popular Mobilization Forces, the Sunni tribes, and the Turkmen minority. There are reports that Turkey recently trained between eight and ten thousand of these forces in preparation for the battle for Mosul and enhancing their capabilities to rule the area of northern Iraq in the phase after liberation from ISIS. On the other hand, Ankara feels that the Iraqi government’s policies are laying the foundation for further sectarianism by relying on the Popular Mobilization Forces, which have been accused of sectarian violence in Anbar.

All the above confirms the fact that the battle for Mosul is crucial for Turkish foreign policy towards Iraq and Syria. For regional states, particularly Turkey and Iran, the battle is not merely about liberating a city from ISIS and fighting terrorism. It is more concerned with the stage following the city’s liberation, who will govern it, which stakeholders will benefit, and what are the roles of each regional player as an outcome of the battle.

These calculations by Turkey have not been accepted by Baghdad, which perceives Turkey’s insistence on taking part in the battle without its agreement as an unprecedented imposition of a private agenda on Iraq. That agenda, in the central government’s view, reflects Turkish historical greed on one level, as well as an attempt to impose forces that believe Iraq is implementing exclusionary policies against them in favor of Tehran.

Baghdad has a strong asset and a wide margin for political maneuvering, as Turkish interference without its permission is seen as interference in Iraqi internal affairs, and an occupation of its land. Al-Abadi has received support in a string of US statements calling on Ankara to reach an accord with the Iraqi government, especially relating to Turkish forces stationed at the Bashiqa base.

Limits to the escalation and open scenarios

The issue raises major questions: where is the escalation between Turkey and Iraq likely to lead? Can Turkey intervene militarily in Mosul without Baghdad’s consent?

Until now, Turkish forces are not directly involved in the battle for Mosul. Ankara’s participation ultimately depends on the US administration. Both Ankara and Baghdad believe that Washington will, in the end, actively intervene to end the escalating dispute and work on reaching an agreement that defines the forces taking part in the battle for Mosul according to clear guidelines.

It is in Washington’s interests to guarantee the largest possible force to participate in the battle to win a definitive victory, especially prior to the US elections on November 8. The Turkish-Iraqi dispute is, therefore, likely to follow one of the following two scenarios:

Firstly, the US government may launch an initiative to reach an agreement defining Turkish participation in the fight for Mosul, with Baghdad’s consent. This deal would set out the nature of Turkey’s involvement, its role in implementing battle plans and the resources it would use. It should be mentioned that the Iraqi government rejects any participation by Turkish ground forces, which opens the door to more effective fighting by Iraqi actors allied with Ankara - a scenario that is favored both by governments in the Arab world and internationally, as they seek to preserve Mosul’s demographic makeup in the post-liberation phase.

The second scenario assumes that Washington fails to negotiate a deal between Baghdad and Ankara. This would raise the question of what Turkey’s next course of action would be. One option for Ankara would be to suspend its operations against ISIS in Syria and Iraq. Turkey can even consider exploiting its leverage by closing the Incirlik airbase, currently used by international forces battling the group.

In conclusion, Turkey will continue using every means to ensure it takes part in the battle for Mosul, based on the fact that it is the neighboring foreign state to the city. The battle to liberate the city will not be decisive unless Turkey takes part, as the US forces need Turkish bases to beat ISIS. Meanwhile, Ankara remains a NATO member and a key strategic ally of Washington, which cannot be ignored despite their differences in opinion. 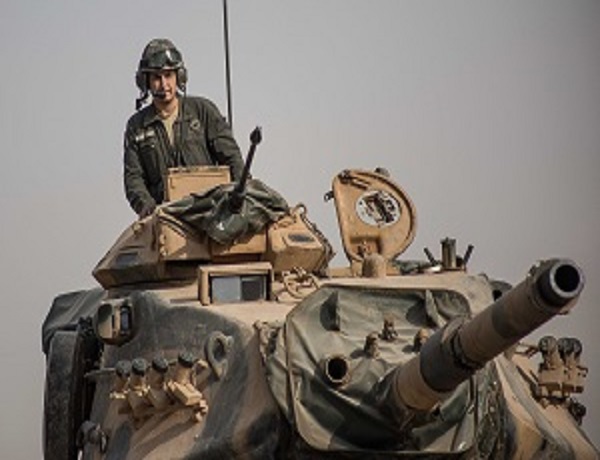 Implications of the battle for Jarablus

What are the implications behind the battle of Jarablus on Turkish affairs?