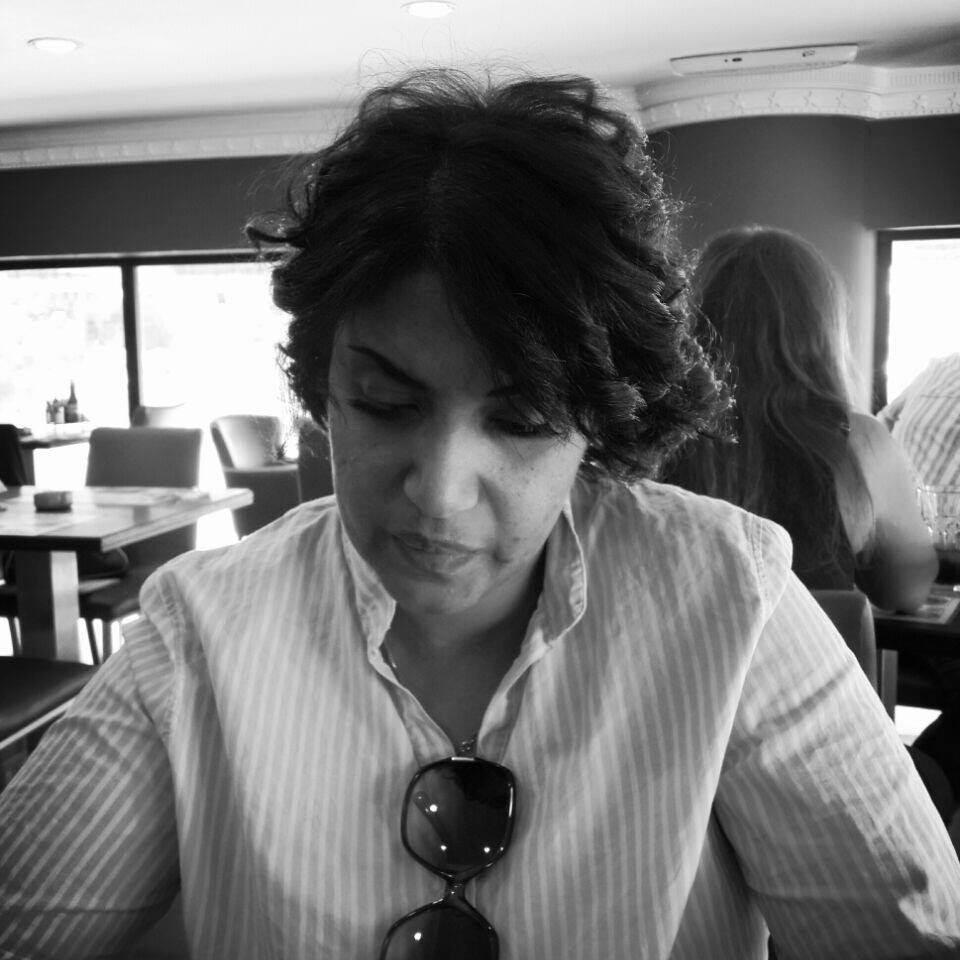 Many interpretations of the Yemeni conflict and why it is aggravating, especially after Houthi quick diffusion, highlight that this is significantly related to the international stances. The international stances against the Houthi rebels have receded, and they do not support Abd Rabou Mansour Hadi, the legitimate president of Yemen.

Reviewing how different party positions have developed, it is clear that the position of Gulf Countries, represented by the Gulf Cooperation Council (GCC), is the only stringent one. The GCC has called for supporting Hadi and resorting to negotiations. On the other hand, the cautious position of the Western countries is largely related to the current negotiations of the Iranian nuclear issue. Accordingly, most of the Western countries avoid direct confrontation with Iran, which clearly supports the Houthis, so as not to affect any improvement in the said issue. When the conflict aggravated and Houthis attacked Eden, Saudi Arabia adopted the “Decisive Storm” operation against the Houthi militias, as a quick response to Hadi’s regime call to the international community to save the legitimacy. The list of participating countries has extended to include ten countries besides Saudi Arabia.

The recent developments in the Yemeni conflicts mark a new era of Middle East interactions. The main feature of this era is that Super Powers will disregard Middle East interactions, providing an opportunity to major regional players to take the lead. The most significant indicator is what the diplomatic resources have announced recently: the Security Council is not planning to adopt any resolution concerning the military operation in Yemen.

Up till now, the new developments show that the Super Powers suffice by supporting the regional players of the Yemeni conflict. After the actual beginning of the Decisive Storm, the White House has welcomed the operation. It has announced that the American President Barack Obama accepts to provide logistic and intelligence support to the military operation led by Saudi Arabia  to defeat the Houthi fighters. It has also confirmed that the US forces will not participate in any direct military activity in Yemen. However, the USA will form a “joint coordination panning cell” with Saudi Arabia to coordinate the US military and intelligence support.

The British situation is also similar. The UK, represented by the Secretary of State for Foreign and Commonwealth Affairs Philip Hammond, has announced its support to the Decisive Storm. Hammond has said that his country “would provide technical support to Saudi Arabia’s intervention in Yemen under the allies’ existing close military relationship”. He has also confirmed that Britain “would provide all possible support to the Saudi operation and the GCC, but we will not be involved in any military action.”

France also supports the operation and its regional partners until Yemen regains its stability and unity, reiterating that the Decisive Storm responds to the demand of the legitimate Yemeni powers. The German stance is similar. The German Foreign Minister, Frank-Walter Steinmeier, has announced that Germany understands motives for the Saudi military operation in Yemen, assuring that it responds to the Yemeni president call for intervention.

Margins of Agreement between Super Powers and Regional Players

The Yemeni problem also carries many indicators of the margins of agreement/disagreement between super powers and regional players concerning the current and future Yemeni situation. On the one hand, many Western countries are keen on asserting their agreement with the regional players concerning Yemen. The Spokesperson of the German Foreign Minister confirms that, in terms of International Law, Berlin has no doubts about the legitimacy of the Saudi intervention after the Yemeni President call for military intervention. Hammond, the British Foreign Minister, values the agreement between Britain and Saudi Arabia on the military level. He points out to the strong ties between Britain and the Saudi Air Force. Moreover, Washington has asserted the strong relations between the USA and Saudi Arabia.

However, some areas have not been agreed upon by different stakeholders in Yemen. For example, Federica Mogherini, High Representative of the European Union for Foreign Affairs and Security Policy, has announced that military operations are not the solution for the Yemeni conflict. Mogherini has asserted the European support to resume negotiations. In addition, the British Prime Minister Spokesperson has asserted that Yemen needs a political operation to regain its stability. The most important component of this operation, says the spokesperson, is to prevent support to Houthi rebels and encourage different parties to resume negotiations.

Within the same context, Washington confirms that it does not want an open war lead by Saudi Arabia against Houthis in Yemen. However, the American officials avoid confirming whether Saudi Arabia agrees with the same view or not.

Although some non-Western international powers totally disagree with the regional player actions against Yemen, their opposition is still marked by caution and anticipation. The Chinese Foreign Ministry has expressed concern over Decisive storm, and said that China calls upon all parties to abide by the Security Council Resolutions on Yemen and solve this conflict through dialogue.

On the other hand, Russia adopts a clearer stance. It emphasizes the importance of suspending all military solutions and replacing them with the UN, political, and diplomatic ones to reach an agreement concerning the current conflict. Russia also stresses on ending all warfare operations by all conflict parties and their external allies, and giving up on all attempts to reach their goals by means of weapon. Moscow has repeatedly and clearly announced that it is negotiating with the regional powers opposing the Decisive Storm, namely Iran. A statement by the Kremlin says that the Russian President Vladimir Putin has discussed the deteriorating conditions and the Arab intervention in Yemen with his Iranian peer, Hassan Rouhani.

Moscow always asserts that the current Yemeni disagreements can only by settled through inclusive national dialogue. Seemingly, Russia is ready to make mediation efforts to settle the current conflict. Moscow has announced that it “communicates with all parties involved in the events in Yemen, and works on concerting international efforts, including the UN efforts, to come up with different options to peacefully settle the armed conflict soon.”

Would the conflict in Yemen wage a regional war?

The different uncalculated-consequence steps made by some parties in Yemen can become the spark of a regional war. This consequence is likely, taking the vital interests of the area into consideration, namely oil and the strategic Bab el-Mendab Strait. Super powers fear the Houthi domination of this strait, since the Houthis are related to Iran which, in turn, dominates another strategic strait which links the Gulf with the Arabian Sea, which is the Strait of Hormuz.

In this context, Iran has warned the Gulf countries that the military air strikes against Houthis will drag the whole area into a regional war. Iran is currently working on closing the marine route in Bab el-Mendab Strait. In addition, if the Iranian military vessels are bombed, Iran will directly go to war. Iran has announced also that its missile range reach KSA and other countries participating in this operation. On the other hand, USA is urged to warn Russia and Iran from interfering in Yemen, emphasizing that blocking Bab el-Mendab by the Iranian military is a declaration of war. Hence, the USA will not remain silent if the marine traffic routes and the international economy incur any damages.

Concerns also increase with the Syrian President hints to an anticipated intervention by the Russians in Syria. In an interview with the Russian channel, Izvestia, Bashar al-Asad stated that he is impatiently waiting for a Russian request to build a full-fledged military base in Syria. He added that he would agree to create a sort of balance which the area lost after the disintegration of the Soviet Union.

Nevertheless, the Iranian threats, supported for sure by Russia, are mere words and Iran lacks real potentials to apply these threats in reality. This is proven with the escalation of Decisive Storm. It is clear now that the Iranian retaliation will not be limited to the Yemeni territories. However, Iran will try to retaliate in other places, namely, Syria where both the Iranians and Russians totally agree.

Operation Decisive Storm clearly shows that the regional alliances map is becoming clearer, especially since the eruption of Arab revolutions. A sort of an Arab “alliance” sees that its national and regional interest is to move with international allies without, or with little, coordination. This indicates that the traditional view, which ruled for the last fifty years, of the main regional Middle Eastern powers which only imitate Super Powers is changing. This means that the Arab stability powers and the opposing camp's powers could move together to protect their interests without depending on great support from the main international super powers.