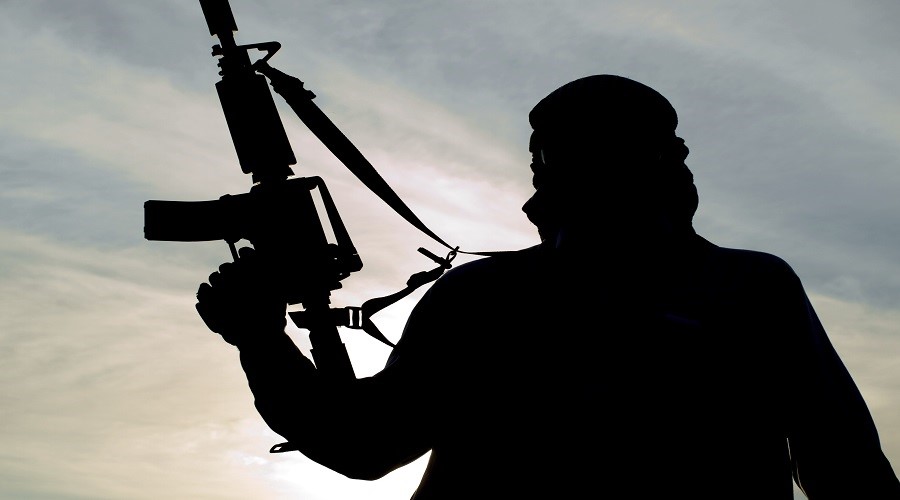 Despite the fact that there was delay in addressing terrorism as a global issue; that involves more than having to deal with individuals who are prone to embracing extremism, taking up armed action and perpetrating suicide operations to achieve bigger goals, the 9/11 attacks were a historical moment that made it imperative to re-consider many specifics about the dilemma of terrorism, in particular terrorism driven by hardline religious ideologies.

FIRST: Security Encounters Are Not Sufficient

Countering terrorism is the top priority for many countries; especially those damaged the most by terrorism, including the United States which has been using all its leverage in this region under the pretext of the war on terror undertaking a variety of operations including an attack to overthrow al-Qaeda in Afghanistan in 2001, and the war on Iraq in 2003. The security issue was the most essential yardstick of US relations with the rest of the world, and the gauge of its approach to combating terrorism. Operations carried out by the US, who continues to play the role of global policeman that wants to rid the world of terrorists, did cause deep cracks in the structure of al-Qaeda, but these operations, on the other hand, have contributed to helping the organization in recruiting more personnel and later globalizing terrorism. As a result, American decision makers and think tanks were posed with the question:  Can terrorism be contained?

In addition to continuing armed encounters with extremists, this situation led to the search for a parallel strategy based on preventing hotbeds of tension and extremism in the region from attracting more fighters and violent elements. However this strategy failed; due to the lack of willingness to rehabilitate individuals involved in terrorism, or even the scores of people who were indiscriminately detained in Iraq and Afghanistan without consideration of their various affiliations or motives. "Protection of national security" was the only mantra driving the anti-terrorism strategy, which seemed more like an American fast food recipe, as it disregarded potential impacts on global security and therefore led to the making of more terrorists adopting a spiteful attitude towards the US following their experience in Abu Ghraib and Guantanamo Bay.

Rehabilitation is as ancient as prisons and crimes, but in the modern day world, was proposed only timidly to address the issue of terrorism. Media hype went to extremes to portray terrorists and their danger as if they were aliens coming from another planet. This approach led to the loss of many opportunities for introducing moderate programs for re-integrating extremists and re-producing moderate religious counteractive rhetoric. Various research studies conducted by specialized terrorism experts suggest a proportional relationship between the Sharia education of extremists and their propensity to violence, as the majority of terrorist elements and leaders are not specialized in Sharia (the basic Islamic legal system derived from the religious precepts of Islam).

However, because terrorist rehab efforts, known in Saudi Arabia as Munasaha rehab program (derived from the word Nasiha, meaning advice), came very late.  New terrorist elements, some of which came from Europe and Muslim-minority countries, emerged and the "Blond European terrorist" was born to embody the failure of European policies for integrating Muslims into European societies. This fact is corroborated by reports from research centers and think tanks confirm this outcome. The European Monitoring Centre on Racism and Xenophobia (EUMC), for instance, stresses that popularity of extremist groups is related to high unemployment rates among Arab migrants.

One of the most successful experiences is the Saudi government-sponsored Munasaha rehab program which inspired several European states. The difference between the Saudi approaches was different from that of Egypt in the 1970's and Muammar Gaddafi's Libya, who both had to deal with militant Islamist groups, in that it isolates individuals involved in terrorist acts in special rehab detention centers running long-term programs based on three inseparable tracks:

The Saudi Interior Ministry published a number of surveys about the scheme, touted as the most successful experience despite reporting a relapse rate of 12-20%. These results are deemed in positive light when compared to relapse rates for drug addiction and recidivism rates for criminals (in other countries), as it is unlikely that any one system will be without flaws. However, when terrorist convicts who were involved in the rehabilitation programs relapse and return to activities related to armed violence, there is a risk of large-scale impact in the long run.

THIRD: Can Terrorists Be Re-integrated?

The question begs itself again: Is it possible to be rehabilitated and re-integrated into society when terrorism and armed violence have become a globalized phenomenon overwhelming society in the West as well as Arab and Islamic nations? The answer is: Absolutely yes. Like all compound convictions affecting human behavior, extremism rests on radical change in behavior or what is known as "human value scale". Therefore rhetoric has to be addressed so that a change of behavior can be brought about. In this regard, John Horgan, director of the International Center for the Study of Terrorism at Pennsylvania State University, concluded that individuals join extremist groups through group communications and achievement of a sense of belonging which is followed then by radicalization. That is why Horgan believes that pre-radicalization (i.e. before individuals join a group) is the most important phase to work on in combating the spread of extremism.

Saudi Arabia's terrorist rehab strategic scheme hinges on attempts to integrate the released convicts through putting hardliner leaders and websites, and all sources of radical ideology that the youth visit regularly, under tight surveillance. At the same time, multiple incentives are introduced for individuals involved in the Munasaha program when they show signs of integration and appear to be distancing themselves from radical ideology.

Following the Saudi rehab experience, the United Nations recently issued the "Rome Memorandum on Good Practices for Rehabilitation and Reintegration", the seminal best-practices compendium for rehabilitation and reintegration of violent extremist offenders. The memorandum is based on the fresh view that the phenomenon of foreign fighters is not new but has become more worrisome with the sheer scale it has taken on in Europe. More than 30 percent of foreign fighters who have traveled from Europe to Syria and Iraq, have already returned home after being radicalized with an ideology that would pose threats to security.

According to the Rome Memorandum, placing these returning fighters in prisons is no longer effective because prisons are major incubators of radicalization, and because these fighters are European citizens, in the first place, despite the fact that they come from Islamic or Arab countries.

That is why the only solution to the problem is to create rehab schemes or these individuals will take with them the hotbeds of tension to the heart of Europe. This is due to the fact that the success of re-integration with moderate Muslim communities varies from one country to another and that a large number of radical returnees have committed a crime. Moreover, a large number of radical returnees were recruited in prisons (incubators of radicalization) because of negligence and lack of rehab programs. In this regard, it is noteworthy that the majority of fighters are not known to be radicalized until they return home, which creates a state of urgency to share data and create an international database.

To conclude, it is very important that the burden of rehabilitation and re-integration of terrorist convicts should not be solely thrown on the security and intelligence community. Rather, there should be cooperation with civil society organizations and even relevant government institutions like ministries of social affairs, youth and religious endowments, to cover non-security aspects that play a crucial role of curtailing extremism sweeping this region.