A Study of the Connection between Violent Extremism and Education 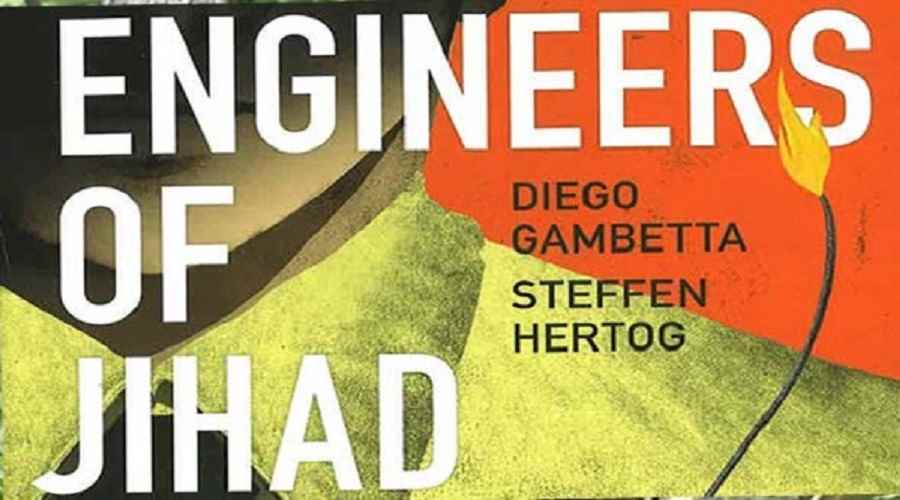 Listen
Review by: Ahmed Abdul Aleem
Studying extremism and researching its root causes and associated phenomena has recently become a prominent topic of discussion. A piece of work that stands out is Engineers of Jihad: The Curious Connection between Violent Extremism and Education co-authored by Diego Gambetta and Steffen Hertog. Gambetta is a professor of social theory at the European University Institute, Florence, Italy. He obtained his PhD in Social and Political Sciences from the University of Cambridge, UK, and has held the position of visiting professor at the University of Chicago. Steffen Hertog is an associate professor of comparative politics at the London School of Economics.
The book attempts to explore the reason why individuals with an engineering background, in both Western and Muslim countries, join extremist groups. It further+ explains what can be called the phenomenon of extremist engineers and the over-representation of engineers in violent extremist groups while shedding light on the ideologically motivated extremism.
Among the major findings of their work is that a large percentage of Islamist extremists are engineering graduates and that the prominence of extremist engineers in some Muslim-majority countries results from frustration due to rising expectations and relative deprivation. Accordingly, development and job opportunities can help strengthen immunization against extremism. The authors also conclude that engineers are more prominent among the right-wing movements than among the left-wing movements.
Extremism and Engineering in the Muslim World
To explore the correlation between extremism and education in some Muslim countries, the authors relied mainly on studying a sample of 497 members of extremist groups based on diverse sources including academic works, government documents in addition to a daily comprehensive review of international and Middle Eastern newspapers issued between 2004 and 2009.
From their studies, they found that out of the 497 individuals in the sample, the authors found some educational information for 335. Of these, 231 (or 69 per cent) had undertaken higher education, whether finished or unfinished.
In the sample, the authors were able to find the discipline of study for 207 of the 231 individuals, who are at some point had full or partial exposure to higher education. The largest group of the Islamist extremists is that of engineers where 93 of the 207 individuals studied the subject. The second most numerous group comprises 38 individuals who pursued Islamic studies. The following educational disciplines entail medicine (21 individuals), economics and business studies (12), math and science (8) and law (5) with the rest coming from diverse academic backgrounds. The findings reveal that of 93 extremist engineering graduates, 41 per cent held leadership positions in extremist groups.
The book shows a strong connection between extremism and the study of engineering and notes that it is not a new, but a decades-long phenomenon. For instance, eight of the perpetrators of the 9/11 attacks in 2001 in the United States were engineers. In addition, during the 1970s in Egypt, the Takfir Wal-Hijra radical group was founded and led by Shukri Mustafa who was an agricultural engineer.
Regarding the nationalities of extremist engineers in some Arab countries, out of the 497 individuals in the sample, Palestine tops the list with 128 individuals followed by Egypt with 88. The book further highlights that in Saudi Arabia, only a small number of engineers were found in extremist groups, because the oil and gas sector and heavy industries offered a wealth of engineering opportunities to Saudis.
Extremism and Studying Engineering in the West
The book takes a sample of 344 Islamist radicals born or raised in Western countries of which 338 were males, to verify the relationship between extremism and pursuing engineering studies in the West. The sample includes individuals who were already involved in extremist acts and taken to court, or killed while carrying out terrorist attacks, whether successful or failed, or while they were plotting attacks. In the sample, the United States, followed by the United Kingdom, Spain, and France top the list of the Western-based cases.
Educational information about 122 individuals in the sample show that nine had less than secondary level education, 30 completed a secondary education, while 83 attended university or had a college degree. The findings show that about 79 per cent of extremist graduates in the West came from prestigious universities and the majority of them pursued engineering degrees.
Explaining the Phenomenon of Extremist Engineers
The book attempts to explain why engineers are more prone to become extremists than those in other disciplines. The authors cite the individual or collective frustration and rising ambitions of engineering graduates in a significant number of Muslim countries where they do not have the chance to achieve their dreams through decent job opportunities. That is, two factors, “ambition and shock,” converge to contribute to the spread of extremism.
The book stressed that societal circumstances do not, however, provide sufficient explanation for the link between extremism and this scholarly discipline. That is to say; there are extremists even in the West where the economic conditions are better and more opportunities are available than in some Muslim countries. Therefore, the individual traits, motives, and psychological dispositions can also be cited as causes of or proneness to extremism.
Engineering and the Right Wing
The book notes that extremism is not only associated with religion but also with ideology. Relying on the data and information they gathered, the authors propose that extremist engineers have many more similarities with right-wing extremist movements than with radical left-wing movements. Furthermore, the book cites examples from the Unites States, Russia, Germany and Austria where the correlation between engineering degrees and right-wing extremists is much more evident.
Diego Gambetta and Steffen Hertog, Engineers of Jihad: The Curious Connection between Violent Extremism and Education, (USA: Princeton University Press, March 2016)