What to expect in the Middle East after Trump’s visit to Riyadh? 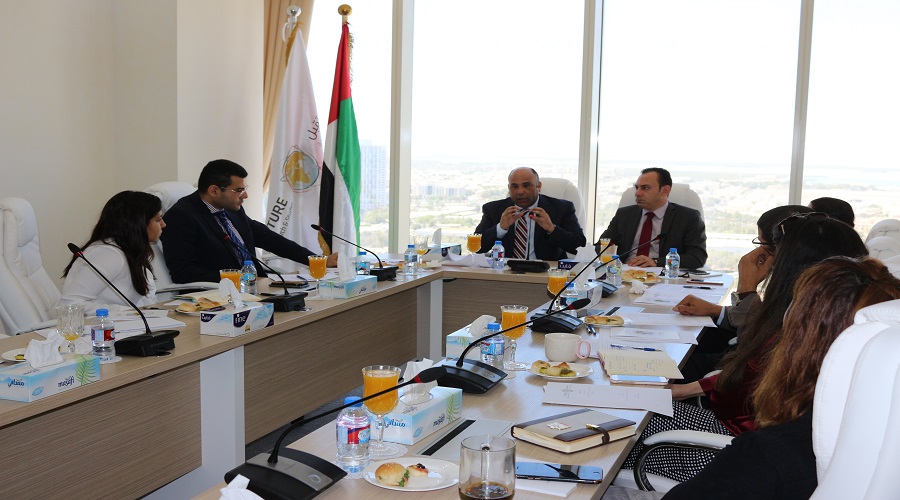 Future for Advanced Research and Studies (FARAS) held a workshop on May 24, 2017, titled "What will happen in the Middle East after Trump’s visit to Saudi Arabia?" The workshop featured the participation of the heads of units and researchers at the Center, as they sought to answer several questions related to the future of the Middle East region after the visit of President Donald Trump to Riyadh on 20 and 21 March 2017. The workshop aimed to analyze the visit’s implications on the balance of power in the region, and the Saudi-American relations.  It further addressed the economic dimensions of this visit in the light of the agreements signed between Saudi and American governments.

The US-Gulf relations witnessed escalating tensions during the administration of former US President Barack Obama. These tensions were attributed to Washington’s nuclear deal with Iran, which entailed a gradual lifting of international sanctions on Iran. In addition, Obama’s administration was determined to improve relations with Tehran, despite its provocative behavior and involvement in its neighboring countries’ affairs.

As Donald Trump assumed office, the US foreign policy towards the region transformed. Iran was reclassified as an eminent threat in the region, because of sustaining its missile program, meddling in the affairs of other countries, and financing proxy militias and terrorist organizations.

In this vein, the attendees at the workshop pointed out that the Arab Islamic American Summit in Riyadh represented a historical turning point in the direction of redrawing regional alliances. In the summit, President Trump asserted the need to confront the Iranian threat, combat terrorism and extremism, which was welcomed and supported by the GCC and participating countries in the summit.

The workshop touched upon the relations between Washington and Riyadh in Obama's term,  where relations between both countries witnessed what might be called "muted tension." Such contentious relation was caused by Obama’s inclinations towards rapprochement with Iran, its indecisive stand on Houthi militia in Yemen, as well as the hostile attitudes of the US Congress against Saudi Arabia, highlighted by passing the Justice against Sponsors of Terrorism Act (JASTA) last year.

In the same context, the participants in the workshop underlined that President Trump’s choice of Saudi Arabia, as his first leg in his foreign tour is significant. Former US presidents used to reserve their first visits to neighboring countries or European allies. Thus, Trump's visit to Saudi Arabia highlights the Kingdom’s status as an influential power in the region. Its influence was evident in the ability of Saudi Arabia to assemble a large number of Arab and Muslim leaders from nearly 50 countries to participate in the Arab Islamic American Summit.

Another aspect of the Saudi-American rapprochement was represented in the signing of several bilateral military agreements worth an average of USD 110 billion. The agreements will provide the Kingdom with modern weapons that buttress its capabilities maritime, cyberspace and border security, as well as bolstering its ability to combat terrorism.

The workshop addressed the economic aspects of Trump's visit to Riyadh, highlighting the economic relations between the United States and Saudi Arabia, as bilateral trade volume reached nearly USD 38 billion in 2016. The US came in the first place among exporting countries to Saudi Arabia and the second largest importer.

With regards to bilateral investments, Saudi investments in the US amounts an average rate of USD 750 billion, compared to American investments in the Kingdom, ranging from USD 100 to USD 380 billion. Moreover, Saudi Arabia owns about USD 116 billion of US Treasury bonds, making it the biggest Arab creditor of the United States.

The participants argued that economic deals concluded between both countries during Trump’s visit, estimated at nearly USD 350 billion that would yield gains to the two states. The deals will further contribute to accomplishing the strategic objectives of Saudi Arabia 2030 Vision that aimed at drawing the world's leading companies to invest in Saudi Arabia, which would help diversify the Kingdom’s revenues.

The Future of the Region

After the follow-up and analysis of the outcome of Trump’s visit and the three summits held during it, the participants in the workshop concluded that the visit would have significant implications on the future of the Middle East on several issues, including the following:

1- Iran will adopt a more aggressive approach towards the region. Trump’s visit resulted in the reemergence of the United States’ influential role in the region, the US President’s commitment to stand up against the Iranian threats, and accusing Tehran of financing and arming terrorists to ignite sectarian conflicts. These outcomes will provoke Iran to take further hostile steps to bolster its influence. It is likely that Tehran will seek to step up its illegal activities in Syria, Iraq and Yemen, and increase support for its militias in those countries. It will further attempt to take further actions to destabilize the region, as well as accelerate its ballistic missile program.

2- Further collaboration to counter terrorism and extremism. The visit witnessed the inauguration of the Global Center for Combating Extremist Ideology, known as “Etidal” or “moderation” headquartered in Riyadh, exchanging a memorandum of understanding between the GCC and the United States to combat the financing of terrorism. Accordingly, the coming period will likely see a greater engagement of the countries in the region in the US strategy to combat terrorism.

3-Limited breakthrough in the peace process. After his visit to Saudi Arabia, President Trump visited Israel and the Palestinian occupied territories to advance the peace process between Israelis and Palestinians and rally regional support for peace. Trump may succeed in resuming the negotiations between the two parties and call for a regional peace conference at a subsequent stage. However, to make a real breakthrough in this issue, Trump needs to exert pressure on Israel, which is unlikely.

At the conclusion of the workshop, the participants emphasized that the coming period would witness the completion of implementation procedures for bilateral agreements between Saudi Arabia and the US, to be ratified by the US Congress. Though the agreements may face some objections in the Congress, especially from the Democrats, yet such objections will not hinder the approval of the deals, given their perceived economic returns.