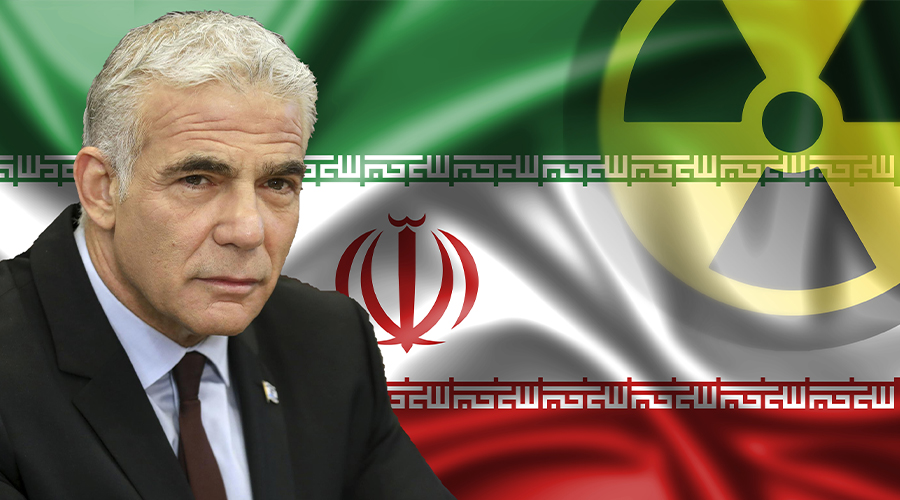 Israeli newspaper Haaretz, on August 28, published what it claimed to be the draft agreement for the revived nuclear deal with Iran, which was submitted by the European Union to the Iranians and the Americans back in July.

This key development occurred at a time when the Iranian nuclear deal became a priority in Israel for both the public and the government. The talk is mainly centered on Tel Aviv’s options for dealing with the status quo i.e. the approaching revival of the nuclear deal with Iran, especially as the situation is becoming more complicated at this time because of considerations for the upcoming elections in both Israel and the United States.

In Israel, Prime Minister Yair Lapid is concerned that a revival of the nuclear deal in the coming days would undermine his chances for the Knesset elections, scheduled for November. This is what his rival, former prime minister Benjamin Netanyahu is trying to take advantage of as part of his bid to make a comeback to the helm of the cabinet. In the United States, President Joe Biden’s fear is that his party would lose its Congress majority in the midterm elections in November, which would make his attempt to secure the Congress’ approval for a return of the nuclear deal a much harder task.

Phases of the Draft Deal

According to Haaretz, the European Union’s proposed draft deal outlines a timeframe of 165 days from the date of signing before the treaty goes into full effect. During this time, the sides to the agreement will have to go through four rounds designed to build confidence. The four incremental steps can be outlined as follows:

Dubbed “day zero”, the first phase starts the day the agreement is signed. Before the day of signing the sides are supposed to finalize a deal to release prisoners from Iran in exchange for money trapped in various international bank accounts, and an initial easing of the sanctions, according to the report. At the same time, Iran will be required to freeze all its violations of the agreement until now, but will be able to retain the inventory of uranium it has accumulated thus far.

In this stage, Biden has to bring the proposed agreement for congressional approval, i.e. both from the Senate and the House of Representatives, where it will be placed for a maximum of five days from the date of signing. For 30 days from that moment, members of Congress will be able to peruse and study the treaty, and throughout this period there will be no possibility of easing the sanctions that involve legislation.

Although the Iran Nuclear Agreement Review Act of 2015 (INARA), which specifies that any agreement with Iran relating to its nuclear program must be transmitted in full to Congress for voting, some reports expect that Biden will circumvent this step and avoid presenting the deal to Congress on the basis that it is not a new agreement but rather a revival of a former deal. But this means that withdrawal from the agreement, if passed without congressional approval, is possible in the future, when a Republican president makes it to the White House in 2024 and follows in the steps of former president Donald Trump.

In this stage, 60 days after the agreement is approved by Congress, a representative of the US Department of State will inform the United Nations Security Council and the International Atomic Energy Agency about the decision to return to the nuclear deal.

After another 60 days, the full implementation of the treaty must be achieved. That is, the United States and Iran will issue a joint declaration of their commitment to the process and Washington will lift the remaining sanctions and remove a blockade on trade with Iran. On the same occasion, Iran will remove surplus enrichment infrastructure as agreed.

The current Israeli government is fighting a double political war. On the one hand, it is trying to undermine any chances for reviving the nuclear deal or render it meaningless by imposing its own conditions through Washington. On the other hand, the government is handcuffed by electoral considerations forcing it to consider the Israeli public opinion whenever it weighs any of its options towards the nuclear deal. That is why, the Israeli government might well have the following three options for dealing with a nuclear deal with Iran.

1.   Diplomatic pressure through an approach different from Netanyahu’s:

Israel is making intensified diplomatic endeavors to prevent the United States from reviving the nuclear deal with Iran or impose its own conditions on its biggest ally. This was evidenced by statements made by Lapid when he commented on the EU’s draft proposal. In a warning to Iran, Lapid said that Israel has been fighting on several diplomatic fronts over the past year, with the goal of stopping the signing of a new nuclear deal.

This coincided with a visit to Washington by Defense Minister Benny Gantz and National Security Adviser Eyal Holata in the last week of August. While there, the Israeli officials held talks about a possible nuclear deal, and the United States’ commitment to preventing Iran from acquiring nuclear weapons. Moreover, Mossad Chief David Barnea too left for Washington in the first week of September to discuss the same concerns.

The strategy embraced by the Israeli government to pile pressure on Washington appears to be different from Netanyahu’s strategy in that Israel now focusing not on projecting the risks of an Iranian nuclear bomb but on the potentially catastrophic consequences of a nuclear deal with Iran.

Israeli propaganda is centered around assessments from the Foundation for Defense of Democracies, or FDD, which warn that if a nuclear deal is signed, Iran would open up to the global economy and allow it to receive approximately $1 trillion by 2030, i.e. it will get access to $100 billion a year to spend on destabilizing the Middle East by funding the operations of the Iranian Revolutionary Guard Corps or IRGC, the Basij, Lebanon’s Hezbollah, the Houthis and other allied militia operating in the region. Moreover, Israel warns that Iran can save Russia from the western sanctions by setting up front companies in Tehran to accommodate Moscow’s economic activities around the world.

Lapid is trying to promote this strategy by comparing it to Netanyahu’s behavior back in 2015, where the former prime minister was bent on colluding with the Barack Obama Administration, a behavior that prevented Israel at that time from imposing its own conditions on the nuclear deal. When Netanyahu dissuaded former president Trump out of the nuclear deal, he did not present an alternative. Consequently, Lapid believes that the current crisis is but a legacy of Netanyahu’s wrongful policies.

Additionally, Lapid indicates that his government’s strategy of reinvigorating dialogue with the Biden Administration has enabled a series of achievements such as keeping Iran’s IRGC on the list of designated terror organizations without tying it to the new deal, as well as delaying the postponing the lifting of major sanctions against Iran to the last stage of implementing the deal.

2.   Holding onto the military option:

In June this year, leaks came out about the so-called “the Octopus Doctrine”, a military strategy developed by the government of former prime minister Naftali Bennett in 2021, to go for the head of the octopus i.e. Iran and not only its tentacles i.e. Iran’s proxies in the region, while also attacking Iran’s military programs to pave the way for undermining the Iranian regime as a whole.

Since early 2022, several military attacks against Iran have been attributed to Israel. In February, hundreds of Iranian drones were reportedly destroyed in an attack carried out by Israeli drones launched from Iraq’s Kurdistan Region on an air base near Kermanshah in Western Iran. Moreover, spies working for Israel were arrested inside Iran in several operations, the latest of which was carried out in July.

Additionally, and despite their divergent views, all Israelis insist on embracing the military option against a possible nuclear deal. On July 17, Israeli Chief of Staff Aviv Kochavi said that the Israeli military is making preparations against Iran's nuclear program, in case of failure to reach a deal and if Iran continues to expand its nuclear program, and even if a “bad deal” is signed.  Even Lapid, who reiterates the importance of diplomacy, told the Israeli cabinet that negotiating with Iran should be founded on a credible Israeli military threat against the Iranians.

The assumption that Lapid’s government is not willing to give up the military option, despite its talks with Washington, was further reinforced by leaks that came out in August about Israeli Air Force F-35 advanced fifth-generation fighter jets penetrating Iranian airspace multiple times over July and August. The development was viewed as an Israeli warning and a simulation of attacks to destroy Iran’s nuclear plants by F-35 fighter jets. Recently, Israel conducted massive air drills over the Mediterranean involving mid-air refueling operations with an F-35 dropping a new one-ton bomb.

Of note, in May this year, Israel's Air Force carried out large-scale drills over the Mediterranean as part of its "Chariots of Fire" exercise to simulate attacks on Iran’s nuclear facilities.

3.   Attempting to postpone the agreement until after the US midterms:

Alongside the aforementioned options, it might be in Israel’s interest to put pressure on the United States to postpone the signing of a new deal with Iran and the 165-day framework until after the midterm elections are held. That is, if the signing takes place during that period, Congress will be unable to block it. According to the INARA act, blocking the deal at the two houses of Congress will require endorsement by a minimum of two thirds of the votes, a percentage that the opponents of the deal, a majority of whom are Republicans, are unable to secure.

Consequently, Israel might push for postponing the signing of the deal on the hope that the results of the midterm elections would be in favor of the Republican Party and the opponents of the deal and that the two congressional houses may be able to garner two thirds of the votes to undermine the nuclear deal.

Overall, and regardless of the Israeli right wing’s efforts led by Netanyahu to undermine the possible deal with Iran and hold onto the military option, academics and think tanks in Israel believe that the military option alone cannot eliminate Iran’s nuclear danger, and that raising the level of alert and preparedness will be a burden on the Israeli economy which is already reeling under the aftermath of the Covid-19 pandemic and the consequences of the Russia-Ukraine war. According to their view, reaching a deal, that is good from an Israeli perspective, is the best option available, especially because Iran’s nuclear activities were significantly increased over the past years it spent outside the deal. The budget of the IRGC was increased and Tehran increased the rate of producing centrifuges to an average of 500 units a year, up from a maximum of 200 imposed on it under the old deal. 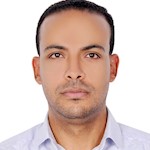