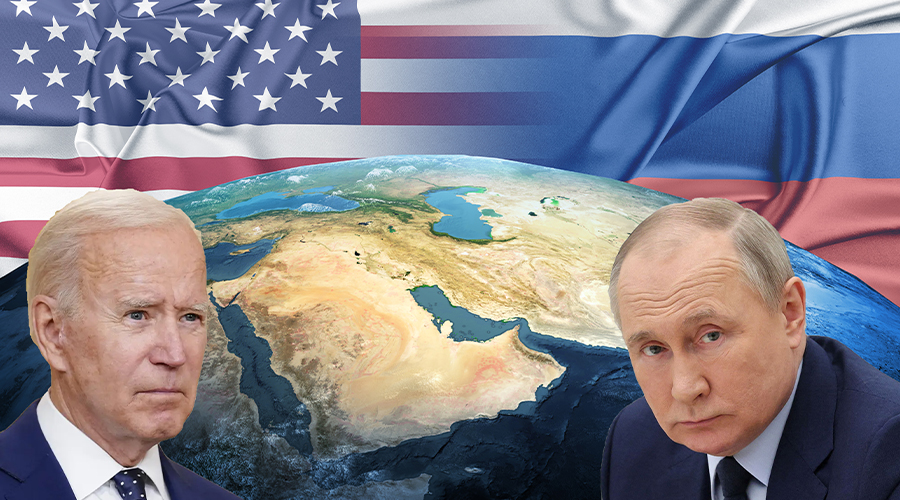 US President Joe Biden’s trip to the Middle East represented a significant shift in the US Administration approach to the region and a review of its positions on the Middle East in general and the Gulf region in particular.

Biden’s tour of the Middle East was driven by pressures at home and failures abroad. He believed he would be able to use US influence in the region to make an achievement that would improve his image and falling approval rating. His goals revolved around keeping regional states away from Russia after they showed “independence” taking a neutral position on the war in Ukraine to advance their own interests while coming under pressure from Washington to vocally condemn the Russian invasion and comply with Western sanctions against Russia. Biden made it very clear in his speech at the Jeddah Security and Development Summit on July 16 saying that the United States “will not walk away and leave a vacuum to be filled by China, Russia or Iran.”

On its side, Russia recognizes the importance of the Middle East and shows increasing interest in the region, especially after it considered positions taken by friendly and other states on the crisis in Ukraine, and started to move southwards to wider spaces in Asia, the Middle East, African and South America, after it the North failed Moscow and took a hostile position against it.

Within this general context, the Middle East evidently represents a high priority due to economic, strategic and security considerations. That is, this region represents an important economic space for Russia, controls global energy security as well as possess seaports that are of vital importance for Russia and its neighbors. That is why Russia is not willing to enter into futile political confrontations with Washington, but is seeking to maintain its partnerships with regional states in a way as to preserve its interests and comprehensive national security. To achieve this goal, Russia is moving on several levels. These are as follows:

Biden asked the Gulf Arab states, namely Saudi Arabia and the UAE, to increase oil production to counter the energy crisis which hit the US because of unprecedented gasoline prices. This follows the White House’s failure to convince American oil companies to decrease prices for US consumers and to help its European allies to overcome the most severe energy crisis in Europe’s history. In the meantime, Russian President Vladimir Putin spoke by phone with Saudi Crown Prince Mohammed bin Salam, on July 21, to discuss the situation in the global oil market and reiterate the need for upholding understandings and agreements reached by the “OPEC Plus” group of oil producers led by Riyadh and Moscow.

In the phone call, Poutin hailed the positions taken by Saudi Arabia and the UAE on the crisis in Ukraine. Poutin’s statements sent across the significant message that Russia’s partnership with Iran was not and will not be at the expense of Russia’s partners in the Gulf region, and that Russia highly values their positions and is keen on maintaining strategic coordination and cooperation with these states in a way that serves the interests of all involved parties.

Russian Foreign Minister Sergey Lavrov made significant diplomatic endeavors to counter attempts to isolate Russia and ensure continuous support for efforts by regional states to open up to Russia. As part of the endeavors, Lavrov visited Egypt and made a speech at the League of Arab States in which he hailed Arab states for taking a moderate stand on the Ukrainian crisis.

He explained threats that prompted Russia to carry out its military operation in Ukraine, and how Russia exhausted all diplomatic avenues before it resorted to military force. Lavrov further reiterated Russia’s willingness to continue to promote cooperation with Arab states which he reassured that Russia is keen on preserving food security and that it is committed to continue grain exports to the region and the world. Before that, Lavrov visited Saudi Arabia to participate in a meeting of foreign ministers of members of the Gulf Cooperation Council held on June 1. Earlier in May, he visited Algeria and Oman.

Russia is attempting to emphasize that the Brics group, the Eurasian Economic Union and the Shanghai Cooperation Organization are open to effective participation by regional states. During his visit to Egypt, Lavrov stressed that Russia welcomed Egypt’s interest in becoming a “dialogue partner” in the Shanghai Cooperation Organization, as well as its participation in the “Brics Plus” group. Egypt has been taking part in the Brics Plus framework since it was launched at the 2017 summit. Egypt and the UAE both became members of the New Development Bank, formerly referred to as the BRICS Development Bank, and will eventually become full members of the Brics group which includes Russia, China, India, Brazil and South Africa. Moreover, in addition to Egypt, Saudi Arabia and Qatar became dialogue partners in the Shanghai Cooperation Organization joining Russia, China, India, Pakistan and four Central Asia states at a summit held in September last year.

Additionally, Moscow launched serious negotiations with regional states such as Egypt, Russia’s largest trading partner in the Middle East, to deal in national currencies and use the Russian Mir payment system and cards after Mastercard suspended operations in Russia. Moscow hails Turkey’s use of the card which is poised to encourage the flow of Russian tourists into Turkey.

Russia keeps emphasizing that it is committed towards regional states in various spheres because it is well aware that withdrawal from any project will give an opportunity to American and western companies to step in as alternative partners. Russia does not want to leave a vacuum that other powers are willing to fill following the American logic. It is also keen on protecting its credibility as a reliable and trustworthy strategic, economic and technological partner. Within this context, and despite hardships hitting the Russian economy as a result of sanctions imposed by the United States  and its European and Asian partners, Russia keeps working on executing agreements and honoring its commitments as scheduled and especially regarding development projects.

These include the el-Dabaa nuclear power plant where the first safety-related concrete was poured for the nuclear island of unit 1 in a July 20 ceremony attended by Rosatom Director General Alexey Likhachov. The plant consists of four Generation III+ VVER-1200 reactors with a capacity of 1200 MW for each. The ambitious mega-project, which is as important as the giant High Dam, will help meet increasing demand for power and help launch large industrial and agricultural projects and make Egypt a significant source of electricity in the Middle East and Africa.

Ankara and Tehran play a vital role in regional and international interactions. Although Russia’s relations with each of the two countries are different by nature, Moscow has vital interests with both countries that necessitate coordination and cooperation with them. Within this context, Putin visited Tehran to participate in the trilateral summit of Russia, Turkey and Iran, held to institutionalize and establish this framework, as well as expand its scope beyond the crisis in Syria to provide for wider cooperation and partnership.  The summit achieved significant strategic success for all three countries, and Russia in particular. At the summit, the International North–South Transport Corridor which links the Indian Ocean to the Caspian Sea via Iran. Tehran has been pressing for the launch of this project since Ahmadinejad was president. After plans for the project were suspended for a long time, trade between Russia and India is significantly increasing, with Russian energy supplies to India being a main driver, the corridor became a much-needed artery for all three countries. Moreover, a free-trade agreement was signed between Iran and the Eurasian Economic Union.

Additionally, the National Iranian Oil Company (NIOC) and Russian state-controlled energy company Gazprom have signed an agreement worth USD 40 billion for the development of seven oil fields with Russian funds despite western sanctions imposed on Iran. These include the Azadegan field, on the border between Iran and Iraq, which allows both Russia and Iran to sell its production as Iraqi oil, the Kish, North Pars and South Pars field. French oil giant Total and Italy’s Eni as well as Chinese companies tried hard to get a deal on Pars South. Although the Chinese even offered USD 250 billion dollars for the South Pars, billed as the “deal of the century” but failed to tempt the Iranians to agree to sign a deal. The agreement gives Russia significant strategic gains. On the one hand, Russia will be able to create the largest and strongest natural gas consortium in the world under its umbrella. On the other, it allows Russian presence on Kish Island in the middle of the Gulf to run exploration and production of Iranian gas, as well as at South Pars field. The two sites will enable Moscow to keep track of all naval units moving in the Gulf, including those of the US 5th Fleet, all under the umbrella of economic and technological cooperation with Iran.

On the other side, President Putin managed to convince President Erdogan to approve Russia’s position and understand its demands regarding Ukrainian grain exports. Russia wanted to take part in searching ships inbound to Ukrainian seaports to ensure they do not carry arms. Russian demands also included Ukraine's removal of seamines from the Black Sea, and the easing of sanctions to allow Russian grain exports from Russian seaports.

These understandings were provided for in the Istanbul Agreement signed on July 22, between Russia, Turkey, Ukraine and the United Nations, which led to the lifting of the blockade on Ukrainian grain and fertilizers exports via the Black Sea ports and allowing safe passage also for Russian grain exports.

Moscow is exercising a kind of controlled pressure on regional powers which, because of pressures from the United States, follow unfriendly policies towards Russia. To respond to what it views as non-constructive positions taken by Israel, including on the crisis in Ukraine as well as Tel Aviv’s support to Kyiv, Russian authorities took legal measures to liquidate the Russian branch of the Jewish Agency, known as Sochnut, and remove its status as a non-profit organization. Established in 1929,  Sochnut, whose  representative offices have been operating in Russia since 1989, promotes immigration of jews to Israel and foster relations between each other.

On the other hand, a Russian S-300 surface-to-air missile battery fired at Israeli Air Force jets for the first time during an Israeli airstrike.  The activation of the missiles supplied to Syria is of great concern for Tel Aviv and has been at the center of talks between Russians and Israelis since 2018. Another issue is Russia’s continuous support to the Palestinain cause, call for the establishment of a Palestinian state as well as its condemnation of Israeli violations against the Palestinian people. But all these remain mere pressure cards that Moscow would only brandish to keep pressures under control without spreading escalation across Russia’s relations with Israel.

Russia is well aware of the vital importance of the Middle East for the new world order, and is working on promoting its partnership with all regional states in various spheres based on mutual interests, mutual respect and ensuring peace and security for all. 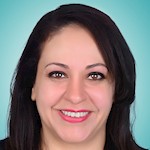