How Biden’s Middle East trip reflected US confrontation with China? 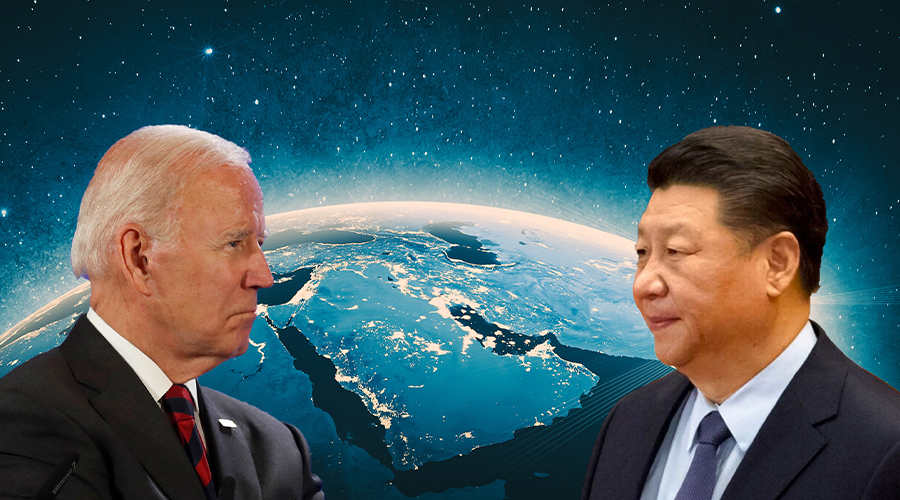 US President Joe Biden has made a four-day trip to the Middle East from 13-16 July during which he visited Israel, Saudi Arabia and the West Bank. Although there was no mention of discussing China in any official statements of the trip, especially the communiques of the US-Saudi Summit and the Jeddah Security and Development Summit, China’s expanding role in the Middle East was a major part of the US Administration’s talk about the trip.

This raises questions about Beijing’s position in Biden’s Middle East trip, including whether China is a determinant of any changes to the US policy on the region in the future, especially after Washington previously headed to Asia to counter Chinese threats and gradually pulled out of the Middle East? Is Washington bracing for involvement in this region using new frameworks as part of a new containment policy targeting China?

To better understand where China fits in Biden’s trip to the Middle East, it is important to carefully understand the context of the period preceding the visit, to analyze relations between the three sides i.e. the region, Washington and Beijing, as well as their policies within this tripartite framework.

1- The US strategy for heading east to Asia:

China has become a threat to US influence, and has grown into a rising rival power to the US. This has been significantly highlighted in the US strategic assessment of threats to national security, from the first and second administration of former president Barack Obama, to the administration of former president Donald Trump, and more intensely during the current Biden administration. Thus, all the administrations have been following a foreign policy mandating going east to Asia to address threats posed by the rise of China. According to this policy, the US strategy was to reduce its involvement in the Middle East, and in particular to wind down military intervention after it drained a great deal of US resources and capabilities that would have to be aimed at Asia in the coming period.

While the US was focused on going east to counter threats from China, Beijing was moving to further get involved in Washington’s traditional spheres of influence, mainly the Middle East which, for decades, remained at the center of American dominance.

3- Shifting relations between regional states with Washington and Beijing:

Washington’s withdrawal from the Middle East between 2008 and 2022, as well as its policies on the region since Biden assumed presidency in January 2021, led to a change to relations between the US and major regional powers. The change was reflected by Washington’s focusing, first and foremost, on its own interests without taking into account the balance of power with these states. A good example is the signing of the nuclear deal with Iran in 2015 and the ongoing talks launched in 2021 to revive this deal. Eventually, because of its volatile policies, Washington lost the trust of regional states, which were driven to diversify their political relations and alliances away from Washington. Moreover, the new approach followed by regional states involved Beijing. In recent years, China’s relations with major regional powers became stronger, making Beijing a main rival of Washington in this region.

The outcome of President Biden’s trip to the Middle East can be outlined at three levels, as per the following:

1- Reinforcing US relations with regional states:

Biden’s trip resulted in evident emphasis by the United States on its interest in cementing bilateral relations with regional states, especially Saudi Arabia, Israel, the UAE, Kuwait, Bahrain, Oman and Qatar, as well as Egypt, Iraq and Jordan which took part in the Jeddah Security and Development Summit, and also cementing ties between the US and the Gulf Cooperation Council, as a regional bloc.

Most importantly, there was reiteration of the importance of the US-Saudi partnership and the US-Gulf partnership. As part of efforts to reinforce the US partnership with regional states, both at the bilateral and the multilateral levels, the Biden Administration stressed that the United States “will not walk away and leave a vacuum to be filled by China, Russia or Iran.” Biden elaborated on this point in an article published in the Washington Post ahead of his Middle East trip, in his statements during the trip, as well as in statements made by his national security advisor, the White House spokeswoman and the national security council coordinator for strategic communications.

The White House issued various statements regarding Biden’s trip, including his talks with Israeli prime minister Yair Lapid, the Jeddah Communique following talks between Biden and Saudi Crown Prince Mohammed bin Salman, the final communique of Jeddah Security and Development Summit, as well as statements issued following Biden’s meetings with regional leaders. In these statements, the White House reiterated the importance of strategic cooperation and coordination between the US and regional states on major regional issues, and most importantly Iran.

During his trip, Biden explained to regional leaders the US position on renewing the nuclear deal with Iran. Moreover, a collective message was issued by the US and regional states stressed that Tehran will not be allowed to acquire a nuclear weapon. On the other hand, Biden’s visit focused on coordinating arrangements for collective security, and maritime security in particular, to counter threats posed by Iran, as well as regional issues including the crisis in Yemen, the situation in Syria and Lebanon and Iraq, in addition to discussing other issues such as the Renaissance Dam issue and the war in Ukraine.

Within the context of promoting US relations with regional states in proportion with global and regional threats to their joint interests, the results of Biden’s trip are tied to issues of non-traditional security that can be outlined as follows:

A- Energy security and climate change: Biden’s tour to the region, including Saudi Arabia, revolved partially around energy security and climate change. In this regard, and according to the Jeddah Communique issued at the conclusion of US-Saudi talks, and the communique of Jeddah Security and Development Summit, the US and Saudi agreed on working on preserving stability of global energy markers. The US welcomed Saudi Arabia’s commitment to support balance in the global oil market so as to achieve sustainable economic growth. The two sides also agreed on holding periodical consultations about global energy markers on the short and long terms, as well as working as strategic partners in initiatives for climate and energy.

B- Food crisis: According to the communique of the Jeddah Security and Development Summit, the Arab coordination group, made up of 10 national financial institutions, will provide a minimum of USD10 billion in response to food security challenges regionally and internationally, in line with the objectives of the US-led Roadmap for Global Food Security, known as Call to Action. Washington committed USD 1 billion in new near and long term food security assistance for the Middle East and North Africa region. Additionally, partners from Gulf Arab countries announced plans to invest a total of USD 3 billion in projects that align with the US Partnership for Global Infrastructure and Investment (PGII) goals to invest in critical infrastructure in low- and middle-income countries, including through investing in projects that advance climate and energy security and digital connectivity, and that strengthen and diversify global supply chains.

Analysis of the outcome of Biden’s trip to the Middle East at the three levels reveals potential implications for China’s role in the region in the coming period. These can be explained as follows:

1- A “new American policy to contain China” in the Middle East:

Washington’s emphasis on strategic bilateral and multilateral partnerships with regional states, and implementing them through initiatives for addressing energy, climate and food crises or investment in infrastructure, reveals a new containment policy put in place to contain China in the Middle East. This policy is aimed at returning to, and intensifying involvement in the Middle East, at the diplomatic level in particular, through new initiatives that go beyond the US’ military involvement in the region.

Over the past years, China achieved in presenting itself as a leader of new technology in the Middle East mainly using its breakthrough 5G networks, viewed as a source of concern for national security of involved states. China’s technology giant Huawei signed deals with Saudi companies to provide 5G networks in the Kingdom. The development prompted the US to put its rivalry with China on the agenda of Biden’s visit to Saudi Arabia. Accordingly, a new memorandum of understanding was signed between Saudi and US technology companies to deploy 5G technology using open, virtualized, and cloud-based radio access networks as well as enabling the development of 6G using similar technologies.

3- Continued relations between the region and China:

According to Biden’s statements, the US is not willing to leave a vacuum to be filled by China, Russia or Iran. For calculations by the White House and other institutions, Biden’s visit to the Middle East achieved its goals of countering Chinese influence in the region. But these assumptions lack strategic foresight as it excludes the regional states’ view of their own strategic interests. That is, a partnership between the US and regional states over initiatives and investments in new technologies does not mean that they are willing to change relations with Beijing or that it will achieve what Washington describes as taking regional states away from China’s influence. The reason is that regional states have their own interests and are likely to maintain, and even intensify their relations with China in the coming period, as part of a policy to diversify partnerships.

The conclusion then would be that Biden, through his trip to the Middle East, wanted to reiterate strategic bilateral and collective partnerships with the regional states and launch new initiatives to reinforce these partnerships. The bid comes within US efforts to move regional states away from China. But this strategy involving Washington’s “new containment policy” that targets Beijing’s influence in the Middle East is unlikely to succeed, due to the efforts by regional states to diversify their international partners, as well as the persistent lack trust in the US as an ally. 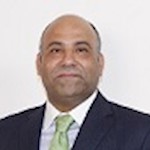