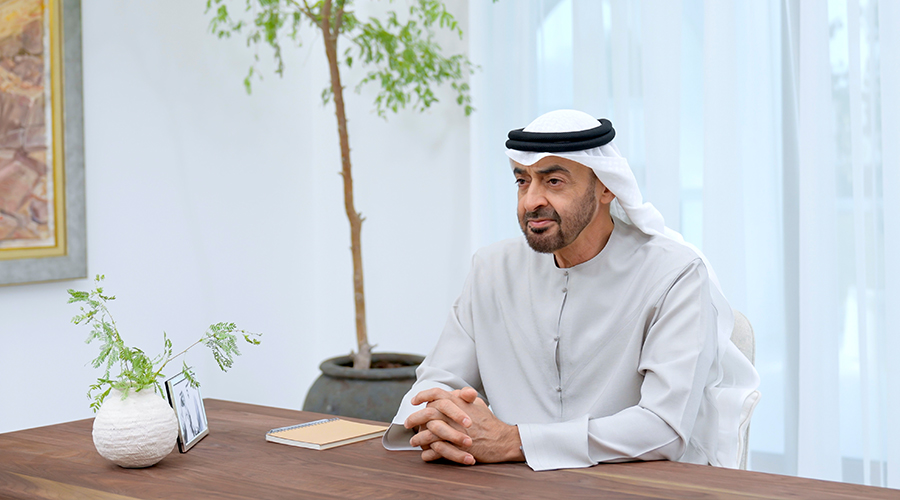 President of the UAE His Highness Sheikh Mohamed bin Zayed Al Nahyan, delivered his first speech as president on July 13 to address citizens and residents of the UAE, declaring the country’s strategy under his leadership. The speech featured political and economic implications for both the UAE and foreign countries. Although it was brief, the speech obviously ushers in a new stage for the UAE’s global strategic stature, while at the same time maintaining the principles upheld by the country since it was founded by the late Sheikh Zayed bin Sultan Al Nahyan.

It was only natural that the speech received wide attention both at home and abroad before and after it was delivered. That was so not only because it is the president’s first official address to the nation, as is the case with speeches of leaders of powerful countries, but also because of His Highness’ compelling charisma as a strategic leader widely respected in decision-making circles for his decisive and clear positions on crises and challenges that the world experienced.

That is why reactions to the historic speech of His Highness Sheikh Mohamed were expected. Moreover, the many analyses presented in the media attempted to explain the president’s future plans and allow for comparisons with the UAE’s interests over the two past eras of the late founder of the UAE Sheikh Zayed bin Sultan Al Nahyan, and the late Khalifa bin Zayed Al Nahyan, who was described by His Highness Sheikh Mohamed in his first speech as “a man of a big heart”.

Any observer can conclude that, politically, over the past decade, Sheikh Mohamed was a powerful actor in several international matters and crises. In his new position as president, after he was the crown prince of Abu Dhabi just a few months ago, means that this speech must be “exceptional and historic”. By going into the details of the speech, observers easily find that it is highly relevant to international developments. It came out at a time when the critical global issues are in turmoil. The highly sensitive global energy security is a serious concern because it is a fundamental driver of global economic growth and development.

The main feature of the speech delivered by His Highness Sheikh Mohamed is that it outlines the general attributes of the UAE, founded more than 50 years ago, reflecting three key approaches followed by the country to drive its exemplary progress and growth. These can be outlined as follows:

1- People and investing in people:

People are the real driver of the country’s experience. Although he lavishly praised Emirati citizens saying “we are fortunate to have a nation of such people”, and noting that the state backs citizens and help sharpen their skills with knowledge and experience to prepare them for future challenges, Sheikh Mohamed also praised residents, who hail from more than 200 nations, and reiterated that they are actively participating in the growth and development of the country.

Sheikh Mohamed was expressing the UAE’s solid conviction that people are a global asset and that an unwavering principle of its foreign policy is to globalize and spread humanitarian and development aid across the world irrespective of the race or religion of beneficiaries in such a way that it has become one of the country’s soft power tools.

This includes contributing to stimulating and developing the global economy not only out of the UAE’s sense of human and international responsibility, widely respected by the international community, but also to serve the UAE’s own interests as the main function of any state is to protect, and serve the interests of its people.

Economy does not rely solely on a single track, nor can it be built on one party. Rather, it is an intertwined process involving states, international organizations and individuals. Such is the case with the UAE’s activity and interaction as an economic regional and international economic center. The UAE is the region’s third largest economic power. Underlining this distinction in his speech, His Highness Sheikh Mohamed said that the UAE economy is thriving and continues to grow at an impressive rate, reiterating that as it continues its steady progress, the states’ future role will continue to be focused on economic growth.

3- The State’s security and sovereignty:

This is a “foundational principle” that nobody should ignore while dealing directly with the UAE. The country will not tolerate any threats to its stability, even if they come from geographically remote sources. A point of high importance in the strategy of His Highness Sheikh Mohamed is the comprehensive security and “sovereignty of the state”.

His Highness Sheikh Mohamed’s reiteration that the foundational principle of sovereignty and security cannot be compromised or given up need no analysis or theorizing because everybody practically knows how Sheikh Mohamed is applying this principle, during the Houthis’ attacks on the national security of the UAE in early 2022. Even before that, Sheikh Mohamed took firm and clear positions at both the regional and international levels against any threats to the sovereignty of all states. That is, he rejected intervention by those with political and ideological agendas in the internal affairs of states.

In implementation of this principle, His Highness Sheikh Mohamed said that the UAE extends “the hand of friendship to all countries that share our values of peaceful coexistence and mutual respect, to achieve progress and prosperity.” This shows his transparency about the fact that the UAE deals with everybody with respect, but at the same time can use its effective diplomatic and military capabilities to deter and counter any threats.

This principle, which has always been reiterated by the UAE, was embodied by the international positions and achievements of His Highness Sheikh Mohamed who enabled the preparation of Emirati citizens to defend their country’s gains. Sheikh Mohamed is well known for being extremely firm on this position and rejects any threats to these gains, no matter how minimal they might seem.

A Speech that is befitting the UAE’s status

A reading of the topics addressed by the speech of His Highness Sheikh Mohamed bin Zayed reveals a number of important points. Firstly, the approach to comprehensive development has been and continues to be a primary concern for the leaders, government and people of the UAE, as well as for keeping pace with the times and confronting future threats. This befits the high global status achieved by the UAE over its phases of growth and international expansion, and, at the same time, goes in line with developments and exponential advances in various spheres. Thus, the government will focus on quality education, technology and artificial intelligence, while also continuing to advance and reinforce the pillars of the economy as the backbone of development.

On the other hand, the issues addressed by His Highness Sheikh Mohamed in his speech, are of concern for all people of almost all countries. This is what made him a global and humanitarian leader. Needless to say that global and human concerns have always been his concern and that he continues to make huge efforts to champion the causes that are of concern to all humanity. His efforts culminated in hosting the world’s most prominent religious leaders, Pope Francis, head of the Catholic Church, and Sheikh Ahmed Al-Tayeb, the imam of Al-Azhar, back in 2019 in Abu Dhabi, where they signed the Document on Human Fraternity for World Peace and Living Together.

Additionally, the essence of His Highness Sheikh Mohamed’s speech was something that observers were expecting since he became president in May. Political and media responses to his speech and its wide influence on international decision makers reveal the powerful presence of the UAE and His Highness Sheikh Mohamed bin Zayed as a strategic and regional and international strategic leader. This earned the UAE global attention to all statements made by its leader.

The speech delivered by His Highness Sheikh Mohamed bin Zayed represents a comprehensive document that ushers in a new historic chapter, and expresses his strategic thinking both at home and abroad. Additionally, it is further evidence that His Highness and rulers of the emirates continue to uphold the principles on which the UAE was founded as well as to its positive image which is well-established for the international public opinion and which the UAE continues to promote in its future plans for the next fifty years. 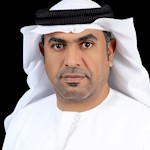