Biden’s Trip: The Resurrection of “Realism” to the Middle East 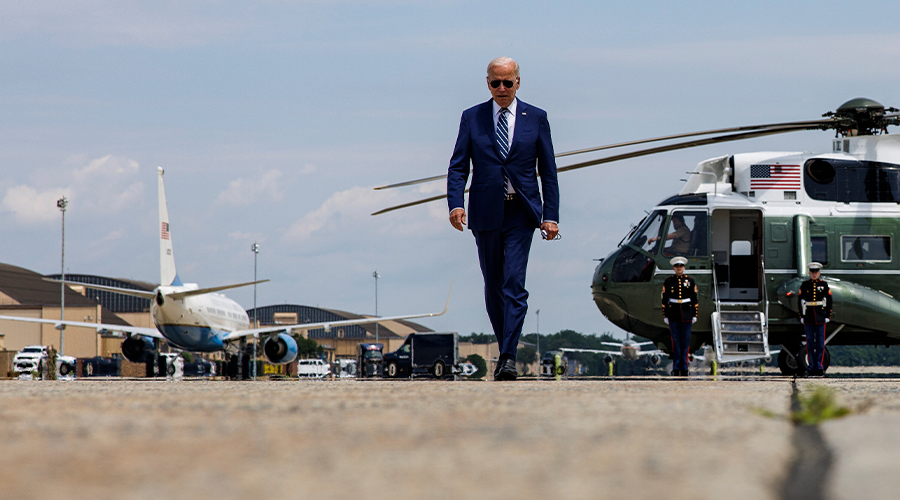 US President Joe Biden’s upcoming trip to the Middle East, scheduled between July 13 till 16, signifies a turning point in the administration’s policy on the region, as well as a revived interest in the MENA issues long ignored, at least at the presidential level.

Since he launched his presidential campaign, and except for some brief hints about returning to the nuclear deal with Iran, abandoned by his predecessor Donald Trump in May 2018, Biden rarely talked about the issues of the Middle East. This approach continued to be upheld after Biden became president.

The approach reflects a conviction within US decision-making circles that the Middle East has become less important for the American strategic interests because of decreased reliance on oil imports from the Middle East, reduced frequency of terror attacks originating from this region as well as the rise of a new racist-motivated type of terrorism inside the United States. Additionally, US citizens became less supportive of the US foreign involvement, especially in the Middle East due to domestic economic challenges as well as setbacks suffered by the United States in Iraq and Afghanistan.

On top of that, US military presence in the Middle East, aimed at defending Israel cannot be justified as the American ally now enjoys an unprecedented level of security at the regional level, which means it no longer needs the US protective umbrella.

Altogether, the above-mentioned developments led the Biden Administration to grow less interested in the Middle East, and at the same time more interested in other regions, especially in Asia where the US is involved in countering the rise of China. That is why Biden’s trip represents a review of the policy that ignored the Middle East and a revival of interest in the region and some of its issues.

The major issues that have driven the US President renewed interest in the Middle East are oil, Iran and the Arab-Israeli peace process.

Despite its decreased reliance on oil imports from the Middle East, the United States became aware that, during the war between Russia and Ukraine, energy prices in its domestic market are still determined by the supply-and-demand dynamics on global markets, and that sanctions against Russia have pushed prices to unprecedented highs due to decreased supply. The record fuel prices, associated with high inflation hitting hard US citizens, can impact the Democratic Party’s chances of maintaining a majority in the Congress after the midterm elections, scheduled for November this year.

In similar situations in the past, the US used to ask its friends in the Middle East to increase oil production and supply to push the prices down. This time, however, the Biden Administration recognized that leaders of the Middle East are dealing with the US relatively on a peer-to-peer basis, that they believe that relations with Washington are based on mutual interests, and that the US needs these regional states just as they need it. Amid these states’ reservations about positions taken by the Biden Administration, including removing the Houthis from its list of designated foreign terrorist organizations, as well as the influence of the so-called “progressives” within the Democratic Party on the White House’s policy on the Middle East. That is why, Biden has to personally go to the region to directly deal with the oil matter.

Talks over reviving the 2015 nuclear deal with Iran, which launched in Vienna more than a year ago, are facing major challenges. But, on the other hand, the announcement of indirect talks between Washington and Tehran in the Qatari capital of Doha, may indicate that potential hurdles to the Vienna talks can be overcome to increase chances of reaching an agreement between the two sides.

Accordingly, Biden’s trip to the Middle East is aimed at reassuring regional allies and friends, who already have reservations about the United States’ return to the nuclear deal with Iran and oppose the lifting of sanctions against Tehran, and are concerned that Tehran might well use newly unfrozen assets to embrace more policies causing regional instability.

Biden’s trip is also aimed at discussing a Plan B, to be followed if no agreement is reached with Tehran. As part of efforts to promote reassurances i.e. plan B, Biden is carrying with him ideas about promoting military cooperation with regional states to confront any potential threats posed by Iran. These include plans to build an integrated air defense network to combat Iran’s increasingly lethal arsenal of missiles and drones, as well as a joint surveillance and early-warning system. If no agreement is reached to revive the Iran nuclear deal, the US Administration might well pledge to keep sanctions against Iran in place.

The Biden Administration declared support for the Abraham Accords, launched during Trump’s presidency, and for expanding the scope of these accords. The current administration is now seeking to reinforce Israel’s position as a Middle Eastern state and as a party to regional cooperation, after the Trump Administration reorganized Israel within the Area of Responsibility of the United States Central Command (CENTCOM), responsible for US military operations in the Middle East.

The Biden Administration is now working on bridging differences between Israel and Lebanon to facilitate exploration of natural gas in their areas in the Eastern Mediterranean. Moreover, the United States backs plans for cooperation between Israel, Egypt and the European Union to export gas to the EU members.

During his visit to Saudi Arabia, Biden will attend a summit meeting called by King Salman bringing together the leaders of the Gulf Cooperation Council, Jordan’s king, Egypt’s president and Iraq’s prime minister.

To conclude, Biden’s trip to the Middle East reflects a revival of his administration’s interest and involvement in the Middle East. This return is not the result of ideological convictions but was rather imposed by “realistic” considerations related basically to the outcome of the war in Ukraine, any developments in the talks with Iran over its controversial nuclear program. But, at the same time, this trip represents a good opportunity for promoting Arab-American dialogue, reinforcing mutual trust and opening up new venues for reciprocal cooperation that serves their common interests. 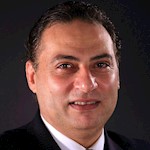