Why the Coalition to Restore Legitimacy in Yemen changed its strategies against the Houthis? 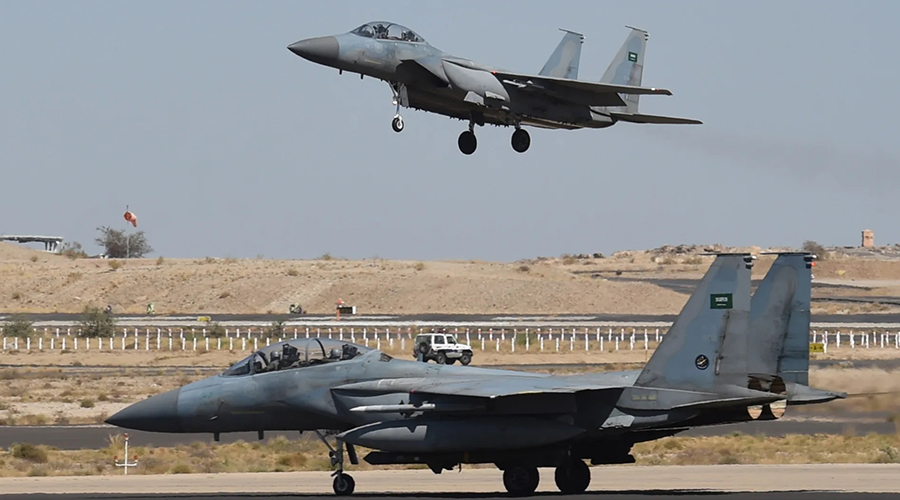 The Coalition to Restore Legitimacy in Yemen, has repeatedly called for calm, ceasefire and peace enforcement. But the Houthi militia rejected all these demands, and even committed more crimes against civilians in Yemen - recently in Marib, Taez, Al Jawf and Hodeidah-, and even attacked Saudi territory using ballistic missiles and drones. That is why the Coalition recently changed its calculations and shifted from pacification to military operations against legitimate targets in Sanaa, Marib, Shabwa and other cities. The change was driven by several reasons that have to do with the Houthis themselves, as well as the regional and international powers involved in Yemen.

Recently signs emerged that the Coalition to Restore Legitimacy has recently escalated military offensives against the Houthi militia on several fronts in Yemen. The following stand out:

On November 28, 2021, the Coalition announced that it attacked assets and targets at the al-Dailami military base, near Sanaa airport. The Coalition stressed that the airport was turned into a military base for experts and specialists from the Iranian Revolutionary Guard Corps and Lebanon’s Hezbollah. It further noted that the Houthis are using places of  protective immunity to launch cross-border attacks, and that it is taking legal steps to remove such immunity to protect civilians when necessary. Later, on December 6, the Coalition announced a wide military operation against the Houthis in Sanaa. It said the operation was “in response to threats”. Precision targeted attacks were launched against legitimate military targets and sites used for ballistic missiles and drones in the Yemeni capital were destroyed. More military operations were launched on December 23.

Earlier on December 21, the Houthi militia announced that Sanaa International Airport, which is under its control, was put out of service, following airstrikes conducted by the Coalition to Restore Legitimacy.

2-     Countering the Hotuhis’ aggression in Marib:

The Yemeni armed forces have been fighting ongoing battles on several fronts in south and west of Marib Province, since the coup militia, in February 2021, launched intensive attacks on this strategic and oil-rich province, which is mostly under the control of the Legitimate Government. In doing so, the militia ignored international calls for an end to escalation. Later, the Coalition launched a legitimate military operation against the Houthi militia in Marib. It was the largest of such operations in the recent period. The aim was to support the Yemeni army and the legitimate resistance forces.

The al-Amalika Southern Forces, loyal to the legitimate government, on January 10, announced that it has made a new progress in the fighting against the Hotuhis, and took over all the districts of Shabwa, one of the oil-richest provinces in Yemen. The province is strategically located between the southern and northern provinces. To the east, it is bordered by Hadramaut, to the west and south by Abyan and al-Bayda, and to the north-west by Marib. The liberation of Shabwa came as a result of a large-scale military operation, codenamed Storm of the South, launched in early January to recapture the districts of Usaylan, Bayhan and Ain - captured by the Houthis in September - before it completes the liberation of all the districts of Shawa when they seized all the district of Ain.

The military victory made in Shabwa is credited to the 50000-strong al-Amalika Southern Forces, which have good combat capability and became combat-hardened after their fighting experience in previous battles in the west coast of Yemen. The al-Amalika troops are likely to play a wider role in Marib and Bayda, bringing more military pressure on the Houthi militia, especially when coupled with the recent victories made by the legitimate forces on several fronts. On January 11, the al-Amalika announced the seizure of large swathes in Harin district in Marib province after inflicting heavy losses on the Houthi militia.

Following the liberation of Shabwa on January 11, a new development operation codenamed “Freedom of Happy Yemen” on all fronts. Spokesman of the Coalition to Restore Legitimacy in Yemen, Brig. Gen. Turki Al-Maliki, said that this is not a military operation, but rather a development operation in order to bring development and prosperity to Yemen.

The following are the most significant reasons why the Coalition has changed its course towards putting more military pressure on the Houthis.

1-     The Houthis’ rejection of initiatives for a political olution:

Based on its long experience in Yemen, the Coalition became certain that the Houthis will, at least in the short term, insist on foot dragging over negotiating for a political solution, and that they understand only the language of military force. This was evidenced by their rejection of several initiatives for a political solution. For example, in March 2021, Saudi Arabia launched a peace initiative to end the ongoing conflict. The initiative includes a nationwide ceasefire implemented under the supervision of the United Nations, the reopening of Sanaa International Airport, and the allowing of fuel and food imports through the Hodeidah port, as well as resumption of political negotiation between the government and the Houthis. The Saudi initiative was welcomed in the region and worldwide but was rejected by the Houthis.

Later, on June 15, the Coalition stopped carrying out attacks near Sanaa and other cities to pave the way for a peaceful settlement to the conflict. But on the same day, the Yemeni government announced that eight civilians were killed and 27 others were injured by two ballistic missiles and two drones used in an attack on a mosque and a women's prison in Marib.

Over the past months, the Yemeni government and the Coalition demonstrated willingness to put a ceasefire in place and sit at the negotiating table with the Houthis based on internationally-recognized references. Riyadh has also showed goodwill by accepting mediation by Oman and Iraq to evacuate Hasan Irloo, Iranian Ambassador, from Yemen for treatment, before he died in December 2021. In response to this, the Houthis continued to insist on escalation on several fronts, especially in Marib, the oil-rich province, which could give more resources to the rebel militia to use in military spending, as well as carrying out attacks by ballistic missiles and drones on critical facilities and civilians in Saudi Arabia.

UN Special Envoy for Yemen, Hans Grundberg, since he assumed office in September 2021, made several attempts to achieve convergence of views between warring parties, since he assumed office in September 2021, stressed that a permanent solution in Yemen can only be achieved through a comprehensive political settlement, and made regional and international tours towards this goal. But all Grundenberg’s efforts are being blocked by obstacles created by the Houthis.

2-     Responding to escalation by the Houthis:

The Houthi militia resorted to military escalation on several fronts inside and outside Yemen.

a)     Escalation in the Battle for Marib:

The Houthi militia continue to insist on military escalation in Marib province, which it started in February 2021 to seize control of the province because it is a main center of the legitimate government, and sits on huge oil and gas reserves. In south and west of Marib, the rebel militia is killing civilians and forcibly displacing the population, among other atrocities which affected the lives of thousands of families and caused one of the worst humanitarian crises in the world.

b)      Carrying out terrorist attacks in Aden and Liberated Regions:

The interim capital Aden was hit by terror attacks blamed on the Houthis, who collaborated with terrorist organizations to block efforts being made by the legitimate government to enforce peace and stability in the liberated southern regions. On October 30, 2021, a car bomb exploded outside Aden international airport in Aden, killing 12, all of them civilians. On October 10, Agriculture Minister Salem al-Suqatri, and Governor of Aden - both are members of the Southern Transitional Council, survived a car bomb that killed six people and wounded seven others. On December 30, 2020, three bombings hit the airport, immediately after an airplane carrying all the cabinet members, except the minister of defense, killing 26 and wounding 110 others. An international team of investigators blamed the Houthis for the attacks.

The Houthis used to attack Saudi Arabia by ballistic missiles and drones. The Kingdom announced that it foiled these frequent attacks. The crimes committed by the Houthis which received condemnation from Arab countries and the international community.

A report by Washington-based Center for Strategic and International Studies, CSIS, noted that during the first nine months of 2020, the Houthi forces executed a monthly average of 38 attacks. During the same period in 2021, that number rose to an average of 78 attacks per month, for a total of 702 attacks across the total nine-month period.

The Houthis pose a threat to freedom of navigation in the Red Sea. In their view, carrying out maritime piracy actions is among ways to gain leverage for their claims in Yemen, especially after military attacks on their positions were escalated.

In one of their acts of piracy, the Hotuhis pirated and hijacked an Emirati-flagged vessel in the Red Sea, off Hodeidah province early this month. The seized vessel was traveling from Yemen's Socotra island to the Saudi city of Jizan on a humanitarian mission carrying medical supplies after finishing a mission to set up a field hospital on the island. The attack projected the serious threat posed by the Houthis on freedom of navigation and international shipping through the Bab al-Mandab and southern Red Sea.

When Joe Biden became US President, he announced that he is adopting an approach to the war in Yemen that is different from his predecessor Donald Trump’s. In February 2021, Biden announced an end to US support for the Coalition’s operations in Yemen, reversed the designation of the Houthis as a foreign terrorist organization, and appointed Timothy Lenderking a Special Envoy to Yemen. Over the past year, Linderking visited Gulf and other Arab countries to discuss ways of resolving the crisis in Yemen. His efforts were wasted by the Houthis’ intransigence, rejection of all initiatives for a political solution and insistence on military escalation in Marib, Taez and other provinces, which drew frequent criticism from the US envoy who also blamed them for military escalation and their demands for a ceasefire and called upon them to commit to a ceasefire and sit at the negotiating table.

The Biden Administration has, perhaps, become aware that its previous calculations about the Houthis’ engagement in political talks were wrong, especially after the Houthi militants stormed the US Embassy in Sanaa and kidnapped a number of its employees and guards.

Later, the Biden Administration’s decision late last year to approve its first major arms deal to Saudi Arabia, that is valued at up to US$650 million, showed positive change in Washington’s attitude towards Riyadh and support to the legitimate government in Yemen.

Tehran uses its armed proxies in the region, and especially the Houthis in Yemen, among its tools of leverage, whether in the ongoing Vienna talks with world powers about a revival of the nuclear deal, or its talks with Saudi Arabia that are brokered by Iraq for de-escalation between the two countries. The Coalition, through its current military pressure on the Houthis, wants to minimize Iran’s benefit from using the coup militia as leverage in other regional issues.

In conclusion, the Coalition to Support Legitimacy in Yemen adjusts its calculations for countering and dealing with the Houthis. This ranges between military escalation against legitimate targets and pacification combined with giving a chance for a political solution. This adjustment is based on variables such as the balance of power, spheres of influence inside Yemen, combined with calculations for protecting Saudi territory from the Houthi terror attacks, as well as with relations with the international powers and regional players that have influence in Yemen and with the extent of change to their positions. 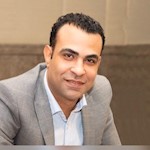