What Happens in case of the US Military Withdrawal from the Middle East? 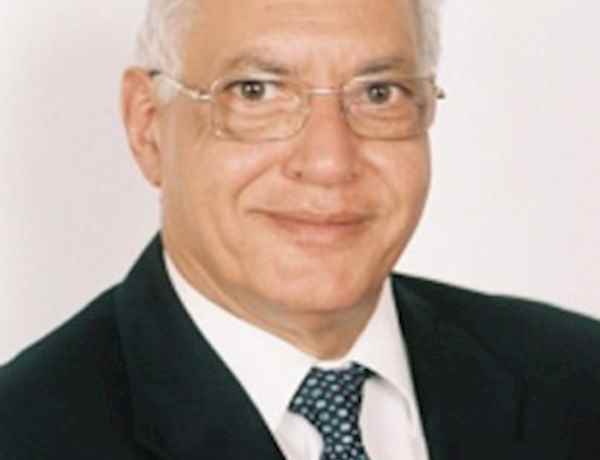 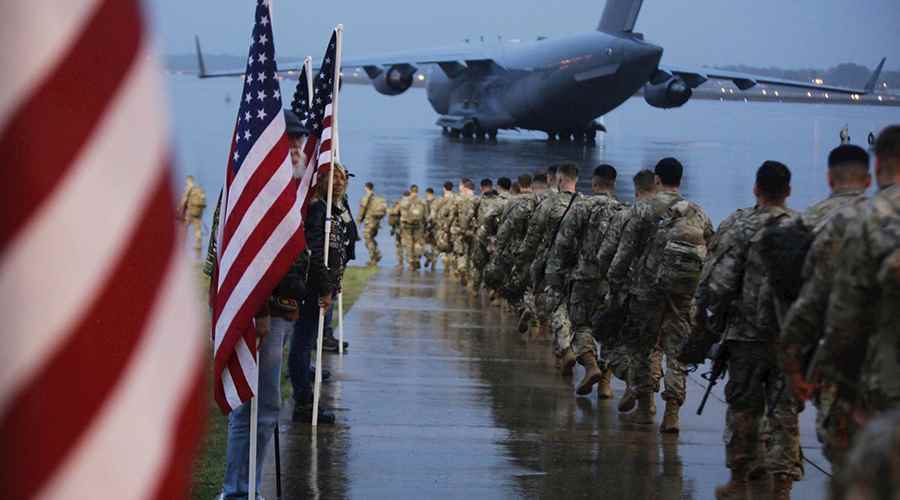 This article tackles the repercussions that may result from the withdrawal of the US from the Middle East in case this step is taken, in the attempt of adopting a “forward thinking” that begins with a situation and examines its potential consequences, without this implying the possibility of it taking place in the short or medium term. This type of analysis requires defining the characteristics of the "scene" out of which events may unfold.

Since the scene is relevant to the repercussions of the US withdrawal from the region, it is necessary to begin by defining what is meant by “withdrawal”. What is meant, in this context, is a military withdrawal, in the sense of the physical presence that includes military bases, training facilities, and logistical bases which provide services to US forces at airports and seaports. Examples of these bases are found in several Arab countries, as well as Turkey, and Israel, and they include officers, soldiers, and civilian employees of the US Department of Defense. The hypothesis in this article concerning the US withdrawal here is limited to the military aspects only, since Washington has enormous economic and political interests in the region, which makes it very difficult to imagine the emergence of a situation that would prompt it to sacrifice them.

Motives behind the withdrawal

The core reasons that may lead the US to an actual withdrawal, as stated by former US President, Barack Obama, in his famous interview with the US magazine “Atlantic” in 2016, is that Washington has limited resources and must choose the best place to utilize them, and that place would be Asia, not the Middle East.

These reasons include consensus among the ruling elite in Washington not to engage US forces in long term wars that do not directly impact US national security, and that these are endless wars between countries and local forces. Furthermore, US interests in the region are no longer critical, and do not justify the current level of military presence, as Martin Indyk, US Politician has argued. Moreover, there is a significant growth of anti-US sentiment in certain countries, which forces the US to end its direct presence in the region. Alternatively, the US would resort to supporting the military and intelligence capabilities of its allies, so that they may take responsibility for defending their countries themselves.

Additionally, there is a growing US belief that military intervention is not the best means to protect foreign interests, but that soft power tools, most significantly multilateral diplomacy, are capable of achieving better results.

The US withdrawal in this sense is not entirely a theoretical assumption. Rather, the administrations of both former President Donald Trump and current President Joe Biden have made decisions to withdraw US forces from Iraq and some areas of the Arab Gulf. Moreover, this withdrawal is more likely to take place after the US has reached understandings and solutions regarding the crisis of the nuclear agreement with Iran signed in 2015, as well as the war in Syria and its role in protecting the Kurds. As for the other on-going conflicts in Libya, Yemen, Iraq and Palestine, they will not prevent the US from making this decision.

A case of repositioning

If this US military withdrawal from the Middle East takes place, it may create a new geostrategic environment that will prompt some major and regional countries to develop their policies in the region. Here, there is an intentionality about not using the term "filling the void", which was used by US policy in the 1950s when announcing the "Eisenhower Doctrine" regarding filling the void in the Middle East, since these are different circumstances.

Most likely, the US withdrawal will not lead to the emergence of new international or regional actors, but will rather give rise to the development of the roles of the actors, where some would seek repositioning. The competition amidst them may lead to some temporary instability here or there. Countries of the region may reconsider their alliances with the regional states which are powerful and which seek to enhance their influence. Relations between non-Arab regional states may also develop, such as the relationship between Iran and China, or the relationship between Israel and a Western power.

The rise of China and Russia

China and Russia are most prominent powers that may seek to take advantage of the US withdrawal from the Middle East. However, it should be initially noted that their role will be within the framework of non-interference in the internal affairs of the countries of the region and not getting involved in the existing conflicts between them. Rather, it will be a continuation of the policy pursued by the two countries since 2000. Their growing involvement in the region will lead to a widespread belief in the superiority of the Sino-Russian model in administration and governance.

Regarding China, it seeks to be a mid-level developed country by 2035, and to become a super power at par with the US by 2050, according to the strategy adopted by the ruling Communist Party. China has begun its advance aimed at expanding its influence in the Middle East, by developing commercial relations with all countries in the region, expanding the volume of its investments and focusing on improving the infrastructure such as road networks and ports, and establishing projects for the production of renewable solar and nuclear energy. This has rendered China the region's key commercial partner since 2016.

One of the key manifestations of the evolution of the Chinese role in the Middle East was the signing of the comprehensive strategic partnership agreement with Iran in March 2021, which was considered by many to be one aspect of Beijing's new diplomacy in the region and its global role.

Should the US withdrawal from the region take place, it will avail the appropriate environment for China's fostering of its economic influence and the development of its political role which had emerged earlier. China aims to introduce a development model through cooperation with countries of the region, presenting it as a better alternative to the Western model. It may engage in arms sales and military technology deals, in addition to enhancing its military presence, but in a limited and soft way that would not provoke the US and Western powers.

While Washington seeks to contain Beijing, restricting its activities in the South China Sea, signing the “Aukus” agreement with Australia and Britain and establishing the “Quad” group with Japan, India and Australia, the development of Chinese influence in the Middle East, or rather "West Asia", implies that it has managed to circumvent this, consolidating its influence in one of the traditional areas of US influence in the world, which may be called a policy of "Heading West”.

China is more likely to carry on its approach which focuses on the economic and trade aspects with the largest number of countries in the region, and may reinforce its relationship with some countries that are considered to be foundational for its influence, such as Iran. However, in this case, it has to rein in Iranian aspirations to extend its influence through military tools and interference in the internal affairs of countries. In all cases, Beijing will be keen on sustaining the freedom of maritime navigation and the protection of waterways and aquatic straits, including the growing presence of the Chinese Navy near Bab al-Mandab, the Strait of Hormuz and the Suez Canal.

Then comes Russia, which is aspiring to expand its influence in the Middle East after it has fostered its strategic relations with countries of the region through arms deals, the transfer of technology for building nuclear reactors for peaceful purposes, as well as a direct military presence in Syria and Libya. Russia has managed to develop its relations with several countries US’ allies. For instance, Moscow sold the S-400 missile system to Turkey, which is a member of NATO, and Sukhoi SU-35 aircraft to Egypt. Through this, Russia will aim to relieve US and Atlantic pressures on its direct borders in Ukraine, the Black Sea, and in its conventional areas of influence in Eastern Europe.

No European country is expected to enter into a regional competition with China and Russia, but rather countries such as France, Italy and Britain will seek to bolster their military bases in some Middle Eastern countries, and also conclude arms deals with countries that are willing to do so.

In terms of non-Arab regional countries, Iran is one of the top countries that will seek to capitalize on  the US withdrawal due to the long-standing enmity between the two countries. Regardless of the circumstances, this withdrawal may lead to instigate Iranian ambitions to leverage economic and political opportunities in the Arab Gulf states. This is less likely to take place through military or revolutionary means, since such an approach would interfere with the interests of China and Russia and their keenness to protect the independence of the region's countries. However, this will not restrain it from seeking to establish political agreements and arrangements that would guarantee the interests of its allies in Lebanon, Iraq and Yemen.

Turkey will also seek to benefit from its economic capabilities to strengthen its relations with and influence within the countries of the region, concluding arms deals with them, and supporting its military bases in Somalia, Iraq, Qatar and Syria.

Then comes Israel, which is the closest regional ally of the US, specifically after its inclusion in January 2021 as the 21st country of the AOR. In the event of the US withdrawal, Israel will seek to extend its influence in the region by providing a security umbrella for Arab countries that would accept that, building on its technological progress in various aspects. There is no room here for analyzing the patterns of perceived relations between Turkey, Iran and Israel, particularly the Iranian-Israeli relations.

As for the Arab countries, it is unlikely that they would all act as a single cluster, but rather these countries will adopt several paths, drawing closer to Turkey, Iran or Israel, each according to their assessment of their interests and the threats to their security.

We may gather some indications of these perceptions regarding the post-US military withdrawal from the region, in the moves that took place with the aim of redrawing the map of conflicts, as well as the alliances made by the Arab countries in 2020 and 2021, specifically following the US withdrawal from Afghanistan, and the widespread belief that the US is not a trustworthy ally.