French Restrainism in the Middle East 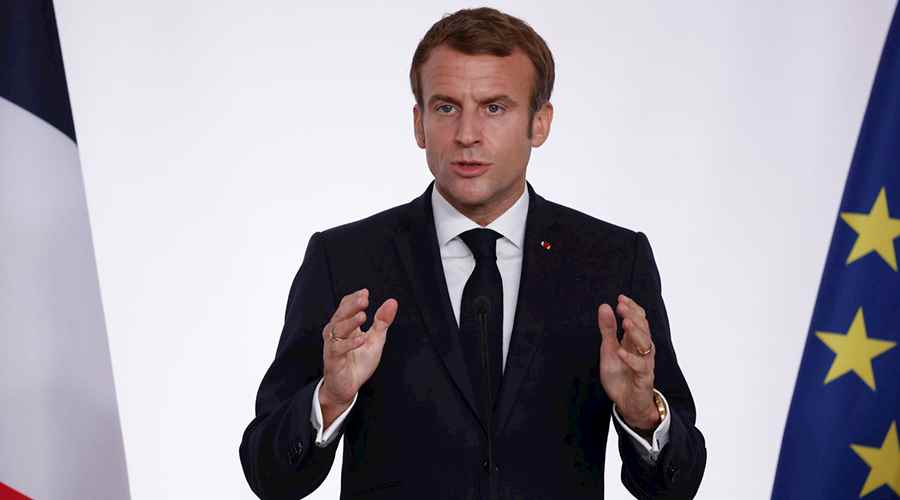 Since the national movement and independence of several former colonies in the 1960s, France assured to maintain its presence in its Middle Eastern and North African former ‘possessions’ as a key partner. Yet, in the late 20th century, the ‘friendship’ taken for granted in the bilateral relations between the former colonial power and its strongholds seemed to fade to the extent that observers might have questioned the reality of what the French used to call ‘Arab policy’ (friendship between France and the Arab states). In the post-Cold War era, the US became the cornerstone of security in the region, on which all external or regional states had to discuss their role. Nowadays, with the American withdrawal from the Middle East, the former allies as well as the opponents have to redefine their strategic role with no exception for the French under the pressure of a pervasive restrainism – neologism coined in the US in the wake of the Afghan withdrawal.

The role of France in the MENA region has followed the changes of its foreign policy. The successive governments have favoured economic diplomacy and security over the special cultural relations with the French-speaking world.

The economic diplomacy pre-existed but was boosted when Laurent Fabius become the Minister of Foreign Affairs (2012-2016). Capturing new markets abroad and boosting domestic production openly became the top priority of the third diplomatic network in the world. The diplomatic endeavour has accordingly been altered taken the French foreign trade areas into account. In 2020, 54% of French exports went to the European Union (EU). No wonder that the EU relations take precedence over the rest of the world. In this perspective, the MENA region remains at the margins with less than 3% for the exports and 1.2% for imports – without taking into consideration the arms trade. Precisely, the Middle East is perceived more as a niche market for arms rather than a privileged business partner. As a first destination for US exporters, the Americans compete with other suppliers, Russians, British and French. In 2020, France became the 3rd world arms dealer after the US and Russia under Jean-Yves Le Drian, Minister of Defense (2012-2017), appointed at the head of the French diplomacy team in 2017. Since 2013, France has been the main supplier of arms to the Egyptian government, for instance. Last year, Saudi Arabia was the first importer while Morocco was third.

Security is the second pillar of French foreign policy, caught between terrorism and migrations. Hit by a wave of terrorist attacks in 2015, the governments since then have paid attention to far flung causes of radical Islam. A comprehensive policy led the country to join the coalition in Syria against ISIS as well as in the Sahelian African states with the Barkhane operation, stretching from Mauritania to the borders of Libya. The counterterrorism strategy contributed to protect the territory against new terrorist attacks. As usual when the threat decreases, the rationale of the external operations is questioned. What is more the Barkhane military operation has cost one billion euros per year, an expense difficult to justify when some basic public services like education and health require more public investments. Moreover, the Middle East and North Africa have also been under scrutiny because of the spike in migrations since the war in Syria. Unlike Germany, France was reluctant to accept refugees from Syria in 2015. With the pretext of a potential terrorist risk, restrictions have been put on visas applications. All things considered, immigration (legal or illegal), is under control, which the current government stressed upon and actually uses to attract voters from the populist fringes of the electorate, especially if we keep in mind that Emmanuel Macron is going to run for re-election to the presidency next year. With the control of the EU borders and containment of Middle Eastern migrants in Turkey and North Africa, the French government does not deem it necessary to get involved in the conflicts or tensions resolution. Restrainism is adopted in equal measure to fear of physical and cultural attack or encroachment.

The international context contributed to reorient the French foreign policy. The American withdrawal in Afghanistan and soon in Iraq, although already planned by the Obama administration, sets a precedent. Visibly remaining in a never-ending conflict appears to have its disadvantages, which explains the hasty departure from the Sahel and the reluctance to get involved in lingering political quagmires like in Libya. In late September, when the new Lebanese Prime Minister visited Emmanuel Macron, the French President advised him to implement reforms and to seek support from the IMF – but did not offer financial aid. To many extents, the French copy the US foreign policy. Without claiming it, the French decision-makers promote a policy of ‘France First’ giving up some prerogatives of the mid-range powers, especially the ability to intervene as peace brokers. France is conspicuously absent in the Palestinian issue whereas the ‘cause’ had traditionally had a strong echo in French politics. It seems that the French government find it less contentious and requiring less diplomatic effort to support Israel regardless of its behaviour in Jerusalem or in Gaza.

Yet, while French decision-makers are drastically reducing political ambitions outside the realm of the European Union, they find it hard to confess that domestic politics should be their main horizon. In addition, the submarines dispute with the US, UK and Australia illustrated the limits of the French appeal globally. The use of the French language in the Levant and North Africa, the discourse of universal values, the promotion of human rights reflect a certain conception of globalisation, while emphasising the capability to defy the Americans. The debate of 2003 regarding the invasion of Iraq made clear that France did not subordinate its foreign policy in the Middle East to the US. The reluctance to intervene outside France also stems from a nationalist idea in 1950s under the colonial era. French politicians came to find, with difficulty, that it was not worth spending money and energy abroad instead of on the mainland. This colonial, superiority, mindset has never disappeared in French politics and has been recently reactivated by populist groups.  Casual racism and anti-Islamic sentiment feed a resentment against Arabs in general.

France does not abdicate its global power status and uses the MENA region for this purpose. The ability to compete with other powers relies on some factors such as France’s level of industrial development and or its leading role within the EU with Germany. The security architecture has been relied on its nuclear deterrence and on its army, being the second after Russia in Europe and in the top 10 worldwide. Its military budget has constantly increased and could represent in the coming years 2% of its GDP. In the post-Brexit era, France has become the dominant EU military power and has claimed ‘strategic autonomy’. Yet, the European partners and NATO also determine this ‘autonomy’. In other words, to keep on playing a major role in Europe and in the world, France needs allies, primarily European and Western. The choice of alliances is linked to the appreciation of the main threats in the coming years. If terrorism is contained (so far), it remains to be seen which global countries could jeopardize the French interests. Since its election, Emmanuel Macon has shown complacency with Russia. China benefits from an uncertain status: on the one hand, it is a major trading partner and on the other hand, it is too far to epitomise an existential threat and reaches the same level of distrust as in the US.

Against this backdrop, the Middle East has become a minor area of interest for the French diplomacy. The historical links that France has tied with North African and Levant states are looser than before the Arab Springs. Migrations, cultural exchanges made the Arab world a particular partner in the French foreign policy. Diplomats’ appointments there were specialised of the region, spoke Arabic and had a deep knowledge of the region. With the primacy of economics in the 2010s’, it has superseded cultural aspects. The road map of the diplomatic staff is to increase the volume of the trade. In addition, the restrainist posture leads France to adopt a more Western preference in its diplomatic orientations.

The cooperation with GCC states, namely the UAE, Qatar and Saudi Arabia could be understood as a new orientation of the French diplomacy. From Paris, the Middle East, let alone the Gulf region, is first and foremost perceived as a fruitful market for arms as well as a potential source for foreign direct investments. Beyond this horizon, there is no place left for regional cooperation or stabilisation of the regional conflicts.

Like in the US, the French restrainers, whether they are political actors or decision-makers, have gained momentum in the political debate. They do not accept external military intervention as well as diplomatic involvement unless the French interests are in jeopardy. This new approach in international relations could be understood as an avatar of the Great Power competition but also as its retraction from the globalised world.