Will the appointment of Allawi as Prime Minister end the crisis in Iraq? 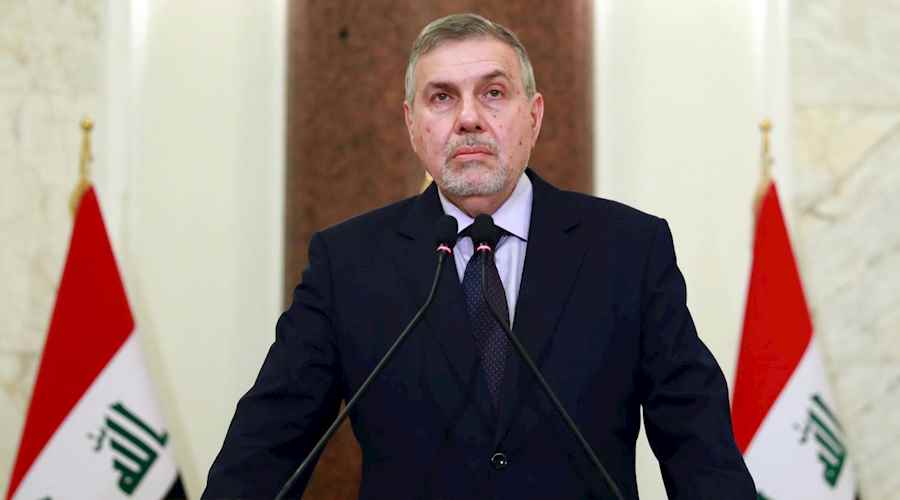 The attacks on some Iraqi demonstrators on February 3, 2020, on account of which a number of so-called "blue hats" were indicted, imply the persistence of the Iraqi political crisis, despite the  appointment of Muhammed Tawfiq Allawi as  head of the new government. Allawi, who was the former Minister of Communications, was officially appointed by President Barham Saleh at the beginning of February 2020. The announcement comes two months after the House of Representative  accepted the resignation of Adil Abdul-Mahdi, the former Prime Minister of the Caretaker Government. However, according to the  Iraqi constitution,  the appointment of a new prime minister should have been selected from the ‘largest bloc’ within the Parliament and  should have taken place within a maximum period of 15 days, following the resignation.

What is worth noticing here is that the mechanism by which Allawi was nominated for Prime Minister resembles that of Adil Abdul-Mahdi. Identifying the largest bloc within the parliament was also overlooked, because of the consensus between the various political forces, particularly between the two the coalitions,  Saairun ‘Alliance Towards Reforms’and the Fatah ‘Conquest Alliance’, which are occupying the largest number of seats in Parliament. This is actually  contrary to what is affirmed by the Iraqi constitution in Article 76 thereof, which states that “the President of the Republic shall charge the nominee of the largest Council of Representatives bloc with the formation of the Council of Ministers…".

Saleh’s approach of assigning the formation of the new government to Allawi may be explained in light of several considerations, the most important of which are:

President Saleh sought to exert pressure on the political forces to get them to agree on a candidate to head the government, where he announced in January 29, 2020 that he had set February 1, 2020 as the deadline to assign a candidate. Saleh believes that the new government formation may be the first step of possibly containing the repercussions of the current political crisis that persists, despite the lapse of nearly four months since the eruption of protests in October 2019.

The Caretaker Government, which was headed by Adil Abdul-Mahdi levelled striking accusations against the Parliament of having failed to form a new government. On January 28, Abdul-Mahdi criticized the parliament's stance about speeding up the new government formation, saying, “we do not receive support from the House of Representatives. A decisive formation of the government must be expedited."

To choose a new prime minister was the main focus of the dispute throughout last December between  Fatah or ‘the Conquest alliance’ headed by Hadi Al-Amiri,  which is the main constituent of Al-Binaa coalition and the Saairun or Alliance Towards Reforms coalition , which is affiliated with the Sadrist movement. However, following the US-Iranian escalation over Iraq, at the beginning of last January, the intensity of disputes alleviated between the two coaltions. They have shifted their attitudes and joined forces in  aiming to get the US troops out of Iraq, in a way that eventually led to  Allawi's nomination to head the new government.

Securing the confidence of the House of Representatives might not be the main reason for  Allawi’s success or failure , rather there are many variables that must be taken consideration:

Considering the changes that affected the Iraqi scene since the beginning of last October, were actually the outcome of public pressure, the first factor to determine Allawi’s success is linked to public satisfaction. It is noteworthy that as soon as Allawi was appointed, he was keen on adopting a discourse that relatively identifies with public demands. In his first statement, he called the protesters to continue with the demonstrations until the demands are met, that  accountability will be achieved, and early elections will be conducted. Moreover, those close to him assert his keenness on bypassing the quota policy in forming the government, despite the many obstacles he will be facing in that respect.

When the President announced Allawi’s appointment as Prime Minister, several media outlets revealed some political agreement between Allawi and leaders of the ‘Conquest Alliance’. This shows that the political forces within have already set specific dynamics for the designated Prime Minister, which might limit his tools and margins of his maneuvers in addressing the present crisis in Iraq.

3- Forming a transitional government within a month

Within a month of his appointment, the designated Prime Minister will have to select members of his government. But the experience of previous governments, the last of which is Adil Abdul-Mahdi's, indicate that this is no easy task. It usually takes several months to form governments, especially considering the outstanding disputes between the various political forces.

Therefore, it can be argued that Allawi's appointment might not settle the crisis in Iraq as imagined, as his success is linked to his ability to deal with several hindrances . He must appease the public, stop violence, form a government within the constitutionally defined deadline, and run early elections in no more than a year from his appointment. Thus, difficult challenges await him,