How do ‘Mercenaries’ affect conflicts in the Middle East? 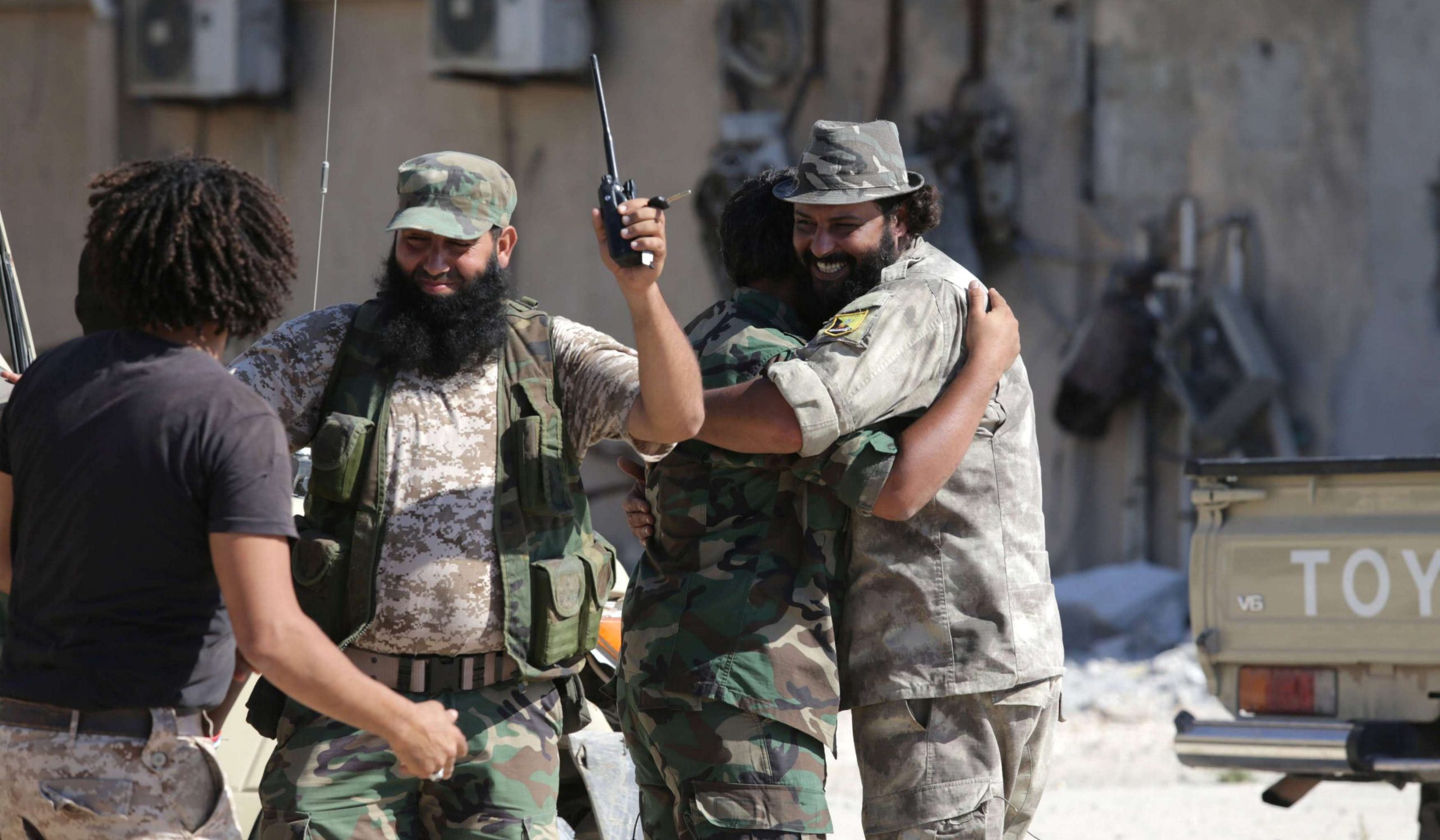 The utilization of mercenaries has become one of the key predicaments in the Middle East, particularly in the hotbeds of armed conflict, including Libya, Yemen and Syria. Such militia are usually transferred through the use of civil flights, crossing land borders or smuggling through organized crime networks. This has been reflected by numerous evidence including the escalating tensions between the international powers  such as ‘France’ and regional ones such as ‘Turkey’, even affecting the mutual hostility between the ‘Syrian Democratic Forces’ and Ankara, and the latter's policy aiming at disturbing Libya's neighboring countries. In the case of Yemen, the Houthi militia and Islah party have also used African mercenaries. It is further evident in the warning given by the Yemeni government to ‘Tehran Mercenaries’ against turning Yemen into a battlefield after the murder of Qassem Soleimani.

The key trend in the literature of international relations suggests that mercenaries could be defined as "anyone who is specifically recruited, whether domestically or abroad, in order to engage in an armed conflict, with the desire of achieving personal gain as the primary motivation behind participating in hostilities, and they are actually promised, by a party to the conflict, a financial reward or a compensation.”

The latest escalations in the Libyan war interactions have shed light on the role of mercenaries in the regional armed conflicts, which resulted in complicating political settlements, and escalating tensions and conflicts of interests between regional and international powers, which can be explained as follows:

1. Conflicts between international and regional powers: conflict escalated between Turkey and France due to the stance of the former regarding the Libyan crisis, especially after the Government of the National Accord (GNA) led by Fayez Al-Sarraj has signed the two memoranda of understanding. The first of which addresses the delimitation over maritime boundaries in the Mediterranean, and the second one is associated with security and military cooperation. The second memorandum paved the way for the Turkish involvement in the war between the forces of the Libyan National Army (LNA), led by Field Marshal Khalifa Haftar, and the armed militias supported by the GNA, claiming that they are “protecting legitimacy.” Paris had previously condemned the two memoranda, as the first one represents an infringement of the rights of the other riparian parties, which have demarcated their maritime borders, such as Greece, Cyprus and Egypt, while the second one has led to fueling war and turning it into an open regional conflict.

In this regard, the French President Emmanuel Macron, accused the Turkish President Recep Tayyip Erdogan, on January 29, 2020, of "breaching the agreement to halt foreign interference in Libya." He further stated that; “these past few days we have seen Turkish warships accompanied by Syrian mercenaries arrive on Libyan soil. This is a serious and explicit infringement of what was agreed upon in Berlin.”  Macron expressed his "acute concerns over the arrival of Syrian and foreign fighters in the city of Tripoli," in the Berlin conference. He said that such interventions must end.

According to President Macron's view, what Turkey is doing poses a threat to the security of European countries and the Sahel-Saharan States in Africa, where Paris plays a key role through the ‘Operation Barkhane’ aiming to fight terrorist organizations in Mali, Niger and Burkina Faso. Furthermore, the fall of the Gaddafi regime, the expansion of armed militia’s activities, and the augmented role of organized crime groups have turned Libya into a harbor for terrorist organizations, which explains the French denouncement of the Turkish interference and the enhancement of the French-Greek security collaborations. This is aside from Paris' stance of rejecting Ankara’s joining the European Union. Furthermore, Paris has also been the most critical of all the European countries for Turkey's military operations in Afrin and Northeastern Syrian. In addition, Paris regularly condemns Ankara's threats to open its European borders to migrants and refugees.

2. Mutual hostility between the ‘Syrian Democratic Forces’ (SDF) and Turkey: the latter targets the SDF and such attacks reached its peak with ‘Operation Peace Spring’ launched on Northeastern Syria, on October 9, 2019. Turkey sought to reduce the Kurdish influence of the Kurds on its direct geographical borders, as they claim that the SDF to be "a terrorist group" threatening the Turkish national security.

On January 21, 2020, the Syrian News Agency (SANA) reported what it quoted from civil sources stating that “Turkey is exerting pressure on the terrorists and mercenaries under its command in Hasaka and Raqqa countryside in order to force them to join the groups sent by Erdogan’s regime to Libya to fight there .” It further explains that the Turkish forces deliberately cut the salaries of mercenaries, who are reluctant to join the battles in Libya, and resort to forced recruitment of the deportees who are in the prisons they have set up within the Syrian lands.

Mustafa Bali, a spokesperson for the ‘Syrian Democratic Forces’, declared in statements to the press on January 25, 2020: "Turkey has transferred around six thousand mercenaries to Libya in order to fight alongside the GNA’s militias.”. He further explained saying, “the majority of those mercenaries either belong to Ankara’s allies from the Syrian armed factions, or militants of the Muslim Brotherhood."

3. The persistence of Turkey's policy aiming to disturb Libya's neighboring countries: the statements given by the Interior Ministry in the GNA’s government, Fathi Bashagha on January 22, 2020, affirm the presence of pro-Turkish mercenaries in Tripoli. He stated that "his government signed an agreement with Turkey in relevance to security, training and support, and of this support entails the presence of forces that we use to defend Tripoli". Furthermore, one of the founders of "Tripoli Brigade” stated on January 25 that, “instead of Turkish President Recep Tayyip Erdogan sending his troops to fight in the Battle of Tripoli in accordance with the agreement signed with al-Sarraj, , he agreed to provide them with mercenary fighters."  Some estimates issued by a few Arab media outlets indicate a significant increase in the number of mercenaries in the battles within the Libyan capital.

4. The Houthi militia and the Islah party use African mercenaries to prolong the war in Yemen: the Houthi militia has recruited mercenaries in the Yemeni conflict. Such mercenaries were used by the Islah Party against the Southern Transitional Council. Mercenaries in the Yemeni conflict are deemed as "fuel" for battles considering their abundance and low cost, especially the militants coming from African countries, including children, and with some of them being associated with terrorist organizations, or being irregular, particularly from Somalia, Ethiopia and Eritrea.

5. The warning of the Yemeni government to Tehran’s mercenaries against turning Yemen into a battlefield after the murder of Soleimani: Moammer Al-Eryani, Yemeni Minister of Information,  warned the Houthi militia in a tweet on Twitter January 5, 2020, stating that: “We warn Tehran’s mercenaries, the “Houthi militia,” against the consequences of turning Yemen into a theater of Iranian - American conflict, and endangering the interests of Yemen and Yemenis.” He also warned the Houthis against using Yemen and its people as “scapegoats serving the goals of the Iranian regime and and its destructive policies in the region.

The minister in his tweets was referring to the statements made by the Houthi leaders stating that “since the moment Soleimani and Al-Muhandis’ killing was announced confirms their willingness” to use Yemen as a base for retaliation. He also pointed out that  “the Yemeni people suffer real hardships, and are still paying the price of Houthi militias’ Coup, and the attempts of the Tehran regime to turn Yemen into a platform for targeting neighboring countries and threatening maritime security.”

In short, cross-border combat groups or mercenary soldiers will remain to be a source of threat to the security and stability of not only the hotbeds of Arab armed conflicts, but also to their “neighboring countries.” This issue needs to be addressed in the upcoming Arab-European summit, considering the intensity of threats, which the Mediterranean countries are encountering at the present stage.