The cost of international military intervention in the Middle East 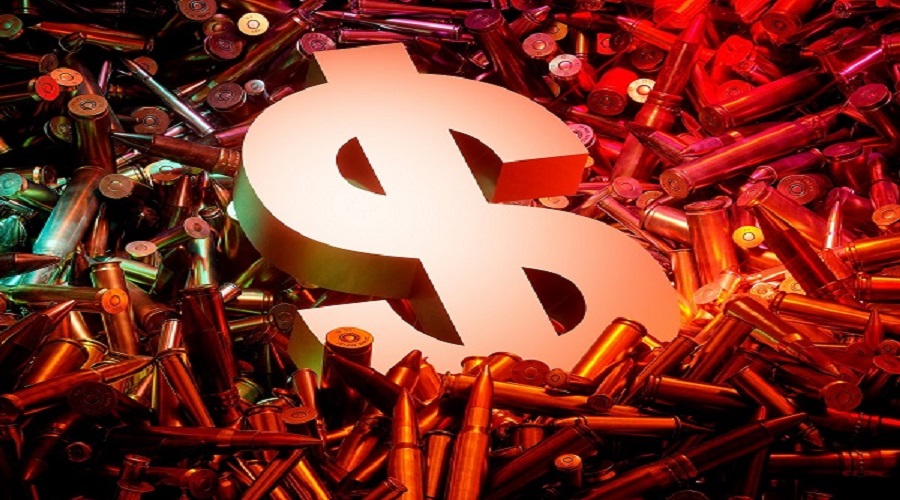 Over the past few years, many international powers have participated in limited or extended military operations in the Middle East. This has been either to confront the rising influence of terrorist organizations or to support their allies further. Direct military intervention aside, international powers – especially the United States and Russia – have provided wide-scale support, such as training, logistics, and military equipment to allied armies and militias in the region. Even with this wide-ranging support, the cost of military intervention by international actors has remained relatively low compared to the cost of previous military incursions in the region, such as the US war in Iraq. This, however, does not mean that the costs will increase going forward. There has been a tendency for international actors to lean more towards providing military supplies, training, and logistical support to stop the spread of terrorist organizations.

Factors behind the spending

The cost of military intervention by international powers in the Middle East is determined by two main factors: the range of the intervention and its method. The range of intervention can be divided into two main categories. First, there is limited intervention, such as the intervention by NATO in Libya in 2011 to bring down the Qaddafi regime. NATO’s military operations lasted for only eight months, from March to October 2011. Thanks to the division of costs, the expense on each NATO member country was substantially lower.

In spite of that, the US still paid the lion’s share of the cost for the intervention, reaching $2 billion, while the UK and France paid approximately $419 million and $489 million, respectively. France’s involvement in Mali is another example of limited military intervention, starting in January 2013, and lasting just under four months and costing about $113.2 million according to statements by French Defense Secretary Jean-Yves Le Drian.

Second is extended intervention, expressed in wars against terrorist organizations like ISIS. This kind of intervention is by nature more expensive due to the spread of ISIS in vast areas of Iraq and Syria, as well as the military experience of some of its members, requiring a larger scope of military operations. In light of that, US Department of Defense data shows that the cost of fighting ISIS came in at about $8.4 billion for the period between August 2014 and July 2016, an average daily cost of $11.9 million.

In contrast, the cost to the UK – which carries out missions as part of the international coalition that includes armed missions, training, and consulting – reached about $316.9 as of the end of March 2016. This shows that the US has paid the lion’s share of the cost so far, putting in the most military forces and equipment.

Similarly, Russian President Vladimir Putin pointed out in March 2016 that his country had spent about 33 billion Rubles – the equivalent of $478 million at the time – in the seven months since announcing increased military involvement in Syria as of September 2015. Analysis by other groups shows the cost may be even higher than publicly announced. Analysis by the Russian group RBC indicates that the daily cost of the Russian intervention was estimated at approximately $3.3 million a day, totaling $546 million (38.4 billion Rubles). Meanwhile, the above estimates seem to be lower than those given by the British Royal United Services Institute in December 2016, which estimated the daily cost of intervention at about $8 million, raising the total estimate to about $1.6 billion.

The cost of Russian intervention seems to be far lower than that of US intervention. However, many believe that expensive military provisions are crucial to achieving military goals. With international backing, for example, the allied intervention has led to ISIS losing 40 per cent of its land in Iraq and 20 per cent in Syria so far.

Others believe that the loss of land for ISIS is not directly correlated with the goal of stopping the spread of terrorist organizations or limiting their financial resources. There is no direct relationship between military spending and the chances of success for a military operation. The success of the international coalition against ISIS is dependent on several variables, such as limiting the group’s finances and liberating the land it occupies.

As for the methods of intervention, it is safe to say that, besides air strikes against terrorist group targets, they include other missions such as limited land intervention, intelligence missions, and training allied forces. Intervention methods can be classified by their direct or indirect cost.

Air strikes against terrorist groups are the most expensive part of military intervention, with the US Department of Defense data showing that it carried out 10,826 airstrikes in Iraq and Syria: 6,393 in Iraq and 4,433 in Syria. The numbers show that the US leadership has focused 58.3 per cent of its air strikes on land targets in Iraq so far due to the concentration of a lot of ISIS’s financial and military assets in the northern region of Iraq. With that, US Air Force missions took up 44 per cent of the total cost of American intervention, costing $3.7 billion.

The situation is similar on the Russian side. Since the beginning of the military intervention, Russian air strikes in Syria have taken up the largest share of the cost, reaching $4 million a day according to HIS Jane’s data.

As for other expenses, the US military has continued to provide logistical and intelligence support, in addition to training programs for the Iraqi forces, moderate Syrian groups, and the Kurdish militias. In January 2015, the US Army started training the Iraqi army, with about 3,550 US military personnel in Iraq and 700 in Syria.

On the other hand, the British Department of Defense announced in June 2016 that it would add 50 military trainers at the Assad air force base in Western Iraq, bringing its total contribution to the Iraq training program to over 350 personnel. Meanwhile, France carries out training and consulting missions in Iraq and Syria to the tune of about 1,000 personnel. In an interesting indication of carrying out intelligence missions in the region, French President Francois Hollande announced in July 2016 that the three members of the French military who were killed in Libya were on intelligence missions.

In parallel, however, there are indescribable costs incurred by international forces due to human and material losses that should be counted along with the direct costs. For example, Russian military equipment has been damaged in various instances, such as the downing of the Sukhoi SU-24 plane in November 2015 and the Mi-8 helicopter in early August of this year. Add to that the compensations paid to the families of casualties, which reach about 3 million Rubles in Russia, equivalent to $47 thousand.

Current costs aside, it is safe to say that, in light of the insistence of international forces to settle its war with ISIS or, at the very least, incur the most losses, the cost of their military interventions will only increase. This is not only thanks to the rising frequency of airstrikes but also by providing enough support to Iraqi forces and the Peshmerga Kurdish militias, whether as training or other support services, to free the Iraqi cities still held by ISIS.

On the other hand, Russia continues its intervention in the Syrian war to affect changes in the balance of power to benefit the Assad regime. This is evident after the announcement of using Tupolev 22m3 bombers and Sukhoi 34 fighters from the Noga air force base in Iran to strike inside Syria. Despite the fact that this particular mission is now complete, it is not any less likely that Russia will increase its military participation in addressing the field and political changes in the Syrian crisis.