Why Does Al-Shabab Attack Kenya? 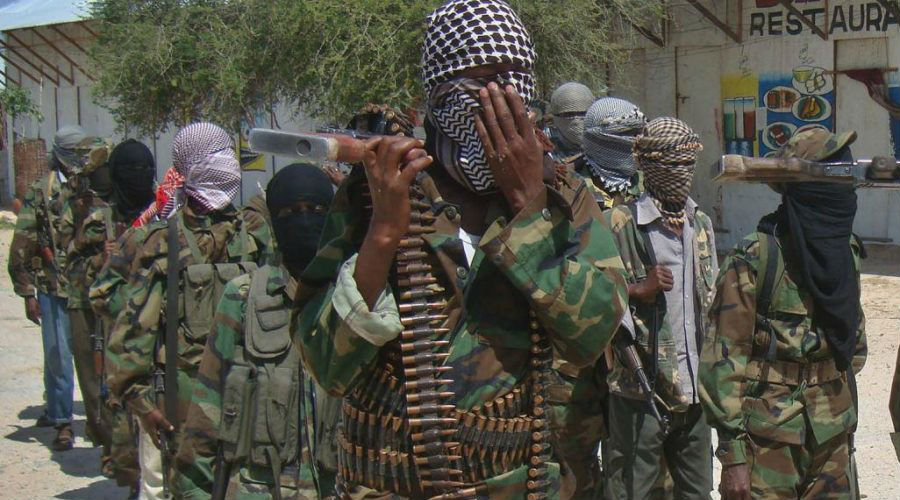 The Somali-based al-Shabab al-Mujahideen movement has stepped up its terrorist attacks on neighboring countries, chiefly Kenya. Such attacks have receded over the past three years, amid the movement’s focus on targeting police and military forces in Somalia. However, the recent terrorist operation launched by the movement’s affiliates in the capital, Nairobi, on January 15, 2018, which hit the Dusit-D2 complex, housing a hotel and offices, killing around 15 people and injuring a similar number, raises numerous questions about the motives behind targeting Kenya again. This comes at the time when numerous analysts suggest that the movement will more likely intensify internal assaults on the Somali security and military institutions with the aim of consolidating its influence and curtailing the activity of rival groups.

These terrorist attacks cannot be divorced from al-Qaeda’s attempts to assert its control and entrench its influence in Somalia, through al-Shabab al-Mujahideen terrorist movement, which has scaled up its operations to include, along with the targeting of government forces, expanding charcoal smuggling with a view to increasing its financial resources and beefing up its ability to attack neighboring countries. In this context, it can be argued that several motives have led the movement to focus on targeting Kenya at this time, the most prominent of which are the following:

1- Exerting pressure on Nairobi: Kenya has been one of the major African countries involved in the political and security developments on the Somali scene in the past period. This is evident in its participation in military forces, as part of the African Union Mission in Somalia (AMISOM), prompting al-Shabab to issue several statements warning Nairobi of the repercussions of its policy in dealing with Somali internal affairs, calling on it to pull its forces out of the country.

In April 2015, the movement threatened Kenya that it would face a “fierce war” if it did not withdraw its troops from Somalia. However, the Kenyan government insisted on participating in AMISOM to confront the terrorist operations of the movement and weaken its ability to target Nairobi’s interests or threaten its national security. In addition, Kenya held discussions with neighboring countries on how to deal with Somali developments, such as the meeting between Kenyan President Uhuru Kenyatta and Ethiopian Prime Minister Abiy Ahmed in May 2018, in which they agreed to cooperate in fighting al-Shabab.

Accordingly, many analysts suggest that the movement’s recent attack is meant to send a message to Kenya and other countries, involved in the Somali crisis, that they must cease their continued participation in AMISOM and backing to the efforts of numerous parties to bring political and security stability in Somalia. On the other hand, al-Shabab believes that any withdrawal of those forces would enhance its position, because it would move to fill the ensuing void.

2- The border problem: In addition to increasing its military engagement in Somalia, Kenya embarked on building a border wall, but it faced many obstacles, foremost among them is the porous border region between the two countries, due to its geographical nature. This poses numerous difficulties for the Kenyan authorities which are trying to establish full control over the area, particularly that the Somali authorities haven't established similar control. In turn, al-Shabab is constantly trying to exploit that situation to penetrate the border and stage terrorist operations inside Kenya. The movement has even stepped up its illicit trade across those borders to secure greater financial resources to continue its terrorist activity.

3- Internal support: The latest attack demonstrates that the movement has likely succeeded in forming numerous terrorist cells in Kenya, which enabled its commanders and members to prepare for such operations, given the support they receive from those cells, particularly information on the locations to be targeted. Based on that, the movement may try to launch similar terrorist operations in the coming period.

The Kenyan Police Chief described the latest operation as “a coordinated attack”. Therefore, the neighboring countries will likely take stringent security measures to thwart any possible attacks by the movement.

4- Strengthening external influence: Al-Shabab is one of the most important affiliates of al-Qaeda in East Africa, which is keen to consolidate the latter’s influence, which in turn seeks to create new spheres of influence within the African continent by expanding terrorist attacks inside and outside Somalia, which could enhance its ability not only to attract new terrorists to its ranks but also to rival ISIS.

In conclusion, the recent attack by al-Shabab on Kenya suggests that the movement will intensify its operations outside Somalia, which means that the Horn of Africa is in for considerable political and security challenges.