Why Did India Exempt the Iranian Oil Payments from Taxes? 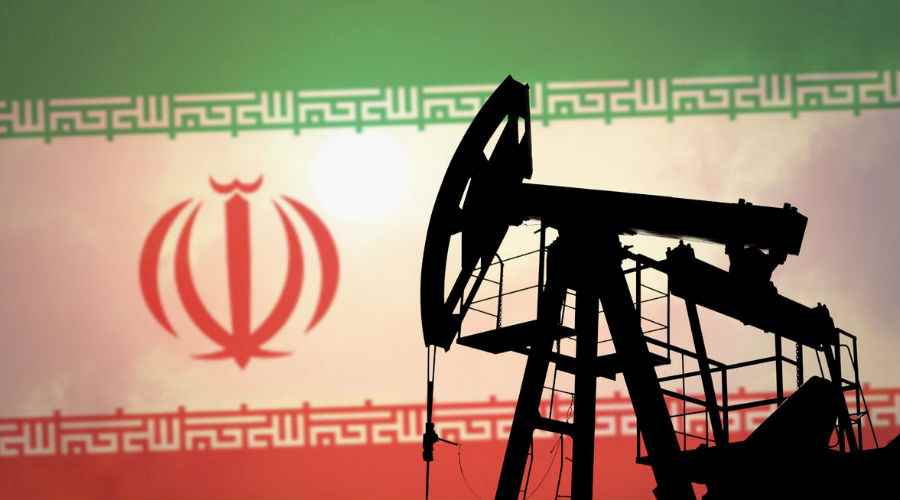 India has recently exempted Iranian oil payments from taxes and fees, in a move aimed at fostering its relations with Tehran, in the wake of the US temporary waivers, in November, to India along with seven other countries from the sanctions on Iranian oil imports, in order to be able to develop the Iranian port of Chabahar. The US waivers have allowed India to resume trade and investment relations with Iran, albeit in a limited manner. However, despite the expected gains, economic relations between India and Iran will hinge on the extent to which the US administration will renew the waivers granted to the eight countries, to continue buying Iranian oil after the current grace period expires.

India is making strenuous efforts to expand its economic relations with Iran, following the actions taken by Washington, particularly with regard to granting a grace period for the purchase of Iranian oil, provided that bilateral transactions are settled in local currencies not the dollar.

Under the US sanctions, Iran is banned from conducting financial transactions directly with the countries of the world, including India. Accordingly, the Indian and Iranian governments agreed, in last November, to deposit Iranian oil import payments into the Iranian-owned UCO bank in Indian rupee.

In a further effort to revitalize relations with Iran, the Indian Ministry of Finance agreed, on December 28, to exempt its purchases of Iranian oil, deposited for the National Iranian Oil Company (NIOC) to the UCO bank, from a tax and fee of 42.5%, which were mainly levied on foreign companies’ funds deposited in Indian bank accounts.

Although the tax exemption covers only crude oil and does not apply to Indian imports of other commodities such as fertilizers, liquefied petroleum gas (LPG) and wax, the move is important to raise the level of trade between the two countries, which has been affected in the past months by US sanctions.

In addition, India Ports Global Ltd (IPG) has recently begun to develop the port of Chabahar, after the US administration granted a waiver to India in November to invest in the project. The Indian company has already taken over the operations of the port since last December, under a contract with the Iranian government setting the duration of the port’s management by the Indian company at 18 months, which can be extended to 10 years thereafter.

The US exemption allows India to extend a railway line from the port of Chabahar to Afghanistan and shipping non-US-sanctioned goods, such as food and medicine to the latter, a project designed to establishing a transit route for goods between Iran and India to Afghanistan.

The previous moves are likely to bring two significant gains for India and Iran:

1- Reviving trade: The tax exemption approved by the Indian government by the end of last year allows Indian refineries to settle late payments of $1.5 billion in favor of the National Iranian Oil Company, payments which have been accumulated since the US re-imposed sanctions on Tehran last November, because sanctions have put a freeze on payments. When these payments are settled, Iran will be able to use the funds in rupees to cover a range of expenses, including imports from India, the costs of its diplomatic mission and Iranian students in India.

Meanwhile, the procedure will encourage refining companies to resume imports from Iran, which will bolster the latter’s presence in the Indian oil market, after falling from the third to the sixth place in the India oil supplier list.

On the other hand, India’s development of Chabahar port on the Indian Ocean is likely to provide a route for Indian goods not only for Afghanistan but also for the Central Asian region, which will support the ambitious Indian project to launch the so-called the International North–South Transport Corridor (INSTC). The INSTC is set to establish a network of land and sea routes to transport Indian cargo from Western Indian ports to the port of Bandar Abbas in Iran, and then to the markets of Russia, Europe and Central Asia.

2- Launching joint investments: The Indian decision to exempt Iranian oil payments from taxation may provide Iran with greater financial surpluses that Tehran may utilize in several investment projects in the Indian market. In this context, the Indian Oil Corporation recently said that Iran will most likely participate in the development of a refinery for the Chennai Petroleum Company.

Chennai Petroleum is to invest $5.1 billion in the development of the Nagapattnam Refinery in the southern state of Tamil Nadu to boost its capacity to 180,000 barrels per day, compared with the current 20,000 barrels.

Iran’s projected $218 million investment in refinery development is based on the fact that Iran’s Intertrade Company Limited is currently an investor in the refinery with a 15.4% stake in Chennai Petroleum, while the Indian Oil Corporation has about 52%.

Moreover, Iran can also invest the funds in other areas, such as Indian government bonds, according to numerous Indian analysts, who point out that Iran can use its funds in wider areas, unlike the previous round of US sanctions in 2010, when it was only allowed to use the funds to import from India.

Apparently, India’s resumption of its trade and investment relations with Iran-albeit limited- would not have been possible without getting an explicit approval from the US, following the waivers to resume purchase of Iranian oil and develop Chabahar port. In fact, this may stem from Washington’s desire to avoid the negative effects of sanctions on oil prices.

Furthermore, the development of Chabahar port comes in line with the US goals for supporting economic stability in Afghanistan, enhancing the Indian role in the Pacific as a rival to China, and at the same time undercutting Pakistan’s role in the Central Asian region and Afghanistan.

In conclusion, it can be argued that despite the gains that all parties can get from the US waivers, the US may decide not to renew the exemptions granted to India and other countries, which will diminish the importance of such gains in the coming months.