How Does Taliban Respond to the Calls for Negotiation? 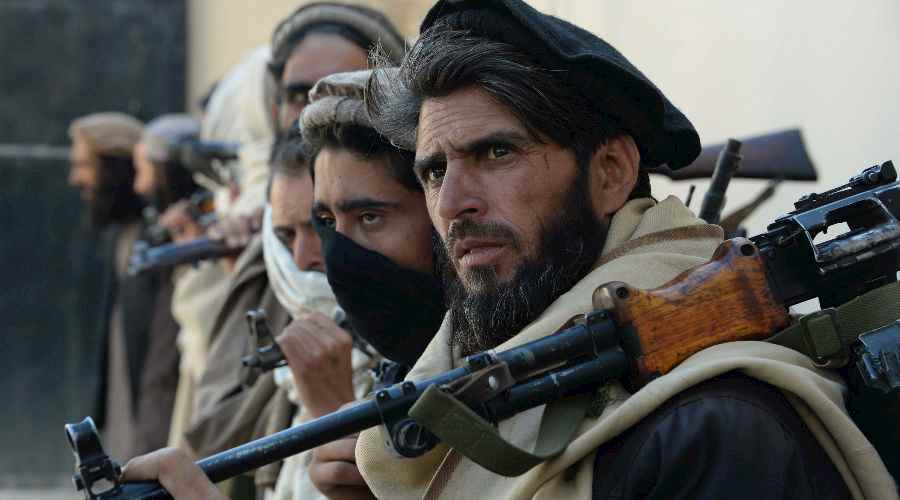 The Afghan Taliban movement welcomed holding talks with the US, after the US president Donald Trump’s administration has reportedly instructed its diplomats to set the plan in motion, albeit without specifying a date. This reveals that the immense pressure facing the movement at the present stage has forced it to backtrack on its previous position, which was to engage in an open conflict with its adversaries in Afghanistan.

Strikingly, in its statement issued on July 17, 2018, Taliban attached conditions to its agreement to negotiate. The most important of these conditions is to remove the names of its leaders from the sanctions list as a confidence-building measure prior to the talks. This raises many questions about the motives of the movement for accepting these talks and its ability to persuade its members who oppose this move.

It can be argued that the nature and make-up of Taliban enhanced its ability to be open to negotiations with several international powers such as Iran, Russia and China. Over the past period, the movement has been keen to adopt a flexible policy to deal with the realities brought about by sudden developments on the internal and external arenas.

That is why earlier tension between Iran and Taliban did not prevent the latter from appointing an envoy to Tehran after the killing of its former leader Mullah Akhtar Mansour in 2016, while he was returning from Iran to Afghanistan. That step seemed contradictory to the numerous reports that did not exclude the possibility of Iran’s involvement in the assassination, which, according to many estimates, indicates the movement’s willingness to change its policy towards Iran at that particular time.

Taliban was also keen to set local objectives focusing on controlling power in Afghanistan, or at least playing a prominent role in the political arena, although it had employed the same terrorist instruments of other terrorist organizations, such as ISIS and al-Qaeda.

Despite the numerous strikes, Taliban still has significant military and organizational capabilities, which enabled it to stage multiple terrorist operations, such as the two simultaneous attacks on 9 July 2018, in the Kunduz and Farah in northern areas of Kunduz, which left 19 soldiers dead.

Taliban’s willingness to engage in negotiations with the US can be attributed to several motives.

1- Enhancing the opportunities for participation in political arrangements: At the present stage, Taliban is seemingly seeking to bolster its capacity to take part in the efforts of the many regional and international actors to conduct new negotiations to bring about a political settlement to the Afghan crisis and support political stability and security. Therefore, it endorsed the statements made by some officials, which called for its involvement in the settlement efforts, such as the Russian Foreign Minister Sergei Lavrov, who, on 11 June 2018, expressed Russian support for the “efforts made to hold talks between Taliban and the Afghan government”.

However, this is inseparable from the mutual accusations between Russia and the US over providing support for the movement, with Lavrov saying that NATO forces are not acting transparently in Afghanistan, implicitly referring to US support for Taliban. Lavrov’s remarks came after the accusations made by General Curtis Saakashvili, NATO Supreme Allied Commander, at a congressional hearing on 23 March 2017, that Russia provided the movement with supplies.

Yet, Taliban’s participation in the settlement efforts hit hurdles related to the multiple violations it has committed in the past, as well as its continued terrorist operations against the opposing parties and the divide between its leaders and cadres on how to deal with these efforts.

2- Easing off the pressures: Taliban has been under tremendous pressure during the past period, because of the ongoing armed confrontations with the government and international forces, which cease during temporary truces.  Another reason are the attempts of the Islamic State in Khorasan — or ISIS-K, to bolster its influence and extend its presence in Taliban’s strongholds.

Hence, the movement believes that responding to the initiatives that crop up from time to time to continue settlement efforts could contribute to reducing these pressures and help it tackle other problems, such as the deep splits that arise between its leaders and members on some key issues. However, many estimates still argue that any possible involvement in these efforts will exacerbate internal splits within Taliban, as some of its cadres still insist on rejecting negotiations and refuse to take any practical steps.

3- Confronting internal accusations: By accepting negotiation, Taliban tries to confront the accusations leveled by many internal parties against it, as one of the main obstacles to the consolidation of political and security stability in Afghanistan.  Hezb-i-Islami leader Gulbuddin Hekmatyar urged Taliban on 29 April 2017, to end war, renounce violence and engage in politics, on the belief that the movement will not be able to achieve its various goals through its traditional mechanisms.

Nevertheless, many observers continue to warn that accepting the calls to negotiate may be just a gambit by Taliban to add to its bargaining cards without a genuine desire to make major changes in its policy. This means that it will remain a stumbling block in the way of reaching a political settlement to the crisis in Afghanistan