Abrupt Elections and its Effect on Ankara's Foreign Policy 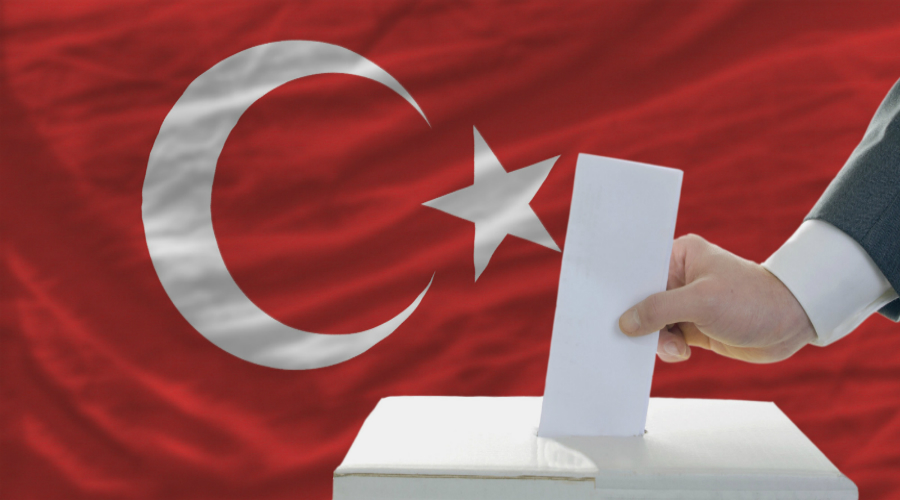 The Chairman of the Nationalist Movement Party (MHP) in Turkey Devlet Bahçeli decided in the party group meeting on April 17 to hold early elections in Turkey on August 26, 2018. After the opposition parties announced that they were ready for elections, Erdoğan, who met Bahçeli, decided to hold the elections earlier on 24 June.

Holding the presidential and parliamentary elections at an abrupt date, earlier than the scheduled date in 2019, has come to be an unexpected development in Turkey. It is because Erdoğan himself has also argued against the early elections and reiterated that it will be held on time. The reason why the abrupt election is critical has been shown by Bahçeli statement, "debates of political uncertainty and administrative vacancy are being escalated and a campaign targeting economic and political stability should have to be launched".  The significance of the early elections was argued to be for cutting the 'pre-made danger of economic and political operations against Turkey'. As a result of Erdogan's positive outlook of this call, the early election date has been fixed. Another critical development, along with the decisions of the early elections, was the AKP's founder and former President Abdullah Gül’s positive attitude towards negotiations on becoming an opposition candidate.

All these developments pose questions whether there will be serious changes in Turkish foreign policy after the Presidential elections. In this analysis we will try to test the impact of the coalition and the alliances, formed in the opposition and the ruling circles in Turkey aimed at the election of 2018, on Turkish Foreign Policy before and after the election.

After the failed coup attempt in July 15, 2016 was carried out by some cadres from within the Turkish Army who are argued to be connected to the Fetullah Gülen group (recognized as FETÖ-a terrorist group in Turkey), there have begun serious changes in Turkish foreign and domestic policies.

The operation Euphrates Shield implemented by Turkey in the northern Syrian district Al-Bab in 2016 and the later rapprochement process with Russia within this framework that begun with negotiations to resolve the crisis in Syria in the capital of Kazakhstan in Astana, give indications of serious changes to Turkish foreign policy. Increased military cooperation between Russia and Turkey, and the agreements thereby to purchase S-400 air defense system indicate the possibility of increased tense relations between Washington and Ankara.

The affirmative response from Washington to not of sending back the FETÖ leader Fetullah Gülen to Turkey after the failed coup attempt, and the continuous cooperation of the USA with the YPG/PYD in Syria in the name of liberating Raqqa might be the reason behind the deterioration of relations between Ankara and Washington. While all these developments are taking place, the ruling party AKP is seen to have changed its balance in Turkish domestic politics, preferring more cooperation with the nationalistic discourse and putting the cooperation with conservative and liberal circles in an edge.

In Turkish politics, the right-wing party MHP has been one of the important opposition parties to AKP in the last fourteen years. It was represented as a party in the Parliament after achieving more than 11.90% votes in the elections held in July and November 2015.

The alliance and victory of the April 16, 2017 Presidential referendum of the MHP and the AKP coalition automatically affected Turkish Foreign Policy. It has provided complete support for the AKP during the coup attempt against the government on July 15, 2016 and by using its authority in the army. The formation of an alliance between the two parties led to an increase in nationalism in the discourses and politics of the government. Of course, it was the Kurdish issue in Turkish foreign and domestic policies which was affected most. For example, the friendship relations with Barzani in Northern Iraq was also influenced by AKP's foreign policy. Therefore, we can say that the protection of national borders led to the revision of Kurdish policies in the Middle East. In other words,  in the last fifteen years, the AKP's cooperation with the conservative Kurds in the Middle East has been brought to an end.

With the referendum held in April 2017 that resulted in a 48.59% votes for the ‘No’ supporters and the winning of the AKP-MHP coalition with very little differences with the CHP, the IYI and the Saadet Party that are also in the "No" Coalition.  The No Coalition, along with the Democratic Party, formed the 'Nations' alliance in the upcoming parliamentary elections to be held on June 24.

The opposition’s hope, if not to win the presidential elections, is at least to constitute a majority in the parliament. By forming alliances with the big parties, the small parties’ barrage problems would be solved to enter the parliament and the votes would not go to waste. Thus, along with the last amendments made, if one of the allied parties crosses the 10% threshold, those who receive few votes can also enter the parliament. The opposition is trying to use this advantage to create cooperation between the right and the left. On the other hand, the reason why the alliance did not occur in the presidential elections is the leader of IYI Party Meral Akşener's expression for her candidacy and her firm commitment to it.

The result of making call to support former President Abdullah Gül by the Saadet Party, CHP and the IYI Party was inconclusive. As Abdullah Gül himself explained, there is no nomination for which consensus has been reached. Muharrem İnce, the Yalova deputy, has been nominated in the CHP. Temel Karamollaoğlu, the chairman of the Saadet Party, also claimed his nomination. Selahattin Demirtaş, who is a prisoner in HDP, advocates his candidacy too.

Assessing Turkish presidential and parliamentary equation to internal Turkish politics, it is seen that more nationalist votes are clustered in the ruling coalition which will further reflect on the country’s nationalist foreign policy. When it is looked at the Syrian context, the main difference between the opposition and the ruling party is revealed with the issue of negotiations with the Assad regime. The CHP and the IYI party clearly argue that negotiations should be made between Damascus and Ankara.

The second important issue is that both the opposition parties are closer to the secular line, and they are not cooperating with Islamist and conservative circles. Both CHP and IYI parties emphasize the importance of resolving problems raised in Turkish relations with America and being in the NATO alliance.

Thus, a close look at the inter-party foreign policy debates in Turkish Internal Politics reveal that there is no different discourse except emphasizing the establishment of the Ankara-Damascus relations and criticizing the co-operation of Islamist conservative groups. Of course, the opposition wants a solution to the Syrian crisis and the return of three million Syrians to their homeland. It is expected that only the Saadet party from among the opposition will follow more political Islamist tendencies and follow a conservative policy.