How Prisons Turn from an Instrument of Restraint to Terrorist-hotbeds 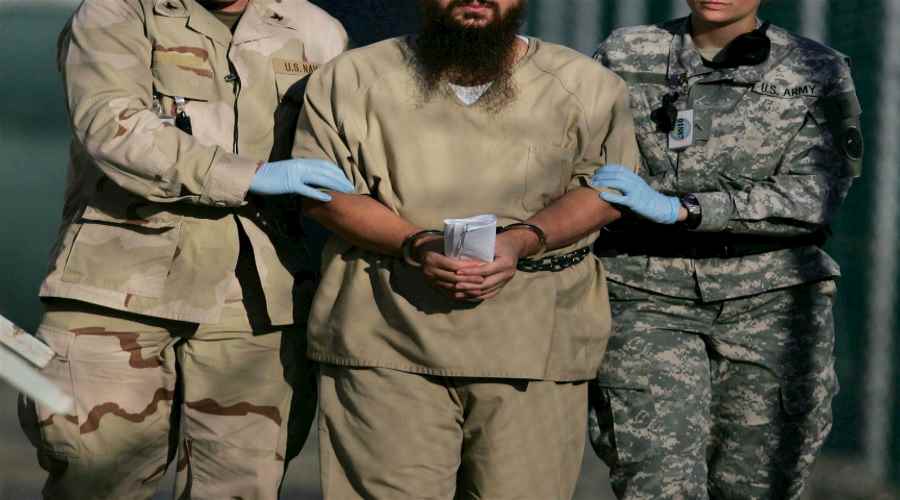 The discourse of distress and injustice, upon which terrorist organizations rely on -often- turn prisons from a mere state of isolation and defeat to a space that can be exploited to serve the goals and ideas of the organization. This discourse has caused a state of conflict with the authorities, which established prisons as an instrument for keeping society in check and mitigating threats to the state, through the detention of persons who constitute such threats.

The lesser the authority’s grip over prisons, the more terrorist organizations find opportunities to promote their ideas in prison cells in search of new recruits seeking a different life. Thus, prisons often become a breeding ground for spawning new generations of extremists to revitalize terrorist organizations. That is probably why the US expert on criminology, Harvey Kushner, assumes that Western prisons in the past years have become one of the main recruiting grounds for al-Qaeda.

Radicalization processes in prisons are linked to their context and structure as places of vulnerability that expose prisoner’s suffering due to social isolation and personal plight. Taken out of his social milieu, the prisoner quickly feels hollowness. Such feeling, at some point, amidst the new prison experience, may render him susceptible to extremist views.

Literature on extremism and terrorism assumes that prisons cause a traumatic experience, sometimes, which pushes individuals out of their traditional scope of life. Thus, the prisoners seek to search for a new, more radical discourse of life. In this context, the identification with extremist terrorist organizations may arise from a desire to find a new identity that give the individual’s life -from his point of view-a value, especially if this identity involves an opposition and a challenge to state authority and society. This provides such persons with opportunity to voice the perceived injustices in the individual’s perception.

Another aspect of radicalization processes in prisons relates to the need for physical protection. In some cases, prisons are highly chaotic, creating parallel entities to provide security for inmates. In such case, an individual, who has no prior extremism history, may resort to extremist groups to get the security he lacks. This idea has had its manifestations-for example-in the case of Western prisons and the emergence of the so-called Muslim prison gangs, based on religious affiliation, or in other cases on an ethnic basis. Such gangs provide their members with a strong sense of identity and loyalty, as well as protection from other groups in prison.

Although these gangs rarely include convicted terrorists and their members do not seem to have a good understanding of Islam, they may serve as hotbeds to recruit more extremist individuals. Narrow understanding of religion is likely to increase their vulnerability to extremist ideas, especially amid the heroic images, which are being crafted for terrorist leaders on the global scene.

The issue of turning inmates into terrorists inside prisons has become a problem for many governments in recent years. Several terrorist attacks have revealed a nexus between the perpetrators and their previous history in prisons. In this context, some Western reports indicate that Amedy Coulibaly, who carried out two attacks in Paris in January 2015, was radicalized while serving a prison term on charges of theft and fraud. Furthermore, some reports stated that Khalid Massood, who carried out Westminster attack in the UK in March 2017, was likely radicalized while serving his term in prison. Analysis of the relationship between terrorism and prisons calls for a focus on several interpretive approaches, as follows:

1- Extremist groupings: The interaction between extremist inmates and other prisoners reinforces the likelihood of such prisoners being radicalized. That is due to the diminishing awareness of the dangers of mixing prisoners from different backgrounds, as well as the pragmatic mentality governing many terrorist organizations, which employ prisons as a tool to recruit new terrorists and spread their ideas as widely as possible.

Andrew Thompson and Jeremi Suri published an article entitled “How America helped ISIS” in the New York Times in 2014. The authors revealed how inmates were turned into terrorists in the US-run prisons in Iraq following the occupation. The article assumes that the prominent leaders of ISIS, such as Abu Bakr al-Baghdadi, spent years in detention centers, especially Camp Bucca, which was run by the US in Iraq, and they recruited other inmates and spread the ideas upon which ISIS has relied later.

The US, according to Thompson and Suri, played a role in spreading terrorism inside Camp Bucca because it did not separate extremist prisoners from other more moderate inmates or those who have no prior extremism records.

The prisoners were separated along sectarian lines, which also allowed the extremists to spread their message and attract new members, hence Camp Bucca became a model for the process of recruiting a new generation of terrorists affiliated with ISIS.

2- The nature of radical organizations: Organizations vary in terms of their vision of the different members in prisons, and accordingly, the methods of interaction and the desire to recruit them. For example, al-Qaeda prisoners believe that it is their duty to spread their beliefs and ideas, thus they have “perceived” mission to turn other prisoners into faithful followers of the organization.

On the contrary, some organizations, like the Irish Republican Army (IRA), adopt a more refined approach in dealing with other prisoners. In prisons, the IRA hold a negative perception towards other inmates, viewing them as unreliable and undisciplined persons. The recruits from prison are considered a burden on the organization because they may distort its image as a movement seeking to achieve political goals. Therefore, literature on the IRA argues that the main objective of the movement’s prisoners was primarily focused on cementing the organizational cohesion and maintaining command structures with authority inside prisons. Hence, the objectives of the organization did not extend to recruiting new members.

The internal routes of extremism involve prisoners with extremist terrorist orientations, who are not separated from other inmates. The problem arises when these extremists seek to approach ordinary inmates, offering help and creating charismatic and spiritual leadership roles in the prison.

This pattern appears to have been present in the case of Amedy Coulibaly who, at the French Fleury-Mérogis Prison, got to know Djamel Beghal, who was serving penalty for conspiracy to blow up the American embassy in Paris. The relationship between Coulibaly and Beghal developed due to to the leadership traits of the latter, which he employed in convincing others to join terrorist organizations.

4- Chaotic prisons: This approach tackles the problems that plague some prisons, particularly due to the inadequate experience, understaffed, and overcrowded prisons, a common pattern in many countries. These conditions create additional pressures on prisoners and motivate many of them to join subgroups, some of which have extremist orientations. Such groups provide them with a degree of security or even access to some resources that are inherently scarce in prisons.

Overcrowded and chaotic prisons, which are difficult to control by the authority, pave the way for charismatic extremist leaders to exert some sort of authority in the prison community. They impose extremist belief systems on their followers of ordinary inmates who find in those leaders a model for building a new identity.

Despite obstacles hindering the efforts to prevent radicalization in prisons, several major trends have been identified in the recent years to confront this phenomenon, which can summarized as follows:

1- Reinforcing the capacities of the human resources responsible for the management of prisons and developing indicators for extremism to identify any form of transformations in attitudes inmates, and hence be capable of intervening early to address the phenomenon. These indicators in western experience usually focus on sudden changes in behaviour and religious beliefs, and indications of support for extremist issues and leaders. They further include finding extremist materials or even contacts with persons involved or suspected of involvement in extremist activities, as well as the public challenge of the authorities, which may include attempts to marginalize the clergy appointed by the authority or destroy the property and attack prison guards.

2- Strengthening the partnership between intelligence services and prison institutions, especially in the absence of adequate capacity in the prisons to control communications done in foreign languages and evaluating the content of books and video clips as well as the documents of external visitors. In this context, the US has developed partnership initiative between the federal prisons and the Federal Bureau of Investigation (FBI), to collect and exchange information on prisoners, and provide professional translators for prisons and information on extremist literature.

3- Bolstering the separation of extremist prisoners from other inmates to reduce the opportunities for communication. This trend has emerged in more than one country including France, whose prime minister, Edouard Philippe, announced last February a national plan to combat extremism, including several measures, such as toughening the procedures for the separation of extremist prisoners, doubling the number of cells for persons accused of extremism to 1,500, pledging to build 450 cells during 2018.

In short, although such measures may reduce radicalization in prisons, the risk of prisons spawning new extremists will remain possible. This is due to the evolving capabilities of terrorist organizations, or what Martha Crenshaw calls terrorist innovation, not to mention the abrupt and invisible changes that occur to some individuals, who have no prior terrorist history, hence perpetuating the authority’s impasse over the early detection of radicalization in prisons.