Have the Rules of Engagement in the Syrian Conflict Changed? 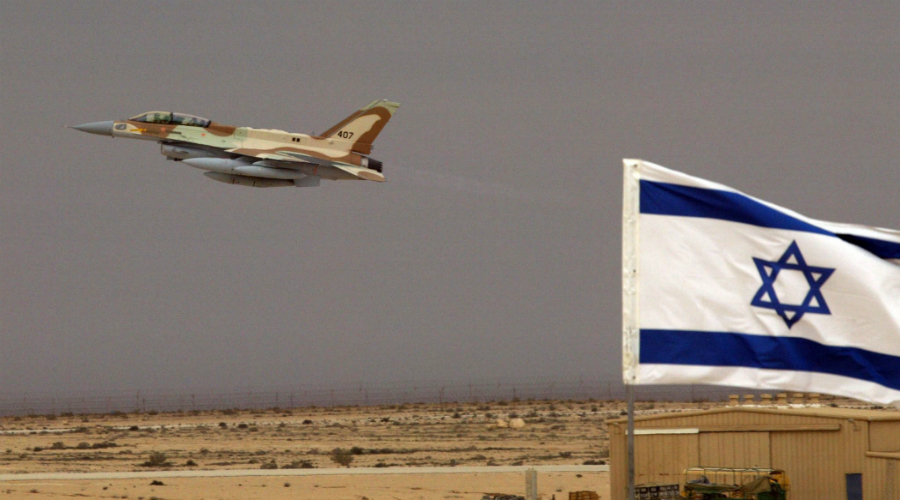 The motives that prompted Israel to launch airstrikes on several Syrian sites on 10 February 2018, following the shooting down of an Israeli F-16 fighter jet by Syrian air defences one day after Tel Aviv announced downing an Iranian drone in its airspace, have not changed. According to official statements and Israeli military estimates, the coming confrontation is only “a matter of time”. While Israeli official positions stress that the rules of engagement have not changed, other officials indicate that the rules of engagement are governed by four “red lines”.

On the other hand, the Iranian-led axis that includes the Syrian regime and Hezbollah exploited the incident to portray that it has put an end to the Israeli air superiority, despite the costly consequences on the Iranian and Syrian military infrastructure in the war torn country. This means that the last round of confrontation was just testing the limits of power and reactions between these parties.

Following a mini-cabinet meeting on February 10, the Israeli Prime Minister Benjamin Netanyahu, announced that Israel’s rules of engagement in Syria remain unchanged, but Israeli military positions and estimates may go in a different direction, according to two indicators:

1- Increased calls to counter the threats of Iranian presence: Some officials sought to focus on this issue following the recent incident. In an interview with the Times of Israel, Intelligence Minister Yisrael Katz said that “by striking key Iranian sites in Syria, Tel Aviv sent a clear message to Tehran that it would not tolerate an Iranian military foothold on its doorstep”, noting  that there are four “red lines” that Israel will not allow others to cross in Syria: the transfer of advanced weaponry from Iran to Syria or Lebanon, breaches of Israeli sovereignty, Iran’s attempts to establish military bases in Syria, and Iran building a local facility to manufacture missiles in Lebanon. “Israel has to deal with Iran as it has moved to its borders and has become an existential threat”, said Chagai Tzuriel, the director-general of the Israeli Intelligence Ministry.

2- Changing pattern and nature of preemptive interventions: Israeli military interventions in Syria in the past did not show that level of intensity, as with those relating to responding to Hezbollah’s arms shipments, especially transporting rockets to its storehouses since the outbreak of the conflict in Syria. The biggest Israeli military interventions in Syria took place in 2017. Several estimates indicate that Israel launched five military strikes, the latest one in December, targeting al-Kiswah area near al-Manee mountain. Analyzing the targets of these strikes shows that the Israeli strategy did not take into account the second “red line” identified by Katz, i.e. “breaching sovereignty”, which, after the last incident, turned into a new variable in testing the limits and power of both parties.

Most Israeli estimates suggest that Iran’s decision to use Syrian air defences was driven by the confidence gained by the axis it leads. This axis considers that it has achieved numerous objectives on the Syrian front in the recent period, prompting Israel to ramp up its attacks to an unprecedented level since 1982.

Therefore, the Iranian-led axis sought to spin the last strike to its advantage, to portray that the shooting down of the Israeli fighter puts an end to the Israeli air superiority. However, the Israeli reaction, according to other estimates, destroyed about 50% of Syrian defences, a heavy loss, which may double if the news about Israeli strikes targeting the Syrian command and control centers, prove true.

Dealing with the growing Iranian influence in Syria was a major focus of the recent visit by Israeli Prime Minister Benjamin Netanyahu to Russia, as Tel Aviv tried to focus on the Iranian threats to its security. However, some Israeli estimates suggest that Russia still has influence over Iran, which it can use if it has a genuine desire to restrain Iranian influence. Such views seem to be gaining special attention within Israel, as reflected in Netanyahu’s assertion that “Israel will not wait for Moscow or Washington to intervene to deal with threats coming from Syria”.

Although Russia was able to defuse the latest confrontation, there are numerous indications that the calculus of the allies in Syria is changing and that there are points of agreement and disagreement, the latter may widen at a later stage.

Israel may be pushing the envelope in the Syrian conflict, as expressed by the military and security leaders, who have indicated that Israel could soon finds itself a direct party in the conflict that appeared to be entering a new stage following the defeat of ISIS and after Israel has for seven years disassociated itself from widening its role in the Syrian war.

As for the Iranian-led axis, it may be argued that there are no clear motives for changing the rules of engagement in the conflict, as evident form the position espoused by Hezbollah in the aftermath of shooting down the Israeli fighter. However, this does not negate the fact that Hezbollah and its allies have become interested in boosting their military capabilities in Syria and Lebanon, which Israel seeks to obstruct, which in turn increases the likelihood of renewed confrontations between the two sides in the coming period.

Iran, the Syrian regime and Hezbollah, as well as their pro-militias, may be heading towards establishing a new axis that excludes Russia and focuses primarily on the possible confrontation with Israel. Such axis may be formed under new calculations which are closely linked to the possible escalation between Iran and the United States, given the new policy of the administration of President Donald Trump towards Iran.

On the other hand, the recent incident would prompt Russia to re-calibrate its field deployment at least, amid indicators that enhance the possibility of a renewed confrontation between Israel and the Iranian-led axis in the coming period, in view of the new developments in the conflict in Syria.

As for the Syrian military structure, official statements say that 12 targets were destroyed, 4 of which were Iranian and 8 Syrian. Despite the importance of the targeted positions, many estimates argue that they may not represent a significant obstacle to the regime with regard to the calculus of external engagement, especially if the regime decides to fire back at the Israeli warplanes that try to penetrate Syrian airspace in the future. However, it may not take such steps unless a decision is taken to wage an all-out and costly war, which faces several obstacles at present, at least.

It seems that the Iranian targets, hit by the Israeli airstrikes, were mobile ones. This will likely push Tehran to beef up its capabilities, in anticipation of any further escalation in the coming period.

In conclusion, it can be argued that the rules of engagement between Israel and the Iranian-led axis in Syria have changed. However, the starting point for a new confrontation would depend on the party that would initiate breaching the established rules and how far it comes close to the “red lines” identified by each party during the past stage, a variable that will play an instrumental role in drawing the possible rules of engagement for the warring parties in the Syrian conflict.