The Conflict over Regional Influence in East Africa 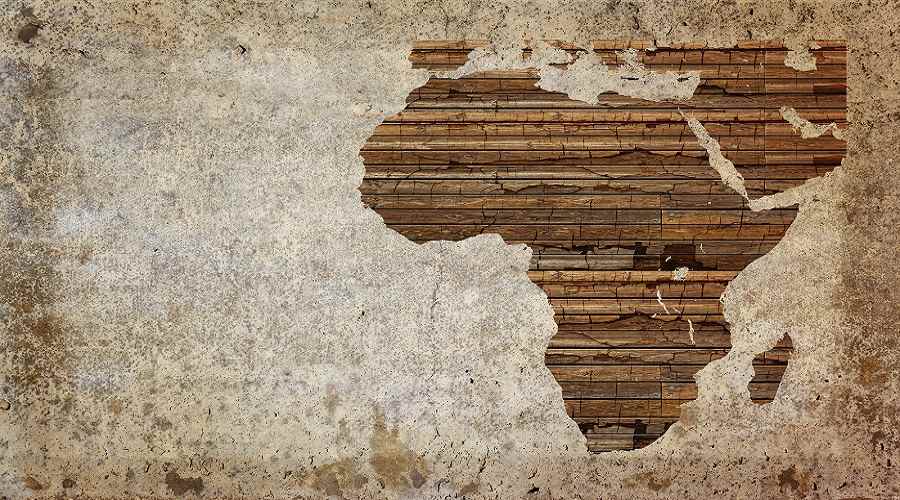 The significance of East African countries is growing in the geopolitics of the Middle East. Djibouti, Eretria, Ethiopia, Kenya, Somalia, Sudan, Uganda and Tanzania are generally distinguished for their internal fragility and their strategic position overlooking vital water passages that attract international and regional powers. Reasons behind the growing significance of interventions in these countries include Middle Eastern countries’ ambitions to expand their political and economic influence and deter security as well as geopolitical threats. Consequently, there are currently two active competitors seeking to gain a foothold in these countries that are well-known for their shifting alliances.

Regional and international competition is nothing new in this region, but it has recently been distinguished for the involvement of new parties, mainly Arab nations. Those nations are perhaps trying to be present in this vital area to serve their security and stability, and to besiege Iranian incursion, which is viewed as a clear threat to their national security. This is in addition to confronting an additional possible threat posed by Turkey’s growing role that has plenty in common with the Persian threat.

Now that Arab countries have gotten involved, the map of international and regional competition in East Africa includes major players, namely; Iran, Israel, Turkey, Saudi Arabia and the United Arab Emirates. This is in addition to the US and China, in addition to Egypt, though at a lesser degree. Thus, the region has turned into what seems to be a geopolitical chess board.

This article aims to highlight the size of regional mobilization in the region, especially in the Horn of Africa. It also aims to look into this mobilization mechanisms, as well as its impacts on Arab countries’ security amid Gulf-Iranian rift, the dispute between Egypt and Ethiopia and Sudan, and Israeli ambitions.

Regional Competition: Its Parties and Mechanisms:

As mentioned previously, the key regional players in East Africa are Iran, Israel, Turkey, Saudi Arabia and the UAE. Each country has its own mechanism. Some only rely on soft power through humanitarian aid, economic support and indirect influence, while others use stricter power which resorts to military presence that is based on their own strategic vision or the nature of threats.

Iran worked on gaining a foothold in the region, ever since the 1979 Islamic Revolution, in order to decrease its economic isolation and seek international allies. Tehran exploited the US’ failure to meet its obligation towards its African allies and the absence of an efficient Arab role.

Tehran further made deals with Kenya and Uganda and strengthened ties with Sudan, Eretria, Djibouti and Somali factions. It tried to be militarily present in the Red Sea, under the excuse of fighting pirates. It adopted different approaches of which the most important are developmental and humanitarian aid, and employing the religious card in some countries.

Iranian military presence in the region, specifically in Eretria has strategic characteristics, as Tehran aimed to have bases to train fighters near the center of its operations in the Middle East. Its presence there further facilitated its infiltration of Yemen, the backyard to confront its Gulf rivals. This helps Iran smuggle weapons and fighters via the sea, and allows it to overlook the vital Bab al-Mandeb Strait.

East Africa is of paramount significance to Israel, which has been working on improve its influence there to secure and strengthen its economic capabilities. It further aims to neutralize these countries at international organizations, when discussing the Arab-Israeli Conflict.

Israeli presence in the region can be clearly seen through Israeli officials’ visits to Uganda, Kenya and Ethiopia and vice versa. This pushed Addis Ababa, which is the center of gravity in Africa, to support Israel in seeking membership of the African Union.

Israel has strong presence through the security services’ companies that are active in the region. Israel supervises training security units and is militarily active via an espionage base. Tel Aviv also supplies submarines with fuel in the Dahlak Archipelago in Eretria.

After Turkey’s dream to join the EU has been shattered, and given its unstable relations with its surroundings, Ankara turned towards Africa. Ankara hopes to create a strategic depth throughout the continent, based on geopolitical calculations with economic and political dimensions. It used both, its soft and hard power.

Turkey resorted to several mechanisms when it turned towards East Africa, especially towards the African Horn countries. In addition to humanitarian and developmental aid, it engaged in military partnerships that include maneuvers with the region’s armies. It also signed security agreements with Kenya, Ethiopia, Tanzania and Uganda to train security forces in these countries and succeeded in attaining a military base in Somalia. It failed, however, in Djibouti, which includes military bases for international superpowers.

Turkey’s presence in the region has direct economic benefits and also helps support Ankara’s stances in terms of some regional affairs. It also provides Turkey with the chance to compete with Egypt in its vital for its strategic depth considering that it is a major rival of Erdogan’s regime, ever since the ouster of Mohammed Morsi’s regime in 2013.

Although East African countries, especially those in the African Horn are located near the naval passages that are strategic for Gulf countries and Egypt, Arab countries’ presence there came in late. It actually came at a time when the American administration’s approach is shifting towards withdrawing from its commitment to maintain regional balances; the US foreign policy adopted by the former Obama administration.

Arabs’ interest in the African Horn was clearly perceived in the Saudi and Emirati approaches as their multidimensional policies work on gaining more influence across the region. Moreover, Egypt, considering its geographic position has enough reasons, such as national security calculations, to not neutralize the region.

Gulf countries succeeded in ending Sudan’s alliance with Iran via strategic movements that began with shutting some Iranian cultural institutions that market Shiism. Then the joining of the Sudanese army in the Decisive Storm Operation in Yemen. Diplomatic ties between Khartoum and Tehran were finally severed following the attack on the Saudi embassy in Tehran in January 2016. Other countries in the region, like Djibouti and Somalia, followed Sudan’s suit. This clearly reflected the effectiveness of the Gulf role.

Sudan’s rapprochement with Gulf countries actually benefitted the former. Gulf counties made efforts in Sudan’s favor and eventually helped partially lift the siege imposed on it by the US. They also helped with developmental aid and contributed to decreasing the economic pressures the country was confronting.

Although Sudan altered its position in this regional game, it still has threads of communications with more than one party. Granting the island of Suakin to Turkey, for instance, may make Gulf countries raise plenty of concerns. Another alarming situation is that after it chose to be neutral in the conflict on the Renaissance Dam between Ethiopia and Egypt, Sudan decided to stand with the former.

The influence of regional parties that have ambitions in East Africa threatens Arab national security. Iranian and Turkish presence warns of tightening a siege on major naval passages used to transfer oil from the Arab Gulf to the US and Europe. Meanwhile, Europe has a problem with Ethiopia whom Sudan has sided with regarding the issue of the Renaissance Dam. Israel’s incursion is also dangerous, especially considering the close ties between Israel and Ethiopia.

Iran’s presence in Eritrea near Bab al-Mandeb Strait and the presence of its allies, the Houthis, in Yemen, reveal the characteristics of Iran’s strategy to tighten its siege on Arab Gulf countries. This is an imminent threat on the medium term. It is also possible for Iran to stand by Ethiopia in any possible conflict against Egypt. This makes its presence in the African Horn more sensitive.

Turkey’s presence through military bases and security and trade partnerships imposes several challenges to the Arab national security. These challenges must be taken into consideration. Despite relations between Gulf countries and Turkey, the pragmatic nature of the Turkish regime, when formulating any security strategy. It is not unlikely for Ankara to ally with rivals like Iran, especially that it is present in the Sudanese island of Suakin in the Red Sea. It also has a military base in Qatar, which means that centers that are vital for Arab national security are besieged by possible rivals during confrontations with Iran.

Turkey’s hostile stance towards Egypt since 2013 makes its presence in the region sensitive amid the crisis on the Renaissance Dam, which further complicates the scene especially that Sudan, Erdogan’s ally, has sided with Ethiopia.

Arab countries must thus take into consideration the importance of enhancing their presence in the region via a solid strategy that works on gaining the support of more countries where Iran still has a strong  foothold. They must also improve relations with Sudan to clearly include it within the official Arab axis or at least neutralize it from the Turkish axis.

The scene is definitely complicated, but current circumstances may be suitable to deal with it amid the strategic benefits which the Arab axis is making use of – benefits such as cultural rapprochement between African Horn countries and Arab countries. Meanwhile Iran is not at its best. It is suffering from weak financial capabilities, which it often used to tempt African countries. Its financial capabilities have weakened due  to its involvement in regional wars and not benefiting economically from the nuclear deal. This also affected Iran internally as for the first time since the 1979 revolution, popular protests erupted demanding to topple the regime of Velayet al-Faqih.

Finally, the current situation is still governed by international superpowers’ desire to maintain regional balances. This is simply due to these superpowers’ interests with East African countries. However, international stances must be based on the hypothesis that balances can change pragmatically. Arab countries within the concerned axis must take this into consideration and they must devise a comprehensive security strategy accordingly.