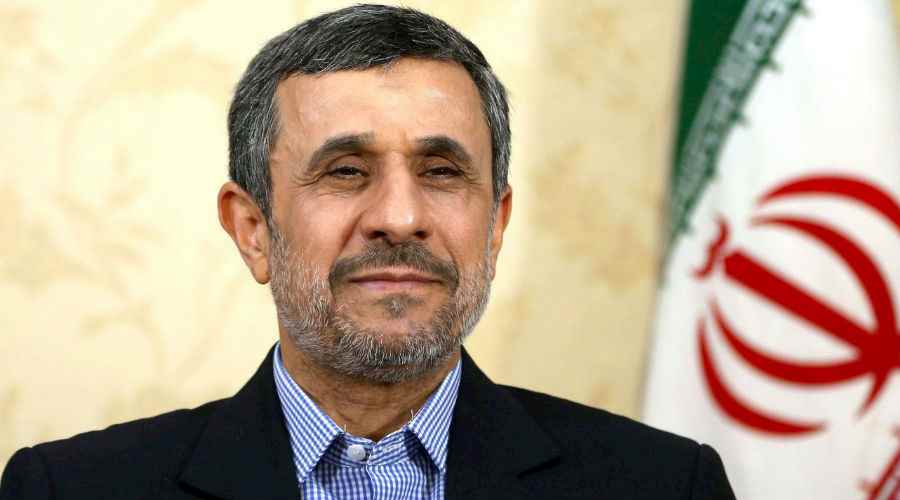 Political struggles between the government of President Rouhani and the opposing parties have flared up, as the two sides gear up for possible shifts in the internal balance of politics in the aftermath of the protests.

In this context, some members of the presidential team led by former President Mahmoud Ahmadinejad began to ramp up their criticisms of Rouhani’s government, in the past period, in parallel with Ahmadinejad’s appearance in some events that receive widespread media attention in Iran, such as the recent meeting of the Expediency Council, held on 21 January 2018, in which the supreme leader Ali Khamenei announced a decision to appoint him as a member.

This group made a request to the Ministry of the Interior to organize demonstrations denouncing the government policies. In tandem with this, it is leading a campaign in some cities and villages, away from the capital Tehran, to shed light on the economic problems caused by government policies.

Ahmadinejad’s group pursues numerous goals through the current escalation with the government, the most notable of which are:

1- Resisting the pressures by firing back at the government campaign, which tries to lay the responsibility for the current economic problems on the previous government, headed by Ahmadinejad, to divert attention from failing to increase the economic and technological revenues that Iran could obtain from the nuclear agreement.

In March 2017, Rouhani has already levelled accusations at Ahmadinejad’s government, saying that it “turned Iran back a hundred years in the Qajar era”, because of its populist policies, which increased inflation and unemployment, and raised the international sanctions imposed on Iran, because of its nuclear program, to unprecedented levels. The sanctions put restrictions on Iranian oil exports to major buyers, especially the European Union, beginning in July 2012 until January 2016, when international sanctions were lifted thanks to the nuclear deal.

After one hundred days into his first presidential term, Rouhani indicated that oil export revenues during the eight years of Ahmadinejad’s presidency (2005-2013) reached $600 billion, yet the latter left an estimated $67 billion in debt.

Rouhani also slammed the former government for its reluctance to tackle the rampant corruption in state institutions, evident in the collapse of houses built by the government of Ahmadinejad as part of Mehr social housing project in the aftermath of the earthquake in western Iranian cities on November 12, 2017. Hence, Ahmadinejad’s team delivered a strong counter-attack to Rouhani’s government accusations. It uncovered corruption cases in some Iranian banks, which involve government officials, thus placing the current president under immense pressure.

Therefore, many estimates show that Ahmadinejad's team was behind the revelation of the so-called “astronomical salaries”, paid to some government officials and employees, in mid-2016, which prompted the government to dismiss a large number of such officials, after several reports had revealed that some of them were receiving 17 thousand dollars a month.

Corruption accusations reached Hossein Fereidoun, the brother of President Rouhani and his adviser, who was arrested by the judiciary in July 2017, on charges of financial offences and abusing his public office in appointing one of his cronies as head of Bank Refah. However, this may be inseparable from another row between Rouhani and the head of the judiciary, Sadeq Larijani, who fiercely criticized Rouhani for his recent accusations at certain actions taken by the judiciary, particularly with regard to the issuance of arrest warrants against some political activists.

2- Planning ahead: Ahmadinejad’s team is bracing early for future elections, chiefly Shura Council elections in 2020 and presidential elections in 2021, in a bid to contain the defeats in previous ones, whether due to its failure to achieve significant results in the last two-stage Shura elections held in February and April 2016, or due to the exclusion of some of its leaders, mainly former president Ahmadinejad and his aide Hamid Baqai, from running for the last presidential election, in which Ahmadinejad sought to run against the supreme leader Ali Khamenei’s wish, who had advised him not to take that step.

This implies that Ahmadinejad seeks to bolster his political influence, which has declined over the past years because of his struggles with key figures in the fundamentalist conservatives and the Revolutionary Guards, as well as the close circle of Ali Khamenei that voiced reservations over his domestic and foreign policies during his office (2005-2013).

In other words, the former president is trying to expand his role within the regime beyond his appointment as a member of the Expediency Council. Ahmadinejad believes that the political sway of the Council has diminished after the regime’s moves to neutralize it during President Hashemi Rafsanjani's term until his death on 8 January 2017.

3- Garnering support: The close group of Ahmadinejad tries to dissociate itself from the recent protests for fear of being pressured by the regime, but meanwhile it seeks to use them to win the support of the lower class of society, as it did during the two terms of Ahmadinejad, who paid great attention to the lower class, helping his populist policies gain broad support.

The above mentioned may help explain the reasons behind the absence of major economic protests in Ahmadinejad’s era compared to the recent protests against the regime. The protests that erupted during that period was of political nature, led by the middle class residing in the capital, Tehran, and did not ensue from the problems facing the state, despite the unprecedented international sanctions. Instead, the demonstrators’ demands focused on expanding the scope of political freedoms and a review of the results of the presidential elections, as they questioned its fairness.

Based on that, Ahmadinejad has been keen to bring charges of corruption to Larijani family, especially Ali and Sadiq Larjani, head of Shura Council and the Judiciary respectively, since the corruption dossier is receiving special attention on Iran. These accusations prompted the Judiciary spokesman Gholam Hossein Mohseni Ejei to question the mental health of the former president. In light of current pressures, whether due to the protests or the mysterious paths of the nuclear deal, several festering struggles are looming large over Iran over the next period.