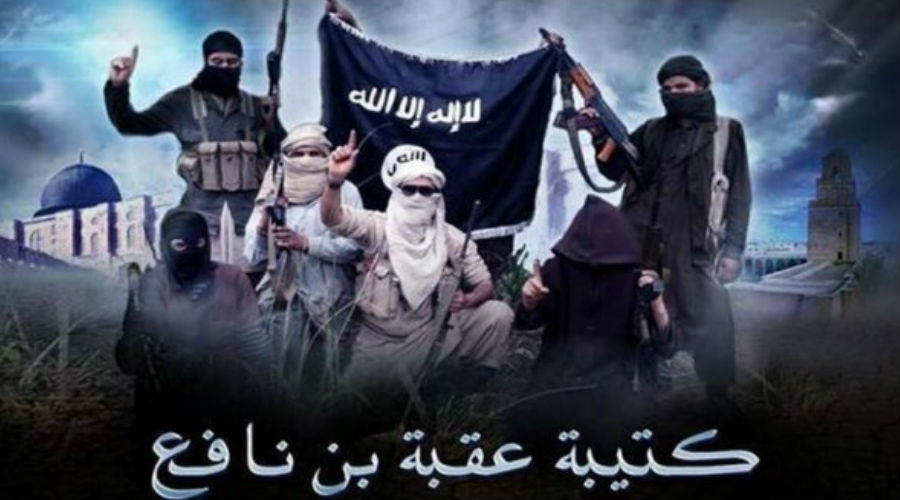 Tunisian security services recently succeeded in dealing strong blows to Okba Ibn Nafaa Brigade, including killing commander of the militant group Abu Sufyan al-Soufi in an operation launched by the National Guard on April 30, 2017. However, this has not deterred the terror group from carrying out more attacks on the country’s military forces. Most recently, on December 11, a landmine was detonated in Mount Chaambi killing a soldier and wounding six others.

The group’s ability to continue to carry out terrorist attacks despite ongoing military operations against it has raised questions as to the factors that prevent its elimination or even weakening its ability to carry out more attacks.

Recently, Okba Ibn Nafaa Brigade tried to send out media messages during military operations launched to eliminate its members. Interestingly, the Brigade released a video titled “The Lions of Kairouan” on December 3, 2017, through “Al-Andalus Foundation for Media Production”, the media outlet of the Al-Qaeda in the Islamic Maghreb (AQIM). In the video, the group showed some of its terrorist operations and militants while in training.

But what stands out in this context, according to some views, is that such videos convey counterproductive messages indicating a decline in the capabilities of the Brigade due to successive government security and military operations. In other words, the group was possibly forced to propagandize untrue claims not consistent with the realities on the ground to attempt to maintain its internal cohesion and draw support from other terrorist organizations. In particular, this coincides with attempts by al-Qaeda to restore its influence in North and West Africa.

Recent security operations were carried out by the Tunisian police and military forces to eliminate senior commanders of the Brigade such as Khalid al-Shayeb, Murad al-Gharsali and Abu Sufyan al-Soufi. The forces were able to impose tight restrictions on the Brigade, thanks to coordination with security services of other North African countries that enabled an exchange of intelligence about the positions and  locations of these terrorist organizations.

But these operations failed to completely eliminate the Brigade, which prompted Yasser Misbah, a spokesman for the Tunisian Ministry of Interior to state, on April 22, 2017, to emphasize that the Brigade continues to pose a threat in western Tunisia, close to the border with Algeria, and has foreign terrorists within its ranks. This can be explained as follows:

1- Organizational Structure. Although only an estimated 100 elements, along with hundreds of sympathizers, have joined the Brigade, compared to other groups affiliated with al-Qaeda, its commanders have always been keen to establish a clearly-defined organizational structure that specifies patterns and rules of relations between commanders and elements, the group’s general approaches as well as the goals it seeks to achieve.

That is why the Brigade was quick to promote some of its elements to fill the gap left by the death of its commanders, thus preventing an internal power struggle. According to several views, combat experience enabled the Brigade’s elements to carry out past attacks for which it claimed responsibility. This was the result of the Brigade’s keen interest in developing a training program to provide newly-recruited elements with sufficient combat skills to carry out its orders.

2- Terrorist Support. As an al-Qaeda affiliated group operating in North Africa, the Brigade drew funds for its operations from a range of sources. It reportedly receives funds from other groups spreading in the region, as part of AQIM’s interest in strengthening its affiliated groups to further leverage AQIM's influence across the region.

3- Small Cells. The Brigade is also interested in dealing with the issue of having a small number of elements by dividing them into smaller groups and cells that can move almost incessantly from a place to another thus avoiding surveillance and monitoring by security services.

4- Rough Terrain. The Brigade tries to take advantage of rough terrain of areas in which it operates to deal with raids by security services that would weaken its human and military capabilities, as well as to have vantage points for targeting police and army forces planning to attack its positions, as was the case in the recent raid on December 11.

5- Flexible Weaponry. Terrorist groups affiliated with the Brigade mostly use small arms and light weapons in their attacks. This, sometimes, gives them high mobility to avoid being spotted and tracked by security surveillance teams.

However, overall, the presence of these factors does not negate that escalation of pressure on the Brigade by security services, especially if coupled with ongoing security cooperation between the countries of the region, can impose difficult options on the brigade in the coming period, and perhaps weaken its capability and gradually mitigating its threats.