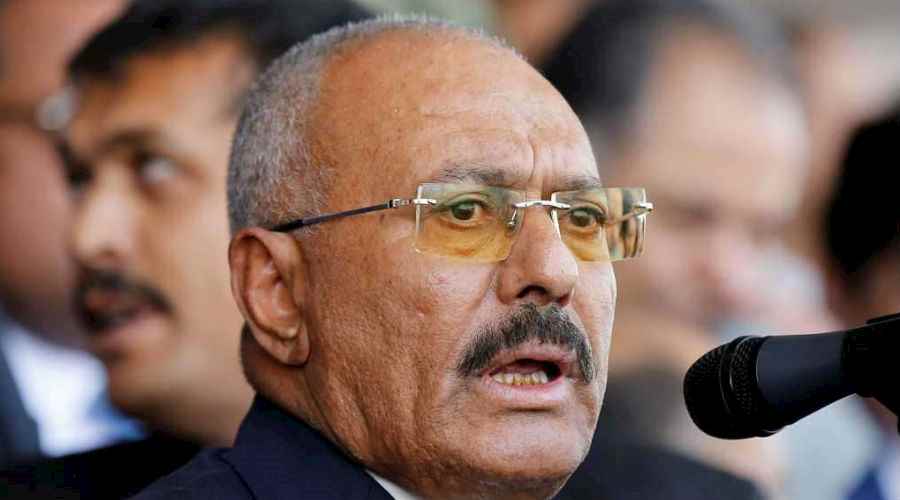 Unlike its behavior in other regional crises, Iran made no immediate reactions regarding the armed clashes which broke out in early December between Yemen’s rebel Houthis, also known as Ansarullah, and supporters of the General People’s Congress led by former president Ali Abdullah Saleh who was killed on December 4 by the Houthis. Iran remained silent for a while although it has always been involved in the confrontations and their potential repercussions on Yemen’s domestic balances of power and the trajectories of the political crisis.

Of note, Iran preferred to wait until it can get a better picture of the outcome of the clashes but allowed its major media organizations, close to the regime’s influential institutions, to express official and semi-official positions and even make thinly-veiled threats to concerned parties, in particular to  regional and international powers seeking to counter the negative impact of Tehran's regional interference.

Iran made no official reaction to the fast-paced interactions in Yemen. On December 3, Iranian Foreign Ministry Spokesman Bahram Qassemi called upon Yemeni political forces to initiate dialogue and prevent foreign interference. He was referring to military operations carried out by the Saudi-led Arab Coalition to restore the constitutional legitimacy in Yemen. Hardline newspaper Kayhan, a mouthpiece of Supreme Leader Ali Khamenei, described the killing of Saleh as an act of divine kindness.

From the beginning of the recent developments in Yemen, Iran ensured to adopt the Houthi view of the confrontations. Iranian media were the first to air the news of Saleh’s death announced by the Houthi media. But most importantly is that Iran attempts to use the development to send out direct messages to regional and international powers involved in the crisis in Yemen.

1- Accusing the UAE and Saudi Arabia of responsibility for escalating clashes in Yemen. Iran suggested that Saleh’s move to break up with his allies the Houthis was the outcome of understandings reached with the United Arab Emirates (UAE) in particular. It should be noted that in its comment on the developments, Iran associated its call to Yemeni political forces to initiate dialogue with its support for countering what it called “aggression”, implying that the Arab Coalition sought to break the Saleh-Houthi partnership to prove its ability to settle the conflict in Yemen and weaken the front led by the Houthis since they captured the capital Sanaa in September 2017.

That is why Iran’s major media organizations, and the official Fars News Agency, which is close to the Iranian Revolutionary Guards, were quick to publish statements made by Houthi spokesman Mohammed Abdel-Salam who said that it was the UAE who led the slain former president Ali Abdullah Saleh to his “shameful end.” Referring to what the situation in Yemen would be after the death of Saleh, the Houthi official said that the “biggest conspiracy that the aggression wanted to perpetuate and turn into a civil war was foiled.”

2- Making indirect threats to Riyadh and Abu Dhabi. Iran did this through the Houthis and by projecting and highlighting their claims that they had fired a “winged cruise missile” towards the Barakah nuclear plant in Abu Dhabi. The UAE immediately denied the claim noting the claims. Tehran considered that the missile was fired as a natural result of the UAE’s role in supporting armed confrontations between the Houthis and Saleh’s supporters.

This view was reflected by a comment by Javan Daily, which said the launching of the missile towards Abu Dhabi was only a natural result of sedition that the UAE attempted to sow and promote in Yemen by asking Saleh to turn against his three-year partnership with Ansarullah.

It is worth noting that the Iranian authorities have not take a position on these implicit threats to the UAE as it did with Kayhan on November 6, when the ultra-conservative newspaper ran the headline, “Ansarullah's missile launch against Riyadh, Dubai next target” two days after a ballistic missile was fired from Yemen towards Riyadh. The Iranian authorities suspended the newspaper for two days for violating instructions from the Supreme National Security Council.

The move indicates that Iran was keen to not to adopt the same position after it considered the current military confrontations in Yemen as an attempt to deal a strong blow to its influence and its use of the country as a launching pad for putting strong pressure on, and making serious threats to regional and international powers opposing its role, namely Saudi Arabia, the UAE and United States. US President Donald Trump’s new strategy on Iran, announced on October 13, 2017, target the roles of Iranian-aligned militias, especially the Houthis in Yemen and Hezbollah in Lebanon.

3- Taking advantage of the chaos in Yemen to support its expansionist policy. Despite its keenness on emphasizing the importance of dialogue between Yemen’s political parties to settle their differences, Iran is perhaps seeking to take advantage of the expected chaos in Yemen, after Saleh’s death, to support its regional role and counter pressures from unfavorable policies adopted by regional and international powers against it.

In other words, Iran may be viewing Saleh’s departure from the Yemeni political landscape and the prospect of Yemen becoming a “new Afghanistan” can support its own influence inside Yemen. Iran’s reliance on the Houthis right from the beginning of the crisis can encourage it to exploit potential chaos to manage its interactions with regional and international opponents.

The danger lies in Iran’s potential move to escalate its involvement in threatening the security and stability of Yemen’s neighbors using missiles in particular. Iran is already facing increasing regional and international pressure over its ballistic missile program, which indicates that it violates the nuclear deal and UN Security Council Resolution (UNSCR) 2231.

This became evident when both Germany and France on December 4, the same day Yemen’s former president Saleh was killed, called upon Iran to reverse its ballistic missile program and end its “hegemonic temptations” across the Middle East.

Undoubtedly, these calls will not push Iran to pursue a flexible policy but can push it to explore other less severe alternatives, such as using Yemen as a launching point to threaten the security of neighboring states with missiles acquired by the Houthis and proved by the UN to be Iranian-made. This would be of increasing importance for Iran if tensions with the United States escalate further, and especially if the US Administration of President Donald Trump moved to target Iranian proxies i.e. the sectarian Iranian-aligned militias operating in crisis-hit countries.

Iran may view the Houthis’ missile capability as an opportunity to target US interests. For instance, on October 9, the Houthi rebels fired missiles towards the guided-missile destroyer USS Mason while operating in international waters north of the strait of Bab el-Mandeb.

Nonetheless, Iran’s reliance on Saleh’s death will contribute towards supporting its influence in Yemen and moving to expand its strategy of proxy wars using  Yemen’s territory. This can impose several negative repercussions on Iran’s own interests and regional role because it would shine more light on the negative consequences of condoning its regional behavior. Moreover, this can be a prelude to taking stricter measures to counter Iran’s violation of international resolutions and UNSCR 2231 in particular that gives international legitimacy to the nuclear deal, as well as UNSCR 2216 on Yemen.

This was evidenced in international reactions to Saleh’s death. The United States called on all sides in Yemen to re-energize political talks to end the country’s crisis. Before that, a Trump administration official said the Houthis’ claims that they launched a missile at the United Arab Emirates demonstrated “how destabilizing this war is for the region and how the Iranian regime is exploiting the war for its own political ambitions.”

The fast-paced developments and moves suggest that the negative consequences of Iran’s regional interference will headline the standoff between Iran and some regional and international powers in the coming period, especially after the standoff went beyond disagreement about the nuclear deal to also include threats posed by sectarian Iranian-aligned militias operating in crisis-hit countries.