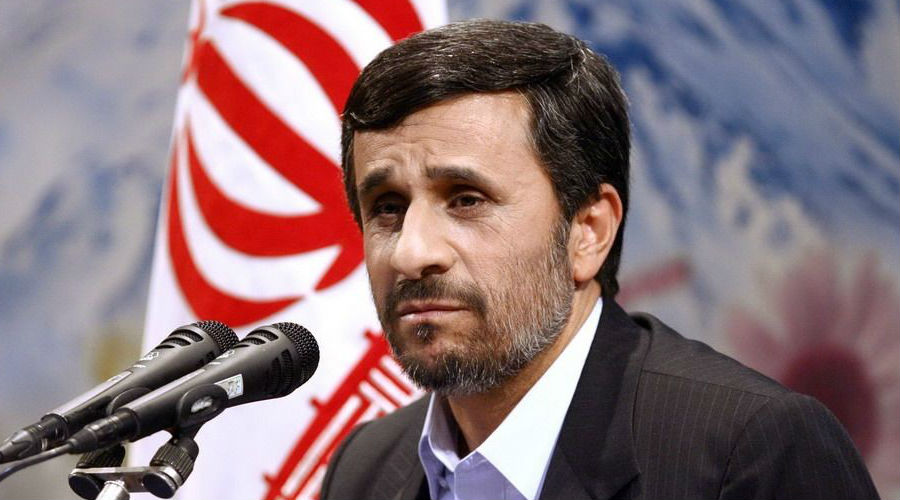 Former Iranian president Mahmoud Ahmadinejad is under pressure from his political rivals, and the conservative fundamentalists in particular. His critics accused him of corruption and mismanagement and now call for his removal from the Expediency Discernment Council that, as per the constitution, sets the state’s higher policies and advises the Supreme Leader in disputes over legislation between the parliament and the Guardian Council of the Constitution. The Expediency Discernment Council is also charged with supervising parliament affairs and qualifying candidates for elections.

Despite escalating disagreement between Ahmadinejad and Supreme Leader Ali Khamenei that started during his first term (2005-2013), the regime is yet to take strict measures against the former president.  The reason is that the regime wants to avoid a new political crisis that involves the presidency and the powers of the president, which is a cause of chronic tensions between the current president Rouhani and the Supreme Leader Khamenei.

However, this does not negate the fact that the regime would not exploit the charges against Ahmadinejad if he continues to play a political role that may affect the political balance of power and by extension its calculations. Thus the charges represent a leverage to which it resorts to if it deems it necessary.

Pressure on Ahmadinejad started to further mount in October 2017 when the General Inspection Organization announced that he had illegally spent more than US$1.3 billion of Iran’s oil income. Domestically, the announcement was of special importance because it came amid the regime’s efforts to re-open financial misappropriation cases against two of his Ahmadinejad’s top aides. His former vice-president Mohammad Reza Rahimi was sentenced in January 2015 to five years in jail after he was convicted of  corruption and embezzlement. Hamid Baghaei, his  vice-president for executive affairs, was detained several times on similar charges and his candidacy for the recent presidential elections was rejected by the Guardian Council for the same reasons.

The escalating pressure on Ahmadinejad and his aides can be explained as follows:

FIRST. The conservative fundamentalists seek to respond to Ahmadinejad’s registration as a candidate in the recent presidential elections despite being told not to by Khamenei. They considered his insistence to run for president as a challenge to the supreme leader and a bid to expand his popular support base especially among currents calling for reducing Khamenei’s powers.

Ahmadinejad’s decision was aimed at putting pressure on the Guardian Council of the Constitution to avoid its rejection of the candidacy of his former aide Hamid Baghaei, but the council disqualified both of them. This, however, did not deter the fundamentalists from moving to reduce the ex-president’s options by calling for his removal from the Expediency Council and re-opening the financial mismanagement case against him.

SECOND. As disagreement between Ahmadinejad and a large number of the regime’s institutions widened, many of the ex-president’s opponents emerged. He had a public dispute with Parliament speaker Ali Larijani over accusing his brother Fazel Larijani of attempting to receive bribes to settle cases against Saeed Mortazavi, former chief prosecutor. Moreover, Ahmadinejad’s ties with the Iranian Revolutionary Corps (IRGC) were not restored after he implicitly accused them of involvement in cross-border smuggling.

Tensions prevailed Ahmadinejad’s relationship with reformists because of his role in the 2009 political crisis after the so-called Green Movement staged demonstrations against the results of the presidential elections in which Ahmadinejad won a second term.

Nonetheless, the country’s top leader Khamenei adopts a cautious position to avoid a new crisis with Ahmadinejad, at least for the meantime. This was evidenced by Khamenei’s interest in re-appointing Ahmadinejad to the Expediency Council after it was formed in August 14, 2017.

Khamenei’s renewal of  Ahmadinejad’s membership at this time was not only driven by a keen interest in reducing the importance of the ex-president’s bid for presidency, which came as challenge to the top leader. Another reason was Khamenei’s desire to avoid stoking controversy about the critical situation of successive presidents whose tenures often ends with escalated tensions with the supreme leader due to overlapping powers between the two positions.

Ex-president Hashemi Rafsanjani too was put under strong pressure by the regime to remove him from some of his positions, or detain some of his sons over financial and political cases. Former president Mohammad Khatami’s relations with the regime were also strained for the same reason in October. Khatami’s support for the 2009 Green Movement’s protests. On October 7, he was reportedly put under restrictions and was banned from participating in any political activities for three months. The restrictions mount to house-arrest imposed on Mir-Hossein Mousavi and Mahdi Karroubi since February 2011.

However, at the same time, Ahmadinejad’s persistence to go too far in taking steps that might very well elicit resentment within the Iranian regime and even push it to impose restrictions on his movements and escalate the financial mismanagement case against him. This is especially so because Iran may witness critical milestones in the coming period that would require it to avoid any new domestic political crises.