The Prospects of Inter-Kurdish Fighting in Iraq 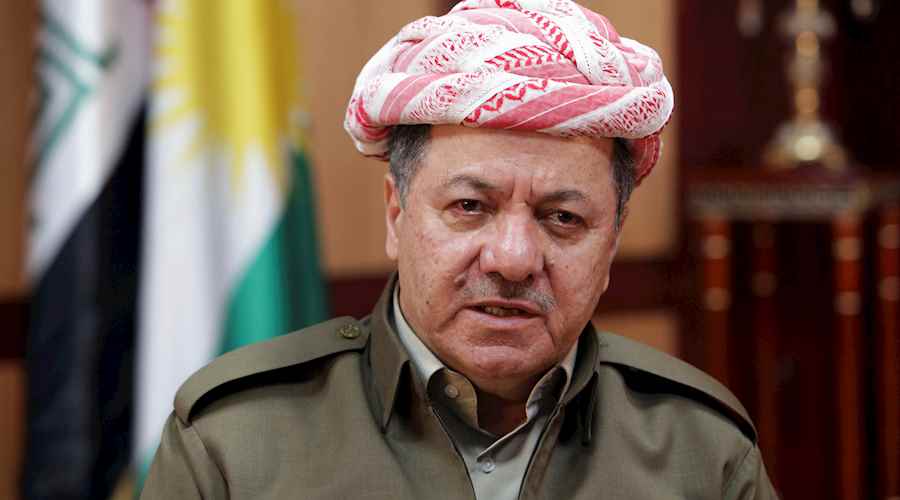 In the aftermath of the Iraqi forces control of Kirkuk, and expulsion of the Peshmerga forces, the acting president of Kurdistan regional government (KRG) Masoud Barzani condemned a number of Patriotic Union of Kurdistan (PUK) leaders for sending orders to the Peshmerga to withdraw from several positions that led the Iraqi forces to retake Kirkuk([1]). Similar accusations of treason were echoed by Barzani in a televised address on October 29, 2017, before which he declared that he will resign from his post as president of KRG([2]).

Moreover, Mala Bakhtiyar, Executive Head of the PUK politburo office said, “there is a grave danger” of the Iraqi Kurdish Region splitting into two administrations. This “is expected to cause civil war and regional and international interference”, he warned in a published statement([3]).

These statements shed light on one of the main causes of failure of the Iraqi Kurdish secession movement, which is lingering divisions among Iraqi Kurds, notably Kurdish Democratic Party (KDP) and PUK. This article will try to focus on these divisions, its causes, and possible ramifications for the future of Iraqi Kurdistan.

The relationship between KDP and PUK have always been tumultuous. Between 1994 and 1998, the two main parties fought a civil war in which Barzani asked Saddam’s forces to intervene, in order to defeat Talabani. The four-year conflict was brought to an end by US mediation in 1998, which consolidated the divisions in Iraqi Kurdistan among the two factions ([4]).

These efforts culminated in 2006, when the first unified Kurdish government, that included ministers from both parties convened. However, there were several indicators that the unification was not complete, as the security institutions (Peshmerga) affiliated to both parties remained separately loyal to KDP and PUK with nominal unification.

Furthermore, tensions between KDP and PUK intensified given their fear of Barzani's authoritarian tendencies who refused to step down from power in 2015. On the other hand, Gorran party criticized the authoritarian tendencies of President Barzani, and led a popular movement within the Kurdish parliament to unseat him, which led Barzani to retaliate by preventing the parliament from convening since October 2015. Accordingly, this increased tension between KDP and PUK, especially when the later signed a deal with Gorran on May 17, 2016 whereby they agreed on a joint action platform that will bring the two parties together on both the Kurdish and Iraqi political scene.

The agreement between the two parties is not only important because it ends nearly seven years of hostile relations between the two sides, but is likely to present a counterweight to the KDP([5]).

The cold war between KDP and PUK extended further to Syria, where the KDP imposed some sort of blockade over the adjacent Syrian territories under the control of Democratic Union Party (PYD), because the latter is closely aligned to Kurdistan Workers' Party (PKK) and PUK([6]). The PYD has since refused to share power with KDP affiliates in Syria, notably the Kurdish National Council (KNC)([7]).

There were several indicators of the rising tensions between both factions, which could be summarized as follows:

1-   Different position on the referendum: While the KDP was vocal for its push towards proceeding with the referendum on independence, the PUK and Gorran movement objected the move. It even adopted a more conciliatory tone towards postponing the referendum, and accepted all international efforts to mediate between the KRG and the Iraqi government to reach a possible compromise.

Furthermore, this was not an elitist position; rather this position was also reflected in Sulaimaniyah governorate, where 66 percent of those interviewed in Sulaimaniyah and Halabja either expressed their rejection to independence or indicated that they will abstain, as shown by surveys conducted just before the referendum. It is noteworthy to pinpoint that most  of them consider the referendum as a tool by Barzani to remain in power, and distract the people from corruption accusations and the deteriorating economic situation([8]).

2-   Barzani utilization of PUK divisions: The conflict over who will succeed Jalaa Talibani, the PUK founder, just started before his death on October 3, 2017. Two main factions could be identified: one faction is led by Hero Talabani, Jalal’s widow and his sons([9]). The other faction is led by Kosrat Rasul Ali, first deputy of PUK, and Barham Salih, second deputy, who formed a new entity in 2016 called “decision-making center”, with an attempt to take control over the PUK away from Talibani's family. Hero responded by declaring that this new entity is illegal([10]). To make matters worse, the second faction was aligned to Masoud Barzani. Rasul, who is the Vice President of Barzani, accused certain factions within PUK, in colluding with the Iraqi forces to withdraw from Kirkuk with the advancement of the Iraqi army([11]), thus adopting the same position of Barzani, while Barham Salih, appeared regularly with Barzani during the referendum bid([12]). This infuriated the Hero-led faction, and consolidated its alliance with Gorran, against what is perceived as Barzani’s attempt to dominate Kurdish politics.

Several indicators suggest that Hero and Talibani’s sons are wining this power struggle. Firstly, Rasoul lacks any strong support base among PUK ranks, while on the other hand Barham Salih, doesn’t enjoy the support of PUK's military commanders who have maintain senior positions in the party([13]).

Moreover, Hero faction has the support of Peshmerga forces allied to PUK. This was evident when it ordered the withdrawal of these forces, from Kirkuk. On the other hand, negative public opinion in Sulaimaniyah governorate about Barzani means that this will affect the popularity of Rasoul and Salah, who aligned themselves to Barzani.

3-   Kirkuk withdrawal: Nouri al Maliki, former Iraqi prime minister, hinted that the PUK faction, which is led by Talabani’s family, has proven that they are supporting Iraq’s unity([14]). The Iraqi takeover of the oil-rich Kirkuk, facilitated by a secret deal reached with Baghdad by Barzani’s rivals in the PUK party, and partly brokered by Iran([15]). However, this story was refuted by Bafel Talabani, Barzani's son, who insisted that the withdrawal was “tactical” and only made after its military leaders saw almost 100 men lost facing an enemy vastly “superior in firepower”([16]).

The claims of collusion between Peshmerga affiliated to PUK and the Iraqi government was utilized by Barzani to justify his defeat in front of the Iraqi army, and to deflect attention from the military setback on PUK. However, the defeat in Kirkuk represented a significant blow to Barzani, whose position weakened after he lost Kirkuk and other disputed territories. These accusations inflamed societal divisions, as the offices of the PUK and Gorran were set on fire in Zakho district in the province of Duhok([17]), which is controlled by KDP.

Taking in consideration the above-mentioned developments, it is expected that Talibani faction within PUK will assert its control over the party. This was evident as the President of Iraq Fuad Masum, a PUK member himself, signed a decree to remove Najmaldin Karim, the former governor of Kirkuk, who authorized the illegal participation of the government in Barzani’s referendum, as well as his role for urging the Iraqi Kurdish to vote for independence. Furthermore, PUK has nominated Rizgar Ali, a politburo member of PUK, as a replacement for Kirkuk governor([18]).

It is expected that PUK will deepen its understanding with the Iraqi government. A development that will protect the Iraqi national integrity, and that will further isolate the KDP. Furthermore, divided Kurds will be in favor of protecting the Iraqi sovereignty. Furthermore, Since PUK was more willing to cooperate with the Iraqi government; it is expected that Baghdad will capitalize on this and allow money transfers from the Iraqi central budget, which the government stopped transferring from Baghdad. This will help the PUK to pay for payrolls for public servants and hence enhance the legitimacy of PUK in the coming elections.
As for the relations between KDP and PUK, it is expected that tensions between both parties will continue, and that will result in parallel administration for Irbil and Sulaimaniyah, even if the Kurds kept their nominal unification under the umbrella of the KRG. A worst-case scenario would be the division of the Iraqi Kurdish region between two federal regions, which will affect negatively any bid for Iraqi Kurdish independence in the foreseeable future. However, the Iraqi government should utilize this opportunity to resolve lingering problems with Iraqi Kurds, in a way that guarantees the unity of Iraq, and fair power-sharing among Iraq’s various ethnicities.

[2]) President Barzani: There was a plan to destabilize Kurdistan, Rudaw, October 30, 2017, accessible at: https://goo.gl/DqCdPo

[7]) Bilal Wahab, Iran's Warming Relations with the PKK Could Destabilize the KRG, Washington Institute for near east policy, February 6, 2017, accessible at: https://goo.gl/b6Hyj2

[8]) Megan Connelly and Dastan Jasim, Not All Iraqi Kurds are On Board with Referendum, Middle East institute, September 21, 2017, accessible at: https://goo.gl/kTkbpw

[14]) Maliki Thanks PUK Faction Which Facilitated the Occupation of Kirkuk by Shi’ite Militias, Basnews, October 17, 2017, accessible at: https://goo.gl/CbnUwv