After Trump's Speech: Potential Trajectories of the Struggle between Washington and Tehran 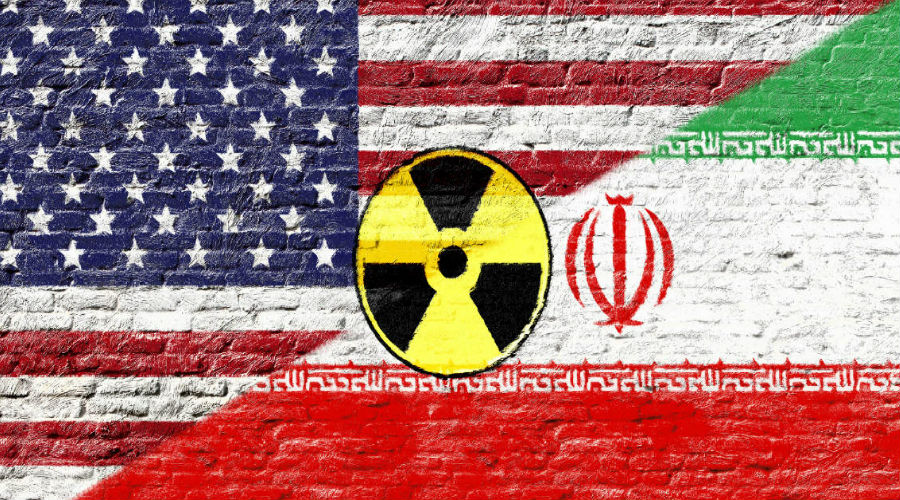 US President Donald Trump launched a strong attack on Iran in an October 13, 2017 speech indicating that escalation between the United States and Iran has entered a new phase, especially after Washington announced a new strategy for dealing with Iran. Although Trump has not withdrawn from the 2015 deal which he continues to view as the “worst deal ever” and although the Department of State has not blacklisted Iran’s Revolutionary Guard Corps (IRGC) as a terrorist organization, Washington is bent on taking more escalatory measures to deal with the nuclear and other regional threats posed by Iran’s policies. The Trump Administration's most recent measures against Iran may not be the last in the coming period.

1- Linking the risks of the nuclear deal to Iran’s threats to the region. This became more evident by Trump’s emphasis on the negative consequences of Iran’s regional policies that spread chaos, exacerbated crises while also attempting to strengthen its capabilities to produce nuclear weapons. In light of this, it can be said that the Trump Administration embraces a policy that is greatly different from policies pursued by other international powers, namely Russia, China, France, Britain and Germany, towards the nuclear deal. Generally, these policies tend to separate Iran’s compliance to the technical terms of the deal i.e. lowering its uranium enrichment levels and using first-generation centrifuges, from the political aspects of the deal that the Trump Administration is focused on.

Hence, these international powers’ keen interest not to adopt Trump’s frequent accusations that Iran is “not living up to the spirit” of the agreement and incessantly, seeking to interfere in the internal affairs of other states in the region, taking advantage of the funds unfrozen under the nuclear deal to support terrorist organizations and strengthening its influence in crisis-hit states.

This stance was best expressed by the High Representative of the European Union for Foreign Affairs and Security Policy Federica Mogherini, on September 21, 2017, when she said “that all sides are implementing - so far - fully the agreement”, and emphasized that Iran is fully complying with the terms of the international agreement.

Trump’s linking of the nuclear deal to Iran’s activities in the region became evident in Washington’s new strategy which is more focused on neutralizing Iran’s destabilizing influence in the region and its support for terrorism while also reviving regional alliances against Iran’s  regional sabotaging role, the IRGC’s malicious activities, countering threats posed by Iran’s ballistic missiles and prevent Iran from acquiring any nuclear weapons.

2- Expanding the list of targets. Remarkably, Iran is not the only target of President Trump’s criticism. He also pointed to the negative aspects of policies pursued by the administration of his predecessor Barack Obama towards Iran. Trump implied that the Obama Administration is to blame for the current outcome of the deal. For him, the Obama Administration was keen on lifting the powerful sanctions imposed on Iran and allowing it to use the unfrozen funds to expand its destabilizing role in the region, boost the development of its nuclear program and revive its economy thus mitigating a serious crisis that the Iranian regime could not have been able to deal with in a positive way before the nuclear deal was reached.

In other words, Trump seeks to reiterate the fact that he has limited options for dealing with the nuclear deal, which is one of the results of Obama’s policy that overlooked threats posed by Iran’s regional role and ballistic missiles while not insisting on the need to link the implementation of the deal to efforts towards supporting regional stability. Moreover, Obama’s policy ignored the too broadly-worded phrases included in the text of the nuclear agreement thus allowing Iran to move freely using a wider room for maneuver to circumvent the deal due to the absence of a powerful deterrent.

3- Putting pressure on partners. Although President Trump has not withdrawn from the nuclear deal, he did warn that he can use this option if issues raised by his administration are not solved. In particular, his administration has concerns over Iran’s ballistic missiles program and technological restrictions that would be lifted ten years after the deal, as well as more strict inspections of Iran’s facilities suspected of carrying out activities as part of its nuclear program away from the supervision of the International Atomic Energy Agency. Hence, it can be argued that Trump does not solely seek to put pressures on Iran to force it to change its policies towards these issues, or even accept changes to the nuclear deal. Most importantly, perhaps, is that Trump wants to push his European partners to take a stance that is closer to that of United States. This, in Trump’s view, can decrease options for Iran, which seeks to expand divergence between the U.S. and Europe to support its own ability to counter pressures from the U.S.

That is to say, Trump is trying to emphasize that if European powers do not interfere to put pressure on Iran to accept changes to the nuclear deal or become more responsive to demands set by the United States, they will be responsible for United State’s withdrawal from the deal. This is primarily because of the loopholes that it cannot afford to ignore because they pose serious threats to its own national security and interests.

Undoubtedly, Trump uses this argument to respond to statements made by some European officials who not only reiterate that Iran is complying with the nuclear deal but also stress that there is no need to make changes to the deal.

4- Focusing on other issues. President Trump is keen on expanding his criticism of the Iranian regime by also focusing on other issues such as human rights and political freedom in Iran. He previously attacked Tehran for suppressing the 2009 protests, insisting on using its own national resources to support terrorist organizations operating outside its territory as well as being involved in terrorist attacks that killed US citizens.

Nonetheless, the success of the US Administration's new strategy for dealing with the risks of  Iran’s nuclear program is determined by two key variables. The first is the US Congress’ position to be announced within sixty days after President Trump declared that he is decertifying the nuclear deal. Congress’ position will impact the potential trajectories of the deal as well as the positions of involved world powers.

The second variable is the reactions of world powers to the United States’ new strategy that will affect pressures on Iran in the coming period, thus contributing towards determining their ways of dealing with this strategy. Accordingly, this indicates that struggle between Washington and Tehran has entered a new phase, not only because their disagreement about the nuclear deal, but also because of regional crises exacerbated by Iran’s interference in the internal affairs of other states in this region.