Can Regional Crises be Separated from the Nuclear Deal? 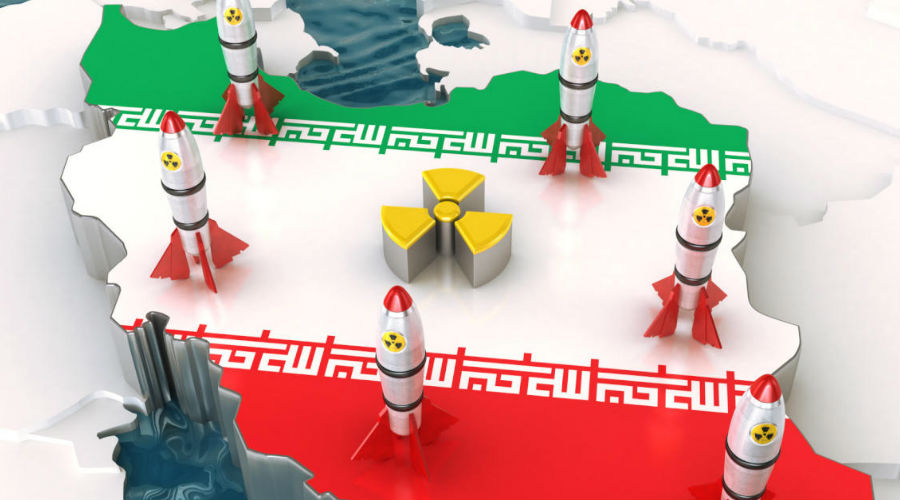 World powers involved in the Iran nuclear deal, including the European Union, Germany and France, have expressed concerns over the fate of the agreement reached in mid-July 2015. These powers' view is that the already widening disagreement, and a recent exchange of accusations and criticism between Iran and the United States during the latest United Nations General Assembly, suggest implementation of the deal will be blocked by several obstacles that can eventually lead to its collapse. In particular, such a potential course would mean a return to the beginning of the crisis of Iran's controversial program that caused severe tensions in the whole region and beyond before more than 12 years of talks eventually led to the signing of the 2015 deal  between Iran and the P5+1 group of world powers.

To avoid having to start the whole process over again from scratch, these powers are making efforts to reduce disagreement and achieve convergence of views between Washington and Tehran. What stands out in this context is that these concerned powers are not solely focused on the technical aspects of the deal including ballistic missile tests that Iran insists on, despite international condemnation, and that constitute a primary point of contention, as well as the lifting of sanctions against Iran ten years after the signing of the deal. Rather, they started to throw light on the political and security aspects of the deal, including Iran's destabilizing actions in this region and its support for terrorist organizations.

Focusing on the political and security aspects of the nuclear deal is due to the concerned states' increasing interest in the policy pursued by the US Administration of President Donald Trump which associates the nuclear deal with Iran's role in the regional arena. That is, the Trump Administration believes that one of the goals of that should be achieved through nuclear deal is to strengthen stability in the Middle East. The deal, according to this view, should spare the region a new military confrontation impacting the interests and security of involved states, and also spare these states from running a nuclear arms race.

But steps taken by Iran after signing the deal have instead produced counter-productive results that, in the United States' view, escalated tensions in the Middle East and blocked efforts made by several parties to reach political settlements for various regional crises.  Iran was keen on spending part of its unfrozen assets as part of the deal to expand activities carried out by the Quds Force, the overseas operations arm of the Iranian Revolutionary Guards. That is why U.S. officials continue to accuse Iran of violating "the spirit of the nuclear deal" although they confirm its compliance to the terms of the technical aspects, such as the level of uranium enrichment, the quantity of heavy water that Iran is allowed to keep within its border according to the deal.

Within this context, US Secretary of State Rex Tillerson said, on September 20, 2017, that Iran is in technical compliance with the nuclear deal but said that the plan has not stopped the threat posed by Tehran and that the U.S. complaints about Iran remained political.

Despite taking positions that are not different from the Trump Administration' view of the deal, the concerned powers try to prevent the negative consequences of Iran's actions from impacting the deal. That is why German Foreign Minister Sigmar Gabriel said, on September 20, 2017, that he accepted the U.S. position that Iran's behavior in the Middle East had not improved since the deal, something which he described as a matter of time that needs attentions but is not part of the deal.

It is, perhaps, possible to argue that this issue in particular was a key item on the agenda of talks held by the foreign ministers of Iran and the P5+1 group of world powers under the aegis of the High Representative of the European Union for Foreign Affairs and Security Policy Federica Mogherini, on the sidelines of the UN General Assembly in New York on September 20, 2017. Significantly, Mogherini was keen to stress that "other issues outside the scope of the nuclear deal might be tackled in different formats." Mogherini, who is also the coordinator of the Joint Commission of the JCPOA, added that other issues such as the crises in Syria and Yemen should be discussed within a separate framework.

The recent development was marked two significant indications the first of which is that some world powers now have the view that Iran's policy towards the region has certainly destabilized the region and supported the expansion of terrorist organizations in crisis-hit countries. However, at the same time, these powers are concerned that the United States' insistence on associating this policy with the nuclear deal can produce repercussions for the deal and even end it.

The second indication is that,within some concerned states, there are views that understandings about those can be reached with Iran so as to help strengthen the nuclear deal against any potential repercussions caused by Iran’s role in the said regional issues. Several Western-based think tanks adopt the same view emphasizing the importance of engaging in new non-nuclear talks and not a confrontation with Iran.

Nonetheless, these calls for non-nuclear openness to Iran are facing three primary hurdles. Firstly, Iran itself will reject these calls because its top leadership, represented by Supreme Leader Ali Khamenei, will use the US policy on the nuclear deal to validate its argument that it would not be fruitful to enter into new negotiations with the international powers, even if such negotiations are backed by President Hassan Rouhani and the moderates.

A second potential hurdle is that Tehran is not able to prove that it can live up to strict international commitments. Its failure is evidenced by its deliberate violation of the terms of the nuclear deal and taking advantage of some vague phrases in the text of the JCPOA. For instance, it violates a provision banning it from engaging in any activities relating to the development of ballistic missiles designed to carry nuclear weapons. In other words, Iran continues to be keen on testing this kind of missiles.

The third hurdle blocking efforts to preserve the nuclear deal is that some European states now believe that Iran’s regional actions do pose an actual issue for the deal that needs to be settled to ensure the survival of the deal. This was emphasized by French President Emmanuel Macron saying on September 20, 2017, in New York that the Iran nuclear deal was not enough given the evolution of the regional situation and increasing pressure that Iran is exerting on the region, and given increased activity by Iran on its ballistic missiles since the accord.

That said, it can possibly be concluded that the Iran nuclear deal is facing difficult options, due to Iran’s continued violations as well as a gradual convergence of policies pursued by the United States and some European states to address the repercussions of Iran’s actions in the Middle East.